Three arrests after ‘brothel’ raids in Hove and Worthing

A house in Blatchington Road, Hove, was one of four addresses raided by police yesterday in an investigation into prostitution, which led to three arrests. 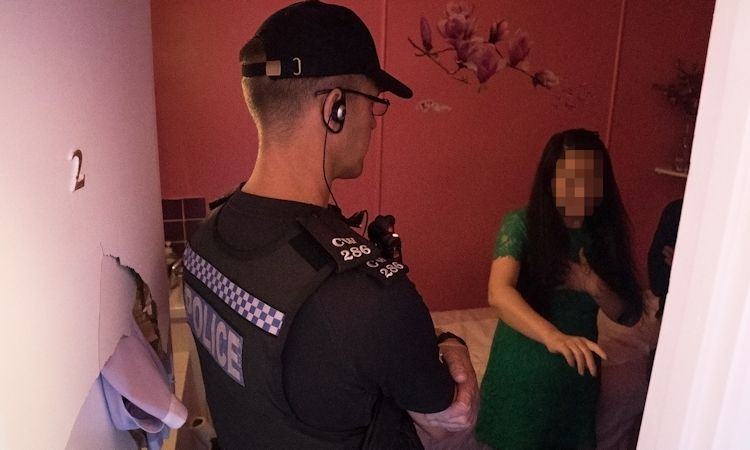 Sussex Police also seized a significant amount of cash during the raids in Worthing and Hove, and have referred a number of women believed to be working as prostitutes to the care of the council.

A 64-year-old man and a 49-year-old woman, both from Worthing, were arrested on suspicion of acquiring, using or possessing criminal property.

A 59-year-old man, also from Worthing, was arrested on suspicion of acquiring, using or possessing criminal property and keeping or managing a brothel used for prostitution. The two men remained in custody on Wednesday morning (20 September) for further questioning.

A third man was also arrested on suspicion of paying for services of a prostitute and has been released under investigation.

The warrants in Ham Road, South Street Tarring, Selden Road, Worthing, and Blatchington Road, Hove, were part of an intelligence-led operation aimed at targeting those engaged in organised crime relating to the trafficking of women for the purpose of sexual exploitation.

In addition to the arrests, a number of women, believed to be working as prostitutes have been identified and Sussex Police are working closely with other agencies including the Adur and Worthing Councils’ Safer Communities Team and local health providers to ensure that they are given the appropriate level of care and support.

A 49-year-old woman, from Worthing, was arrested on suspicion of acquiring, using or possessing criminal property but was subsequently released without charge.

Chief Inspector Miles Ockwell, district policing commander for Worthing, Adur and Horsham said: “Yesterdays operation was the result of a significant amount of planning by many agencies working together to ensure that we could safeguard those we believe to be at risk of exploitation.

“We will continue to focus on targeting those who are engaged in organised crime and who gain from the exploitation of vulnerable people.”

If you have any concerns or if you have been affected by a similar case please report online or call 101 and arrange to speak officers in confidence.