A Brighton schoolgirl has been reported missing, Sussex Police said.

The force has asked for the public’s help in trying to find 15-year-old Courtney Marsh, who lives in Worthing and goes to school in Brighton. 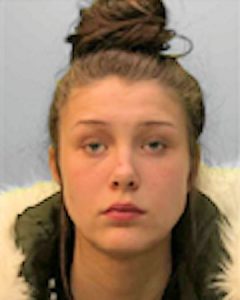 Sussex Police said: “Police are concerned for the welfare of Courtney Marsh, who has been reported missing.

“Courtney, 15, from Worthing, was last seen outside her school in the Florence Place area of Brighton and Hove at around 2.15pm on Monday (25 September).

“She is described as white, 5ft 5in, of slim build and with a fair complexion. She has long, dark brown hair. It is not known what she may be wearing.

“It is thought she may still be in the Brighton and Hove area, or may have travelled to Croydon.”

PC Lucie Collier said: “We are concerned for Courtney’s wellbeing because of her young age.”

Anyone seeing Courtney or who knows where she might be is asked to contact Sussex Police online or phone 101, quoting serial 1490 of 25/09.