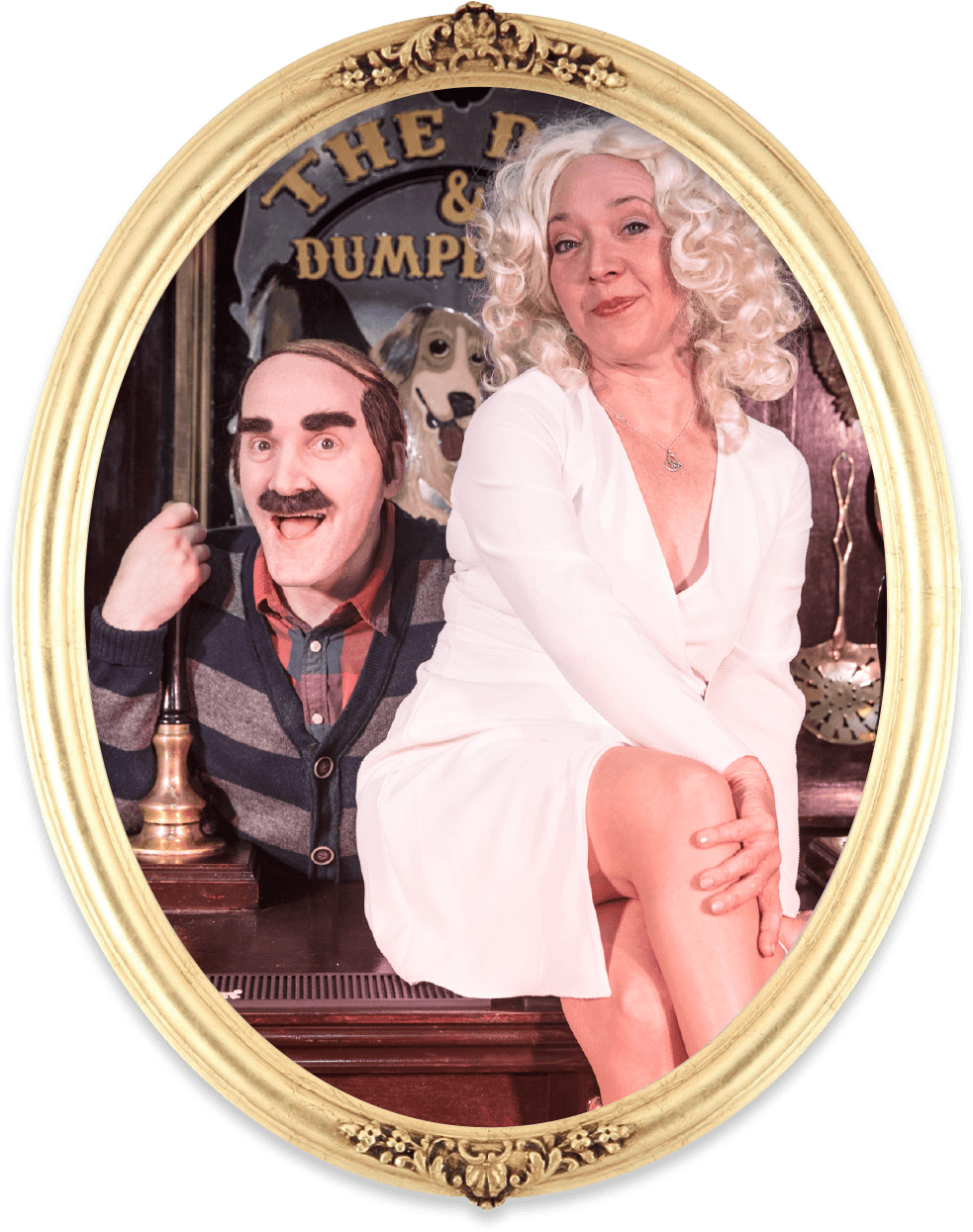 Boogaloo Stu and Flick Ferdinando’s dark comedy takes aim at the gentrification of boozers, a sinister site regularly seen in The Smoke these days.

I walked down a Shoreditch street recently and saw the front line itself. One side was lined with dodgy-looking lock-ups and worn tyres, while the other glinted in the sunlight like a set from The Wizard of Oz.

Brightonians are no strangers to “progress” either, losing a number of beloved watering holes on muesli mountain alone – The Unity now flats, the Horse & Groom a shell. At least The Greys has been saved – for now.

Last Orders At The Dog & Dumplings centres on publicans Kevin and Babs Chisholm as they battle to save their eponymous pub from dodgy developers, also played by Stu and Ferdinando who operate the puppets and shift the furniture about as well.

Their crackling rapport aside, the pair garner some of their biggest laughs from dragging innocent members of the audience into their down-at-heel shenanigans. Audience members get to down shots, join in the protest, sing along to music hall classics, take part in the meat raffle and get showered with crisps and nuts.

One unwary participant, Mandy, almost steals the show perched on her barstool. She is so good you fear a “plant” but it is Ferdinando’s promptings that set her up for the killer lines.

Random mishaps such as flapping moustaches, wardrobe malfunctions and props left in the wrong place all add to the glorious chaos, while the bar itself is just the sort you see in the spit and sawdust pubs of yore.

The musical accompaniment is provided by Craig Mathewson, Simon Booth and the incomparable Jason Pegg, who is one half of nascent music hall duo Cooper & Blonde and musical genius in The Fish Brothers, to name two of his many projects.

Pegg is harangued into playing cheesy tunes while the score covers everything from rap to Vera Lynn and the ending is accompanied by a twisted rendition of Leslie Sarony’s Ain’t It Grand To Be Bloomin’ Well Dead.

Sex, swearing, drinking, crisps and music hall. What more could you possibly want from a night down the pub?