Quirky evening in Sussex with The Lovely Eggs 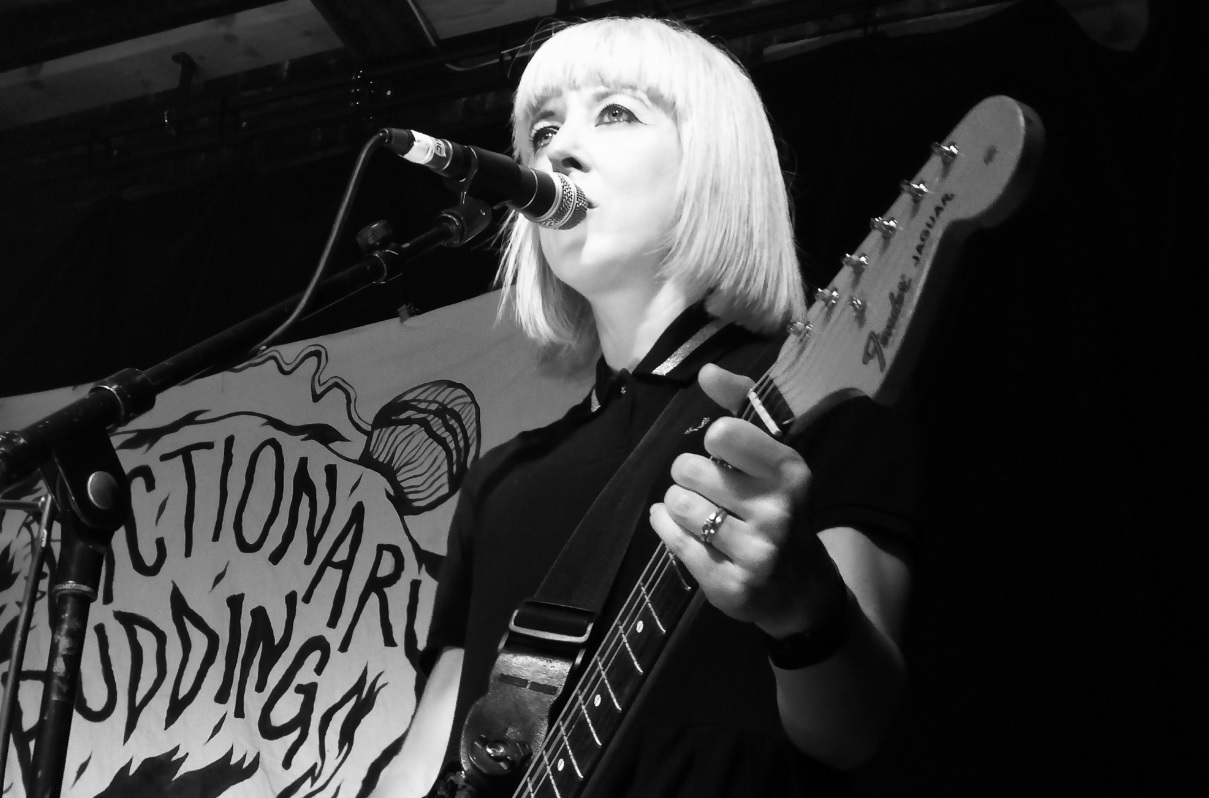 Holly Ross from The Lovely Eggs live at The Printworks, Hastings 27.5.18

I personally feel as though I gravitate towards the latter and thankfully I am not alone. It seems that there are a vast majority of like minded folk in Brighton that have that ‘out of the box’ thinking. Whether it be their choice of interior design, their clothes, their outlook on life or their choice of music. 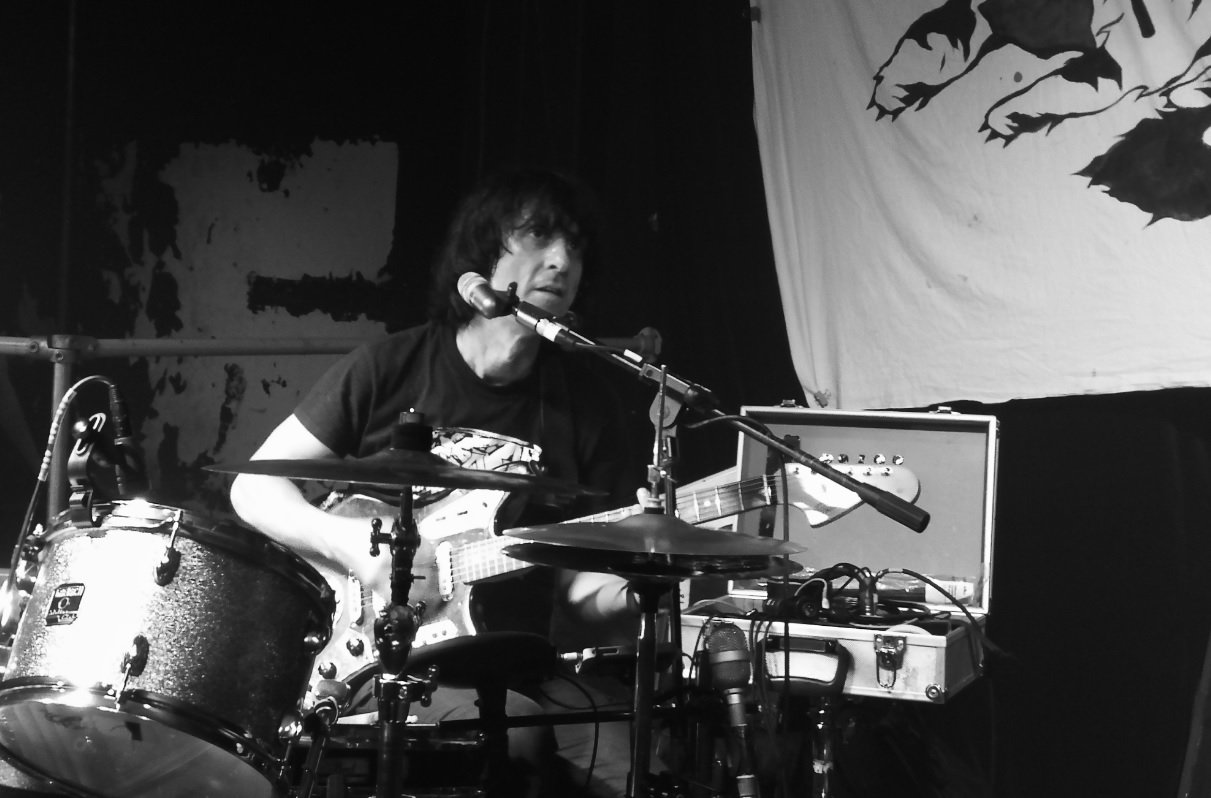 David Blackwell from The Lovely Eggs live at The Printworks, Hastings 27.5.18

However, these Brightonians are not alone in this, as if you head exactly 300 miles north, you would find yourself in Lancaster. This county towns population is 52,234. For this article, I wish to skip 52,232 of the good folk and simply zoom in on just a couple of them, namely Holly Ross & David Blackwell, from psychedelic punk rock band The Lovely Eggs, who formed in 2006.

It appears to me that David and especially Holly are certainly off on a tangent. Now, some might state the obvious and tell me that it was a full moon last night and this can apparently make certain people different in some way and so Holly and David’s concert at The Printworks in Hastings yesterday was a consequence of this. Naaaah, I’m not buying that! They see things differently and thank God for that! 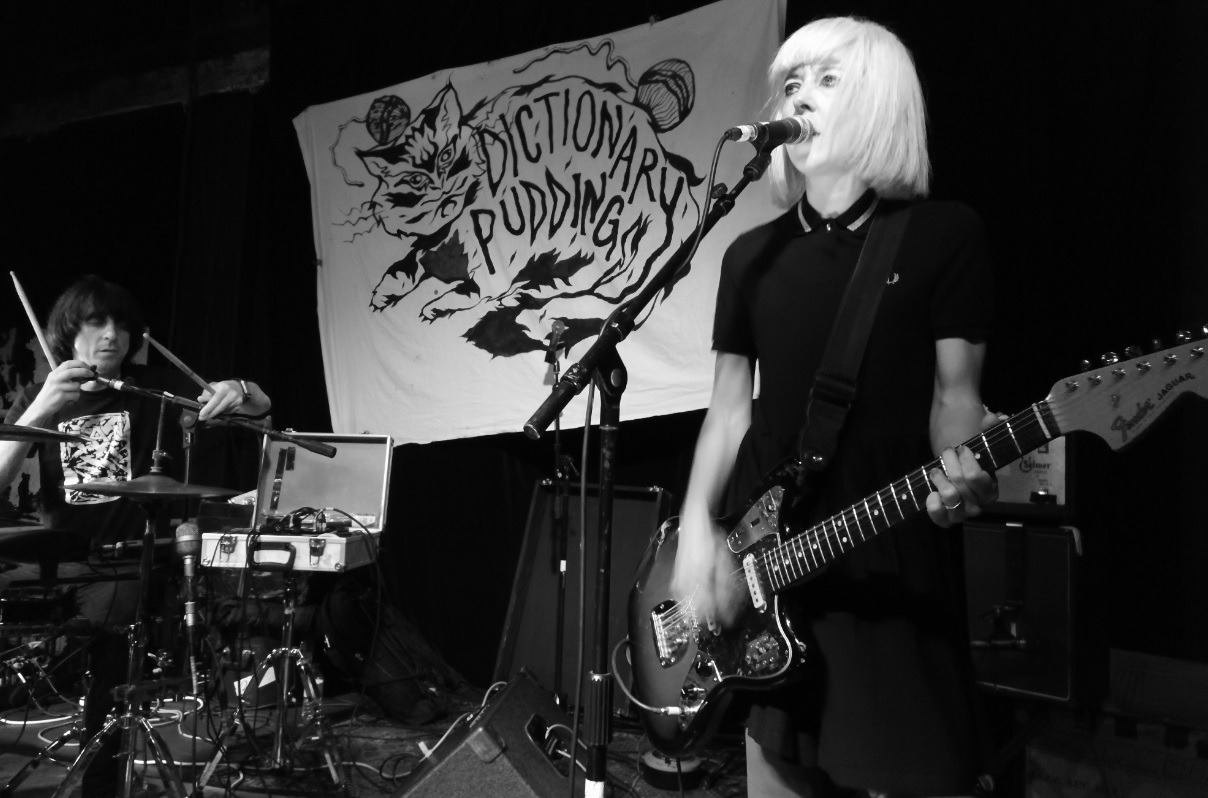 The Lovely Eggs live at The Printworks, Hastings 27.5.18

I can’t actually currently think of a single act that is like them. Musically they blend, psychedelia with punk and indie-rock and write about such unusual things, such as ‘Wiggy Giggy’ and ‘Panic Plants’. Their 2011 album was titled ‘Cob Dominoes’ and they released a single from the album called ‘Don’t Look at Me (I Don’t Like It)’, for which the video featured a guest appearance from ‘John Shuttleworth’ (aka Graham Fellows aka Jilted John) as the man with the sausage roll thumb – random eh? 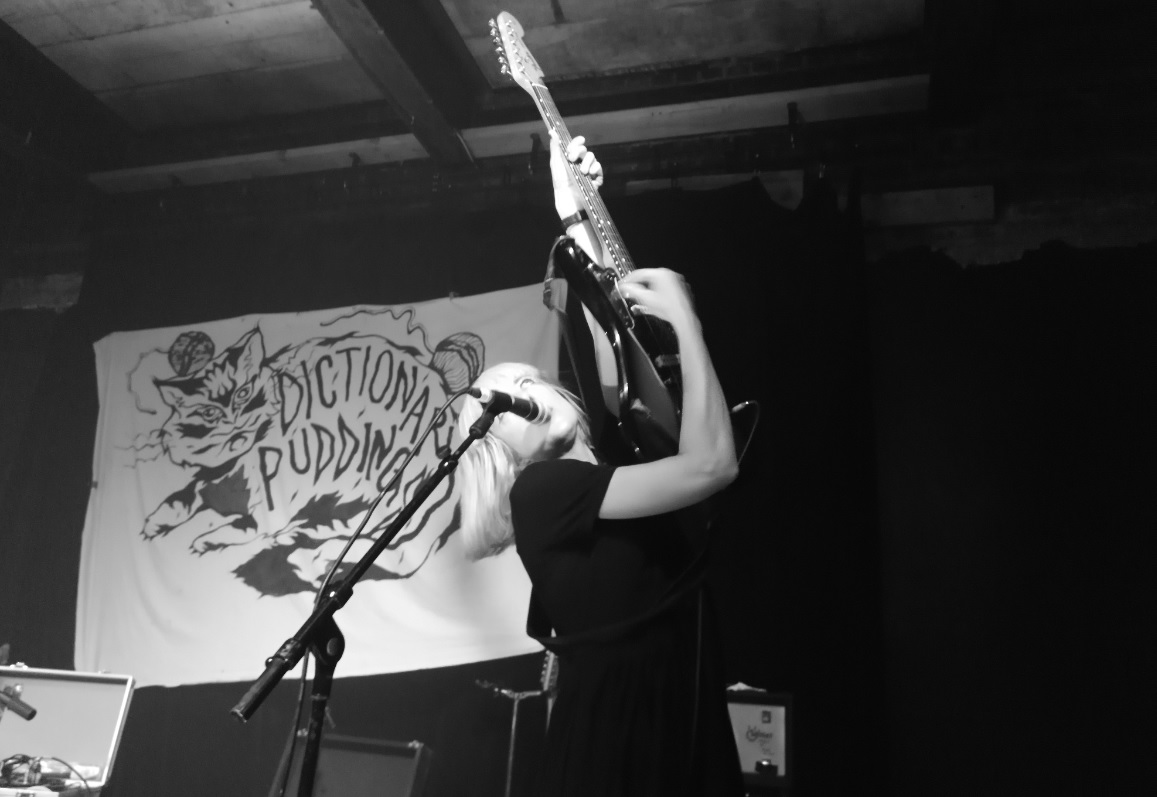 Holly Ross of The Lovely Eggs live at The Printworks, Hastings 27.5.18

Having said that, The Lovely Eggs produce great music, so much so that they are currently sitting pretty at No.2 in the UK’s Official Vinyl Singles Chart with their new single ‘Big Sea’, which came out on ltd edition surf blue vinyl on 18th May on Egg Records. Watch the video HERE.

No wonder most dates on their current tour have quickly sold out, including their East Sussex date. Likely something to do with their northern charm and great tunes. We picked up on this last November and reviewed their Brighton concert, which you can read HERE. 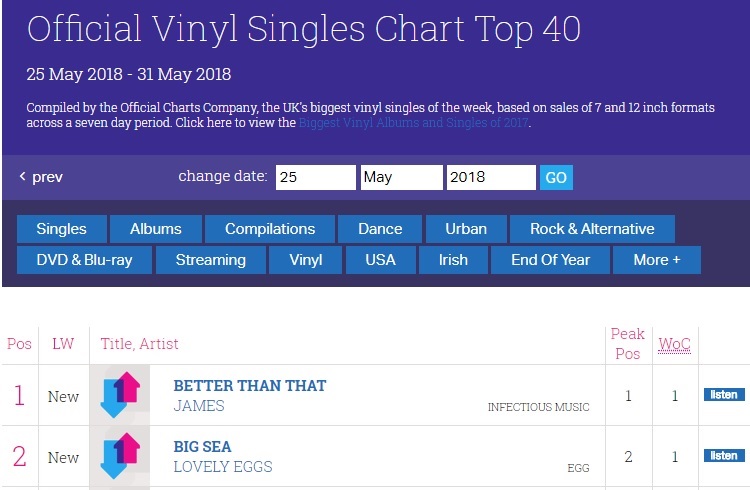 Their Printworks gig was rammed to capacity with punters of varying styles, but all getting on in a Bank Holiday Sunday revelry type of way – a little feisty and Holly thrives off of this.

The duo, who have gained recognition on BBC Radio 1 and BBC Radio 6, performed an enthralling 15 song set of tunes for us as can be seen by the unusually written setlist below (that I have slightly altered so as not to offend anyone). It should be almost accurate, although David did actually on the spur of the moment play guitar for one of the songs instead of drums, so I think they possibly threw an extra one in, unless that was ‘Goofin Around (In Lancs)’. 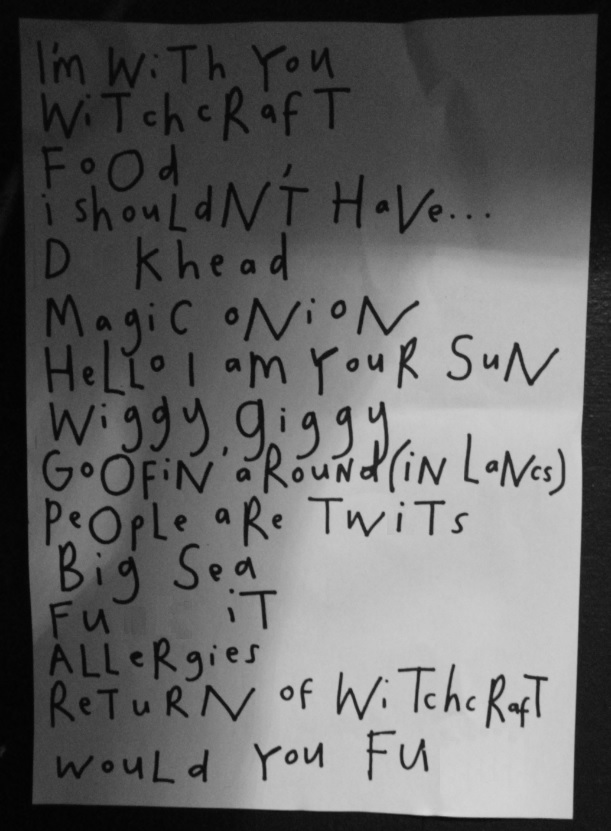 The setlist from the Printworks gig

Holly was brave enough to climb on top of the speakers and didn’t ladder her brightly coloured leggings/stockings, and was easily able to get the crowd going with a singalong. 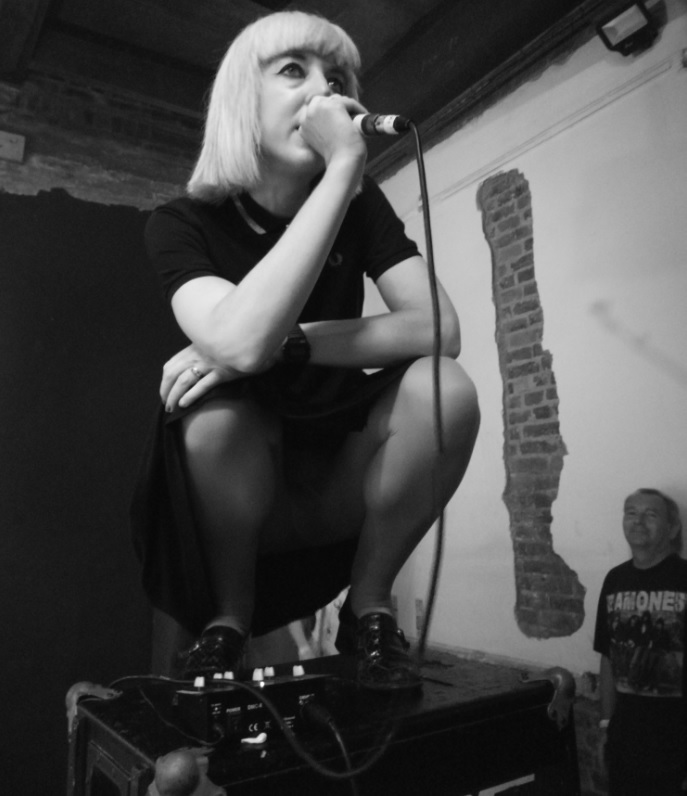 Holly Ross from The Lovely Eggs live at The Printworks, Hastings 27.5.18

So once again an ‘eggs-traordinary’ night from The Lovely Eggs.

There were two support acts, the folk-pop Mr Ben & The Bens and fringe poet/comedian Rob Auton. 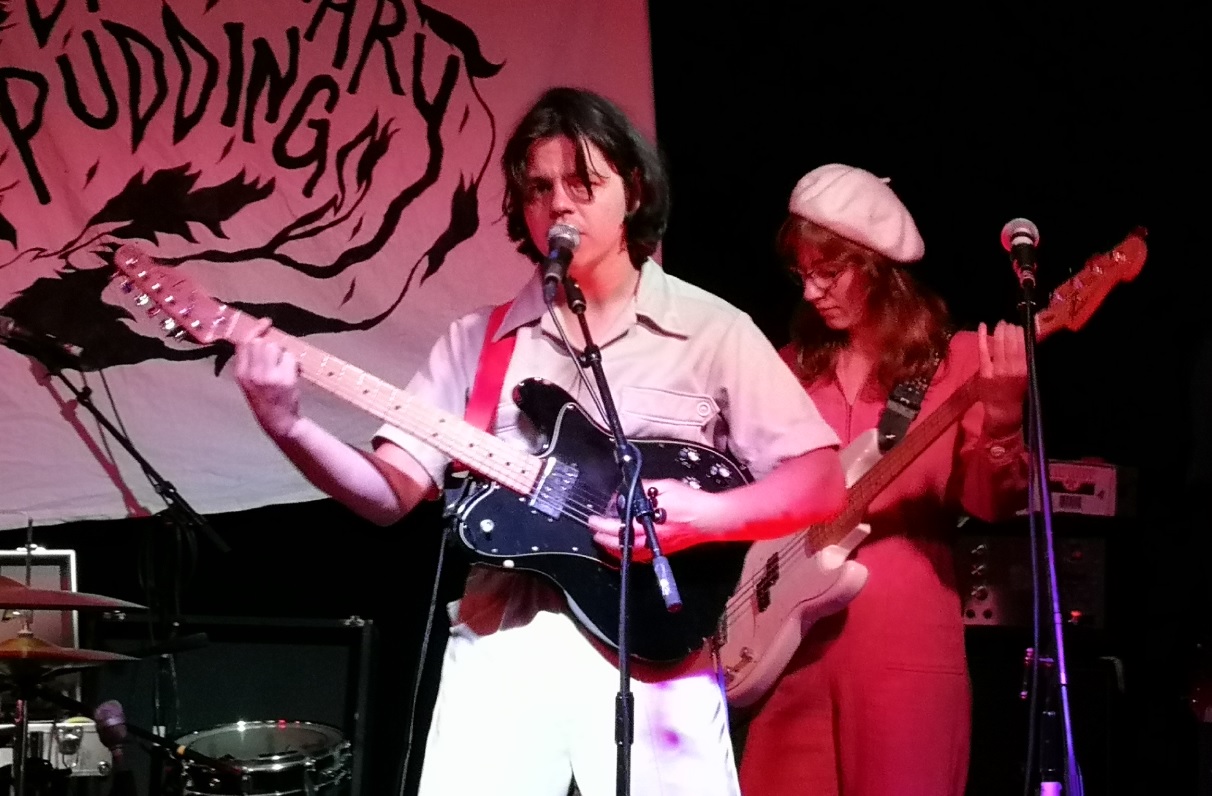 Mr Ben & The Bens were first up and they went down very well with the crowd. They were also geeky and come from Lancaster. Technically speaking it is just the work of Ben Hall and he had enlisted some mates (Zak drums, Lauren bass, Tom guitar and keys, although no sign of new percussionist Barbara) in order to play an entertaining set.

What did we learn about Mr Ben? He didn’t change his clothes in the shop and never purchased anything – poor shopkeeper! But he used to have a dog called Alan and that he formerly worked in a Boat Museum and next month he releases his ‘Happy Shopper’ EP. He also spent some time on Hastings beach before the concert and went for a swim and was sick and was an endearing character. That’s about it really. 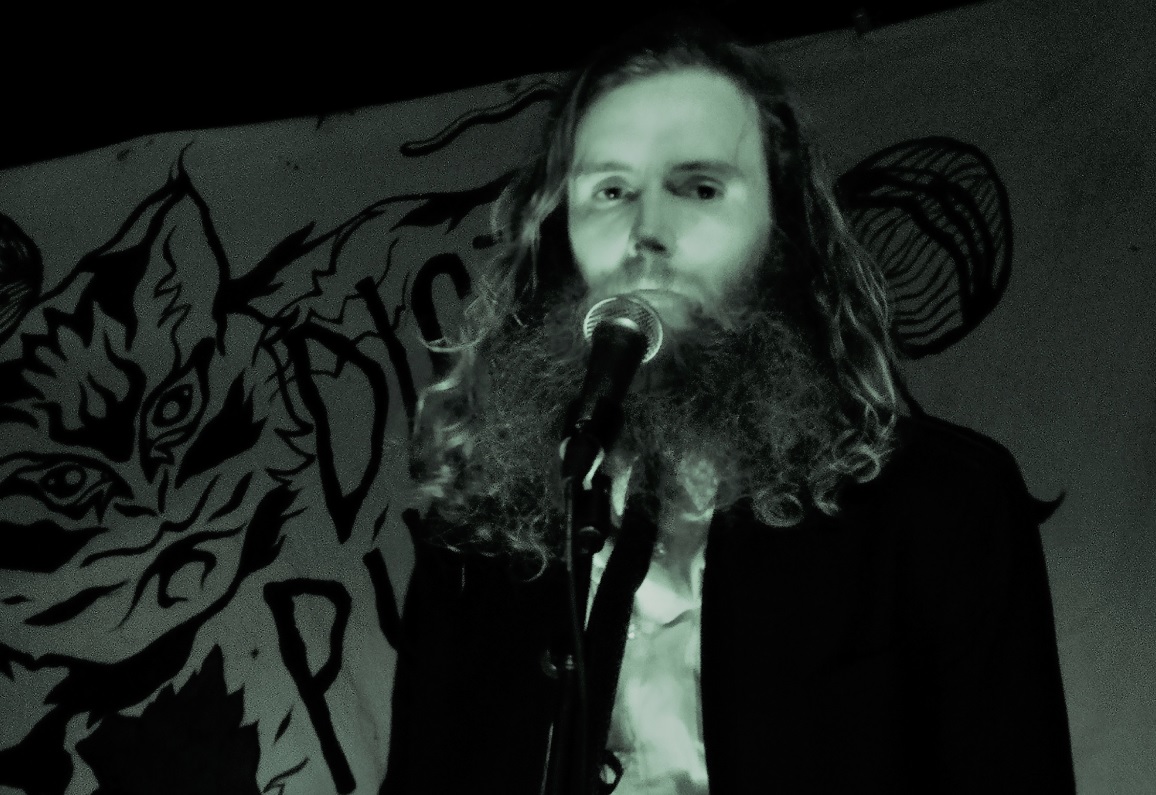 Next up was solo act Rob Auton, who judging by his performance is a comedian, poet and Jesus in a jacket look alike. What did we learn about Rob? He is from York, he is a wordsmith that has produced two books of poetry, words and pictures. He has written an Edinburgh fringe show about sleep called ‘The Sleep Show’. He likes the sky and its colour and asked his interior decorators to paint his room yellow – he got maroon! The nearest I can think of to Rob would be John Cooper Clarke – no Gimmix! 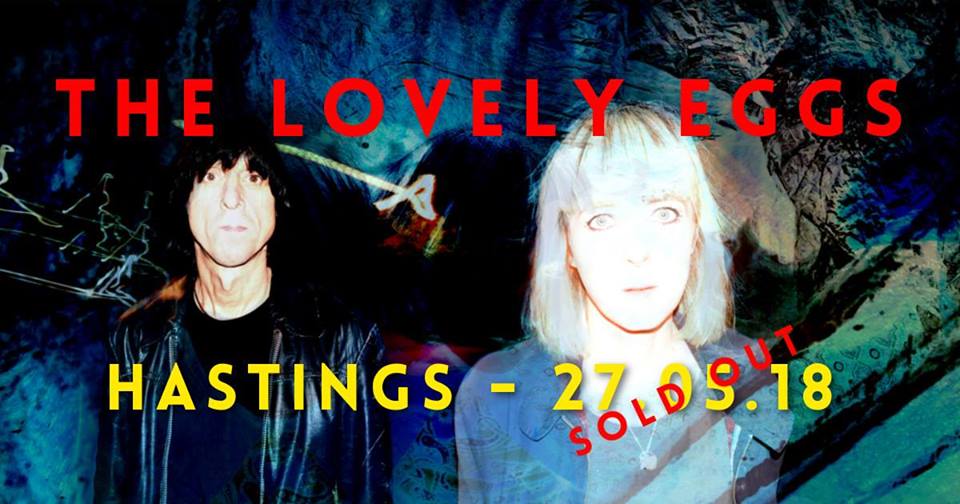 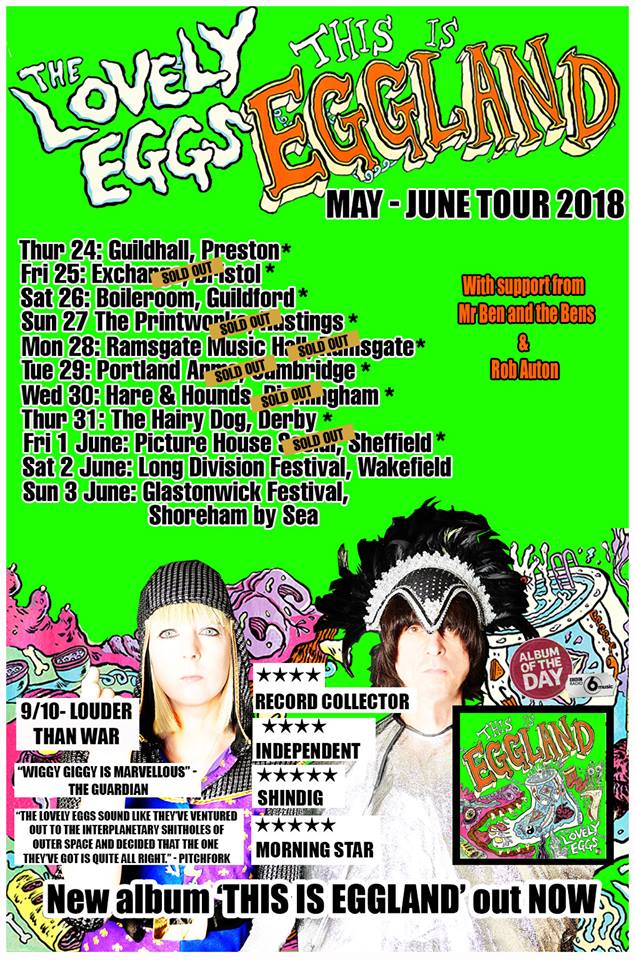 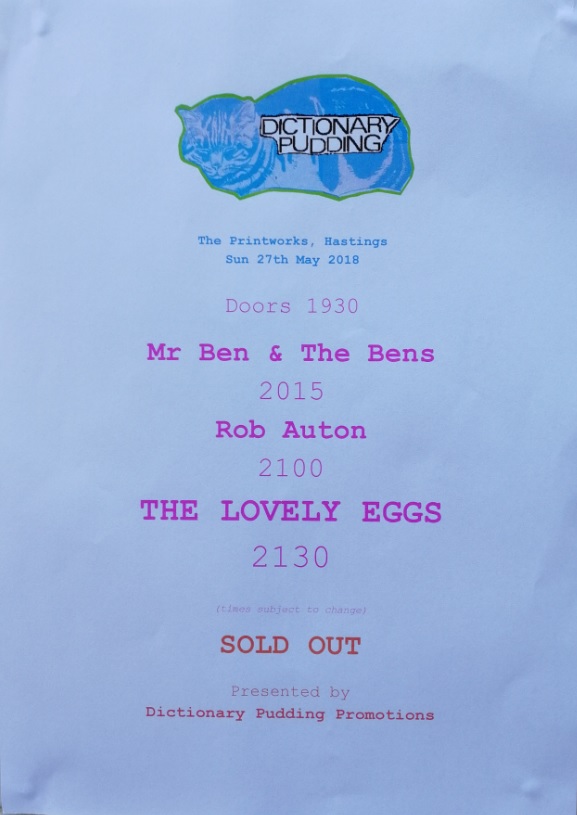 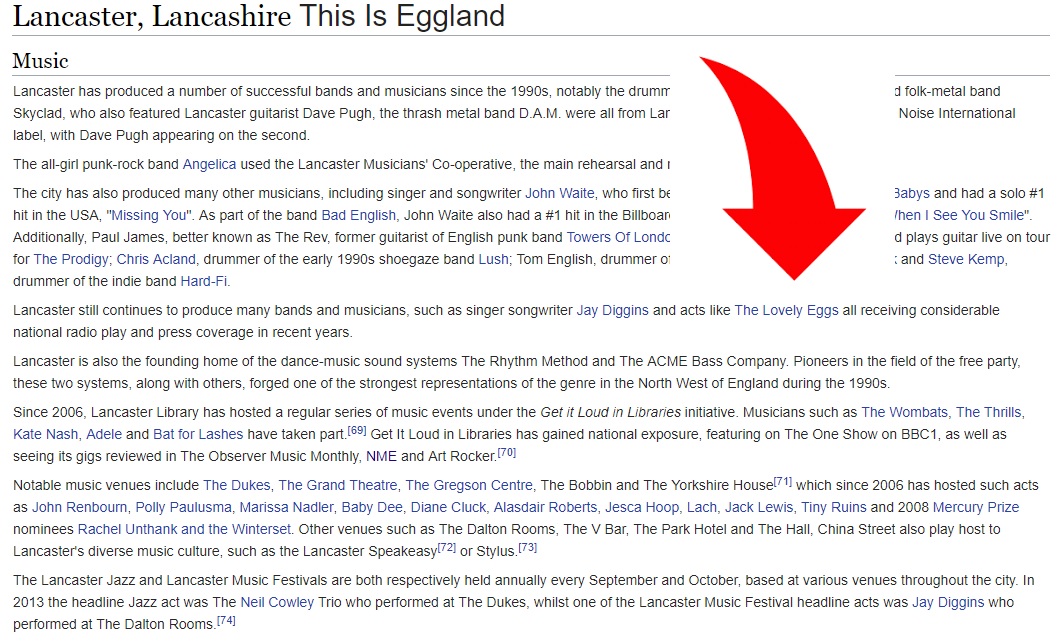 The Lovely Eggs get recognition