A rare bike was stolen from outside a Brighton seafront hotel on Friday (26 May). 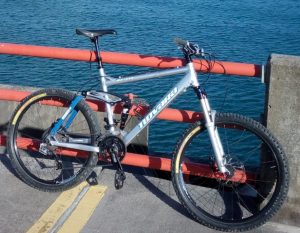 The model, a distinctive custom-built Navaro Method 1.0 with a value new of around £2,000 is believed to be the only one of it’s kind in the UK.

The bike’s owner, Mark Bullough, of Saltdean, secured the bike to railings outside the front of the hotel.

Mr Bullough said: “I was riding home from work in Lancing and stopped for a drink with a friend at the Jury’s Inn along Brighton seafront.

I was there for less than an hour and when I came out it was gone.

It looks like a professional job as the thief or thieves clearly knew what they were looking for as the other bikes chained up nearby were untouched.

He added: “It’s really disappointing as I was planning to do the London to Brighton Bike Ride for charity next month, so it has scuppered my plans at the moment”.

Mr Bullough also found it a challenge to report the crime.

He said: “As it was a non-emergency, I was told to report the theft online and someone would call me with a crime reference number within 24 hours.

“This didn’t happen, so i had to call again and was cut off after almost two hours.

“Finally on Monday after holding for another half an hour, I managed to get through to get a response.” 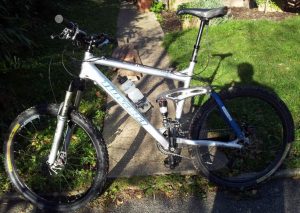 Any witnesses or anyone with information is asked to call Sussex Police on 101, quoting Operation Ensnare.