Most council tenants in Brighton and Hove fell behind with their rent after being switched to universal credit, according to an official report.

It said that more than two thirds of people on universal credit living in council homes in Brighton and Hove could not pay their rent in the first three months of the year.

Brighton and Hove City Council figures suggested that 68 per cent of the 498 households on the new rolled up benefit had average rent arrears of £473 in the January to March quarter.

It was the highest average amount of missed rent for any tenant group, including those experiencing the benefit cap and bedroom tax.

The combined total of arrears topped £150,000, although 93 per cent of this was collected by the council.

Figures were worse for people in temporary accommodation.

The authority’s credit control team, responsible for managing and collecting rents from people in temporary accommodation, reported in April that arrears for tenants on universal credit stood at £434,000.

At this time the council said that it was too early to have figures for any enforcement. However, it had set up payment plans for people in arrears.

As of Thursday 10 May, there were 5,564 households receiving universal credit in Brighton and Hove.

Of these, 1,266 used to receive housing benefit which is one of the benefits now replaced by universal credit.

The council expects around 20,000 households in the city will eventually move to the new benefit.

But introducing the new combined benefit for people living in Brighton and Hove is putting pressure on council finances and services.

The report, going before the Neighbourhoods, Inclusion, Communities and Equalities Committee on this afternoon (Monday 2 July), outlines the financial pressure faced by the council.

To help people deal with the new benefit the council has held 93 personal budgeting sessions and 65 assisted digital sessions in the first three months of the year. 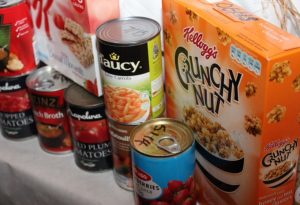 The report says: “Overall it is clear that the change to universal credit is creating resource pressures for council services.

“It is arguable that this is inevitable during any process of change of this scale.

“However, the rules and delivery structures around universal credit (which vary significantly from the legacy benefits system) may mean these pressures are in fact not transitional but ongoing.”

A presentation about the impact of universal credit from the perspectives of community and voluntary sector, including Moneywork and the Hangleton and Knoll Project, will start proceedings.

The meeting, which is at Hove Town Hall, is due to start at 4pm.

Case studies in Brighton and Hove

A woman with two young children under school age, one with special needs, had her claim refused as she was considered to have voluntarily given up her job.

She had worked full-time for her husband and left him due to domestic violence.

The Family Information Service (FIS) referred her to a food bank, signed her up to the Providing Access to Childcare and Employment (PACE) project and managed to get back to work.

A woman referred to the FIS by the Housing Options Team was moved to emergency accommodation from outside Brighton and Hove due to domestic violence.

This change meant she needed to claim universal credit.

She had been living in UK initially as a student and then with her partner for eight years.

She lost “worker status” when the relationship broke down and was told she needed to work a minimum of 25 hours a week.

Before her relationship broke down she only needed to work 16 hours a week to get working tax credits.

She was not entitled to free childcare for her two year old.

The woman was referred to a food bank and put in touch with Voices in Exile.

A single parent was referred to the council’s Children’s Services Front Door for Families by her health visitor.

Her employment and support allowance was stopped after a work capability assessment where she was found fit for work.

The woman was on a waiting list for an operation, was in constant pain and had limited mobility.

She was not able to make a universal credit claim as she had no internet, smart phone, IT skills, email address or landline.

The FIS applied to the Local Discretionary Social Fund, and the client received a £40 grocery voucher.

The woman was without any income between Thursday 18 January and Thursday 5 April when she received her universal credit advance.