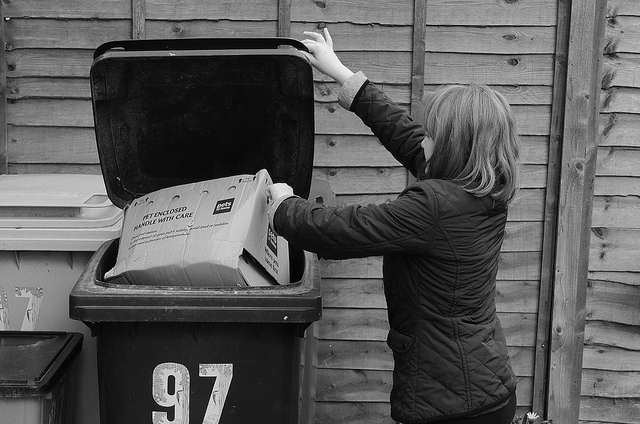 The city council is set to end its litter enforcement contract with controversial company 3GS and bring the service ‘in-house’ after the contractors demanded all the money from fines.

Since the so-called litter cops hit the streets in February 2016, they have come under fire for picking on easy targets such as smokers and sole traders who put cardboard in residents’ recycling bins.

The council staunchly defended 3GS – but has now decided not to renew the contract when it ends in February because it is now asking to keep all the revenue from fines.

The end of the contract has been welcomed by Brighton PAvilion MP Caroline Lucas, who has spoken out against “absurd” fines levied on her constituents.

She said: “If this motion passes it will mark a huge victory for the dozens of residents who’ve contacted me about the absurd fines 3GS has landed them with for innocent mistakes.

“I’ve been campaigning for the Council to bring this service back in house since 2016, so I’m delighted that they’re finally seeking to end this contract.

“Now the council must make life easier for people by explaining the system clearly and – if they’re serious about this marking a fresh start – take active steps to revise the city’s overall waste contract with Veolia so that a much wider range of plastics can be recycled.”

A report going to the council’s environment, transport and sustainability committee next week recommends the town hall becomes its own enforcer, with all staff being directly employed by the local authority.

3GS had faced public criticism until it was taken over seven months ago by London-based law enforcement company the Red Snapper Group (RSG) which carried out a ‘root and branch’ review of the service.

Cllr Gill Mitchell, the committee’s chair, said: “We’ve been thinking for some time of bringing the service in-house. Council officers carried out extensive research into the legal and financial implications and we believe it would be very beneficial to the council, our residents, business and tourists to completely run the service ourselves, tailored to the city’s needs.

“It will mean we can target the enforcement of litter, including dog fouling, fly-tipping, cigarette butts and chewing gum, much better and have more control over the way the service and staff operate and behave.”

She added: “RSG has done an incredible job of making 3GS a much more professional operation, but renewing the contract isn’t something the council or RSG want to do.”

At present, money made from the fines is divided between RSG and the council, with the local authority using the income to tackle the city’s litter problem in other ways, including providing additional litter and dog bins and environmental education for local schools.

However, RSG runs its services by keeping all the money collected on fines.

Managing director Martin Jerrold said: “We acquired 3GS in April of this year. We have completed a root and branch review of the service structure and have concluded there are inherent contradictions built into many of the legacy contracts.

“All new contracts we are entering into guarantees cost neutrality whilst providing a high quality, low quantity enforcement service. We believe it is not possible to supply a compassionate and proportionate enforcement service and provide and income to the customer. As a result no income is generated for the customer. 3GS loses money on the Brighton contract.”

If councillors on the environment, transport and sustainability committee agree next Thursday (27 Nov) to bring the service in-house, a wide-ranging programme of public education, consultation and communication will take place.

This will be to ensure residents, businesses and visitors are aware of their responsibilities regarding environmental enforcement and the implications of what may happen if they are found to be committing an offence.

Cllr Mitchell added: “This will be a new start for the council, its residents, business and tourists so far as environmental enforcement is concerned.

“We are committed to combating fly tipping and littering and ensuring the city remains attractive and enjoyable for all those living and working here, as well as those visiting the area.

“The council will take a fair and proportionate approach to issuing fines for environmental offences to ensure that those spoiling the environment for others are made accountable for their actions.

“Part of this is the issuing of Fixed Penalty Notices (FPNs) which provide a quick, visible and effective way of dealing with low-level straightforward environmental crimes, and an alternative to prosecution.”

At present, a FPN fine for littering is £75, but if the council’s in-house plan gets the green light, there will be an early payment discount, reducing it to £55 if paid within 10 days. The Government, which gave the responsibility of litter fines to local councils, suggests a standard fine of £100.

However, there will be no early payment discount for other offences, including fly-tipping and disposing of commercial waste illegally, presently £300, as the council will still take a zero tolerance approach to such crimes.

The contract with 3GS was for three years and started on 1 February 2016.