A woman has died after falling from the cliffs at Brighton Marina.

Sussex Police said: “A woman has died after falling from cliffs near the Asda store at Brighton Marina.

“Emergency services were called to the scene at 1.44pm on Wednesday (2 January) but sadly she was declared dead at 1.54pm.

“Police believe that they know the identity of the woman but she has not yet been formally identified.

“Her next of kin have been contacted.

“The matter is not being treated as suspicious and has been passed to the coroner’s officer.” 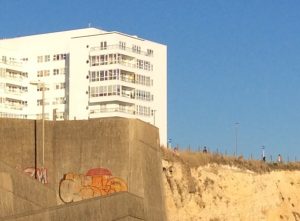 Three months ago a woman was brought to safety after a cliff-top incident at the same spot.

But there was no connection between the fall yesterday and the incident on Tuesday 9 October.