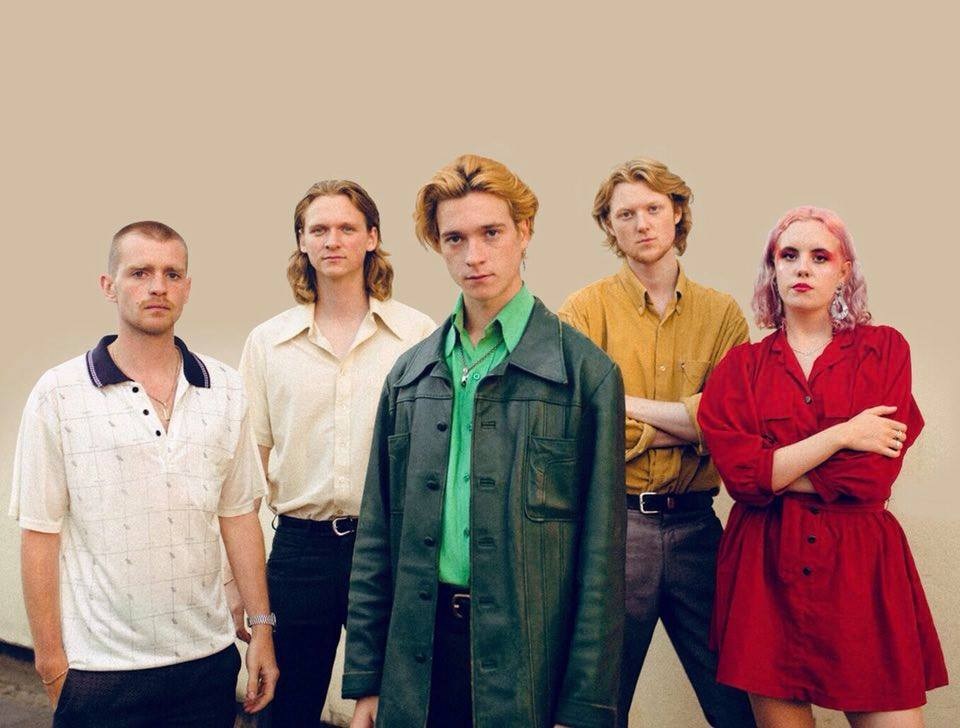 They are made up of Jake Smallwood (vocals), Jacob Newman (guitar), Tristan Sava (guitar/keys), Josie McNamara bass) and Hen Sava (drums) and they have announced a trio of new concerts – Manchester, London and here in Brighton.

The end of 2017 saw White Room release their most genuine and polished work to date, entitled ‘Eight’, which not surprisingly is an 8-track double EP which incidentally includes the terrific ‘Stole The IV’. 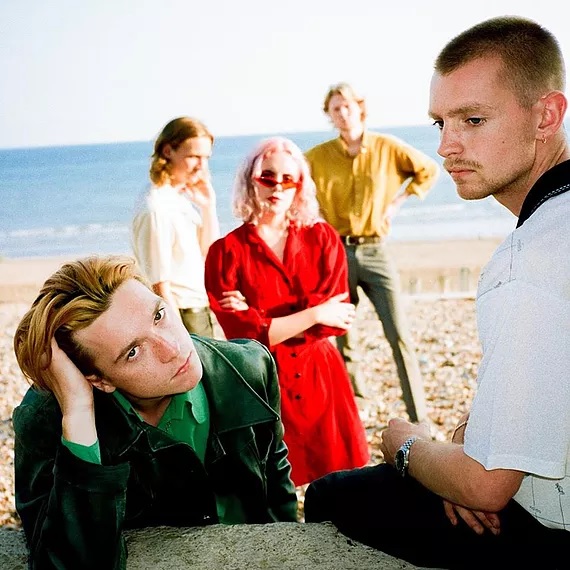 ‘Eight’ is a conceptual creation which interlocks thematically through its lyrics, and inspired partly by the number 8 itself. The number of infinity, it signifies positivity in the universe, joy, strength, balance and power in unity. Given the current social and political climate of the world and the uncertainty we all live with, whoever you are, wherever you are, everybody needs a way to break away from it all, even if only momentarily. These are songs of invitation to escape, speaking of other places, to whatever or wherever your personal utopia may be.

Renowned for their enigmatic and exciting live performances, 2017 saw White Room tour with Paul Weller (who incidentally said of White Room “They just get better and better, and Twisted Celebration is one of the best things they’ve done so far”). White Room also played numerous festivals and finished the year with a UK tour where they performed ‘Eight’ in its entirety to sold out crowds.

White Room’s Jake standing on the barrier at Patterns in Brighton on 16.3.18 (pic Nick Linazasoro)

The Brighton & Hove News music team caught up with the guys at their Patterns gig on 15th March 2018 – enjoy our review HERE. 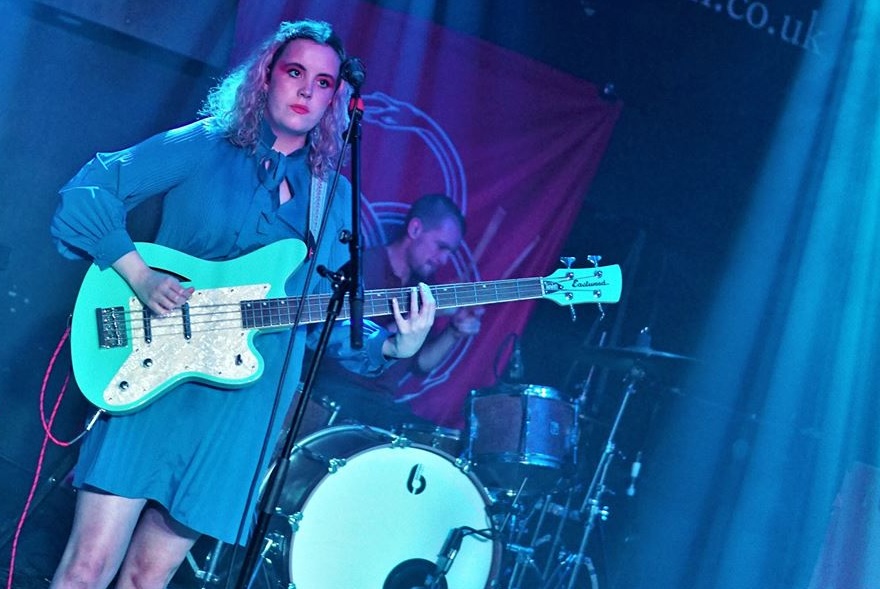 After a summer immersed in writing and developing new material in 2018, which includes their latest offering ‘Shoot’, they hit the road again supporting The Blinders on an extensive UK tour, which included a fab performance at The Haunt – read our review of the night HERE. 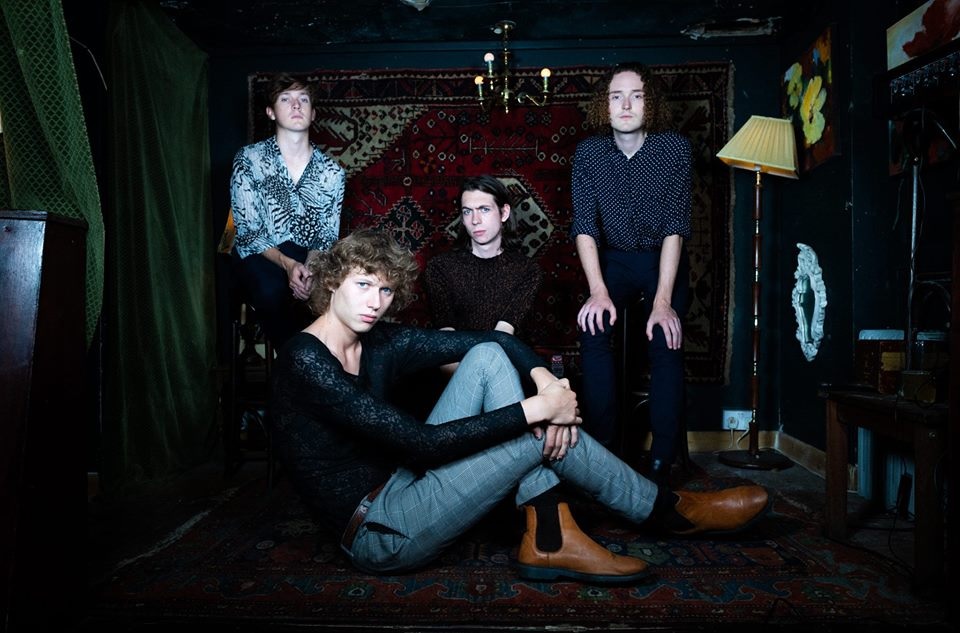 Enjoy the delights of White Room, with support from Strange Cages and Afghan Sand Gang on Saturday 2nd February 2019 at The Haunt which is located at 10 Pool Valley Coach Station, Brighton, BN1 1NJ. Doors open at 7pm and it’s over 14’s only. 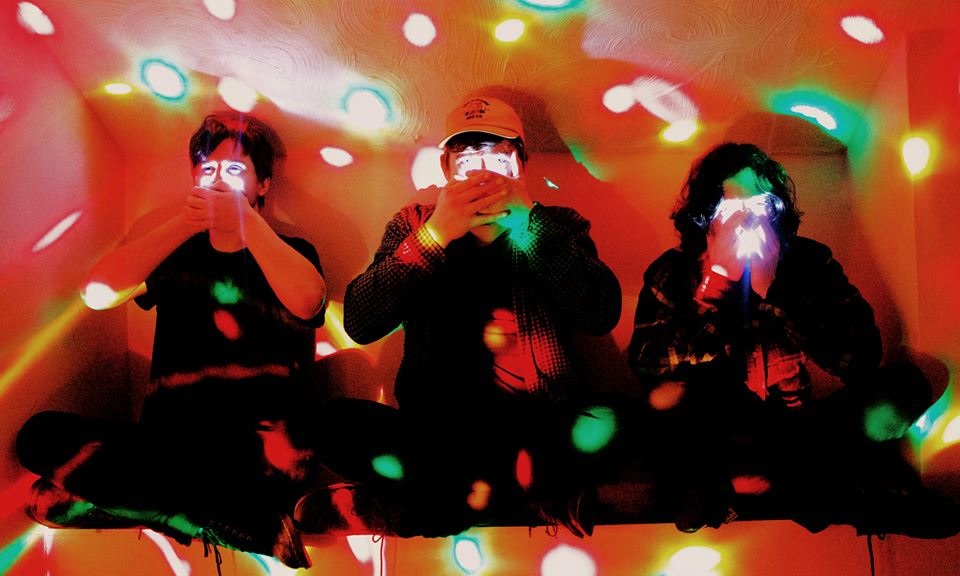 Tickets £7 with no booking fees from LoutPromotions.co.uk/whiteroom. 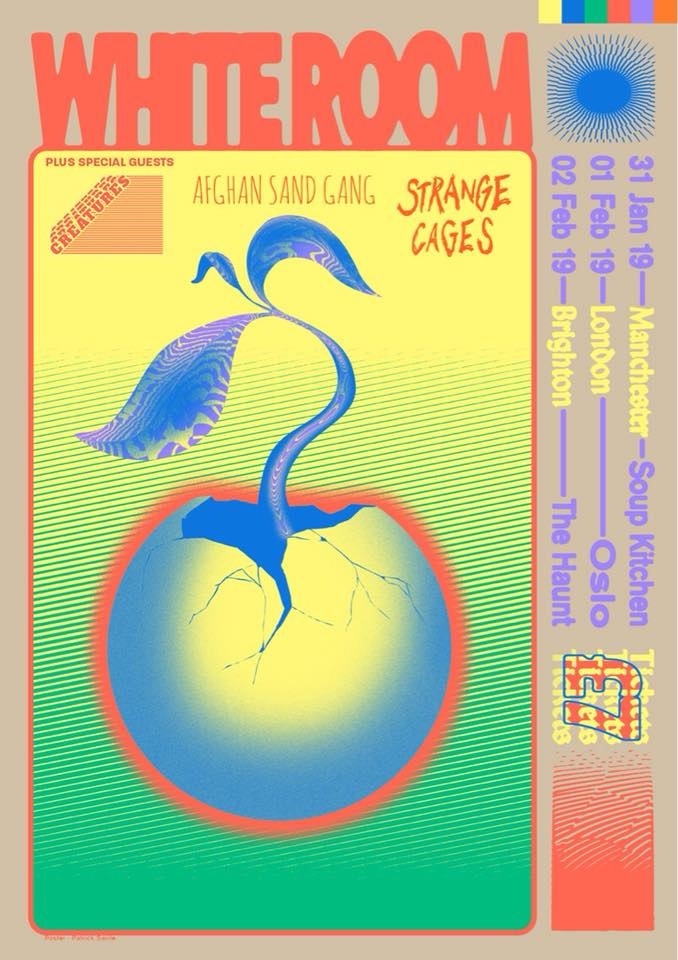