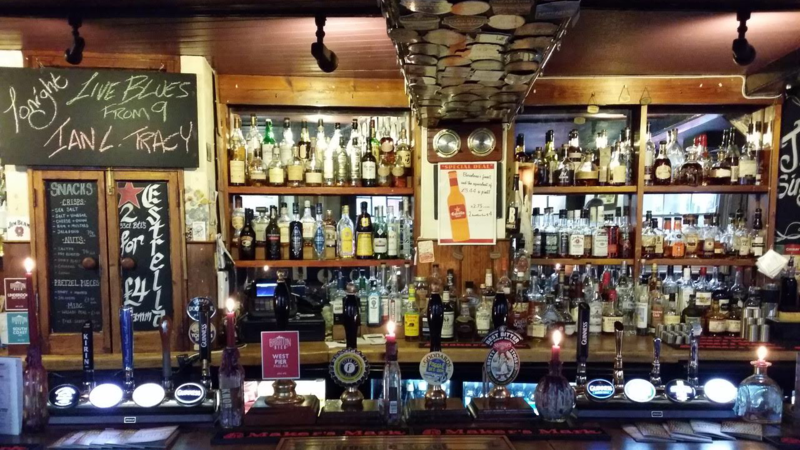 Almost 5,000 people have signed a petition again a national pubco taking over some of Brighton’s best known and unique pubs.

The Great Eastern in Trafalgar Street is one of a small handful of pubs run by Brighton-based Pleisure, all of which showcase a different spirit.

However, after Pleisure applied to its owners Ei, formerly Enterprise Inns, to be “free of tie” – which means landlords no longer have to purchase beer from the owner at a much higher price – Ei said it would not be renewing any of its leases.

One of Pleisure’s four Brighton pubs, the Pull and Pump in Clarence Gardens, was taken back in October, and The Great Eastern is also due to be taken back by Ei in March.

And Pleisure says Ei has also indicated it intends to take back its two other Brighton pubs, the St James’s Street Tavern and The Office in Sydney Street.

Nick Griffin, managing director of Pleisure, said: The Great Eastern is an institution. We have been in the pub business for 27 years and the Great Eastern for over 20 of those. It’s a national award winning pub in its own right and special and unique and we fear they will ruin it.

“They will give you all the platitudes you want but the reality is that they will change things and it may be wrecked.

“They have told me that they will be taking back all three of the pubs – the Great Eastern, and then St James’s Street Tavern and The Office which both have about six years to run on the lease.

“They took back the Pull and Pump in October, and another two pubs in London and Maidstone. They paid me to come out of those, but I didn’t have a choice having incurred huge legal fees. It’s destroyed my business.”

Mr Griffin said that Ei decided to take back the lease after he applied for the pubs to become free of tie under new legislation, which means they can choose which supplier they buy beer from rather than the landlord or its preferred supplier selling to them.

Free of tie pubs are able to negotiate their own prices for beer, and often pay a fraction of the price tied pubs are forced to.

He added: “We are very, very concerned that the pub will definitely lose its identity. It’s a very specialist and unique pub and after over 20 years we feel devastated. It will ruin our business and destroy a long established Brighton based business leading to job losses.”

A spokesperson from Ei Group said: “We are in ongoing dialogue with the current publican with regards to their expiring lease at The Great Eastern. We would like to reassure customers that we are committed to ensuring that this site remains an attractive and thriving pub at the heart of the local community.”

Until its closure, the Pull and Pump specialised in tequila. The Great Eastern has a large range of whiskys, The Office a large selection of gins, and St James’s Street Tavern specialises in rum.

Among the signatories to the petition is Caroline Lucas MP, who previously campaigned against the closure of another of Enterprise’s pubs, the Rose Hill Tavern.

Enterprise sold that pub to a developer who attempted to turn it into flats, but after it was designated as an asset of community value, it was instead leased to a music collective who now run it as a live venue.