The Queen has presented a diver from Brighton with the George Medal – the highest civilian honour for gallantry – for his leading role in a cave rescue.

He was recognised for his leading role in the rescue of 12 boys, their football coach and four other adults from a cave complex in Thailand last summer.

Mr Volanthen was one of four Britons to be honoured for their role in the rescue, having undertaken the perilous task at the request of the Thai authorities.

He said: “I’m highly honoured to be recognised but really the credit has to go to the entire team.”

Mr Volanthen, who lives in Bristol and works in computers, described caving and diving as a hobby.

He is now a scout leader in his spare time and added: “I was lucky enough to start with the scouts. I’ve come a long way since then.”

His citation said: “John Volanthen arrived in Thailand on (Tuesday) 26 June at the request of the Thai authorities to help attempt the rescue of 12 junior footballers and their coach, who had been lost in the Tham Luang Nang Non cave complex in Chiang Rai Province since (Saturday) 23 June.

“His first significant contribution, on (Thursday) 28 June, was his reconnaissance dive upstream with Richard Stanton through three completely flooded sections of passage to what later was designated as chamber 3.

“Here they assisted four Thai rescue workers who had been cut off by the rising water levels, which continued to rise.

“Further exploration … had to be abandoned at chamber 3 as a result of strong water currents and poor visibility of around a metre.

“The terrain was uneven and there were numerous blockages and obstructions to navigate.

“On (Monday) 2 July, having reached 1,500 metres beyond chamber 3, they surfaced to find the football team marooned on a ledge above the water. 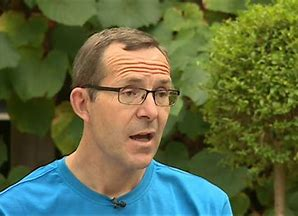 “Over the following days, Volanthen participated in a number of dives to take supplies to the boys. Each trip was carried out in exceedingly difficult physical conditions, with a high degree of personal risk.

“The level of risk in reaching this far into the cave complex was underlined by the death on (Friday) 6 July of a Thai Navy Seal, himself a professional diver, who was helping to supply oxygen to the children.

“Volanthen then helped to lead formulation of a plan to rescue the team through diving. The Thai authorities preferred a non-diving option, but finalising a plan was made more urgent as a result of forecast monsoon rains which might prevent any rescue effort or cause the boys to drown before a rescue could be attempted.

“As a result, a British-led plan was put into action. He was a leading member of 13 divers and a group of Navy Seals who co-ordinated the rescue operation, bringing out the sedated boys one by one through to chamber 3 where an American medical team took over.

“The difficulty of the operation was heightened by the youth and physical condition of the children which required them to be sedated and immobilised, and then guided out by their diver through a route of multiple obstacles.

“Each journey took seven hours through the cave system and divers had to be taught to medically re-sedate the boys during the operation.

“The entire operation was carried out under the threat of monsoon rains and towards the end of the rescue, water levels began to rise, forcing a rapid exit by rescuers.

“In an operation of unprecedented complexity, all 13 of the trapped people were successfully rescued, in addition to the four divers he rescued on (Thursday) 28 June.”