The old Westows children’s play centre in Hove is on fire, with four fire engines and an aerial ladder platform at the scene. 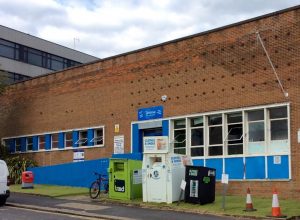 East Sussex Fire and Rescue Service said that it was unable to be sure that no one was inside the vacant building which is due to be turned into housing.

The fire service said: “East Sussex Fire and Rescue Service are attending a fire at a derelict building in Hove.

“We were called 3.58pm on (Sunday) 24 March to reports of smoke coming from the building on School Road.

“As of 4.40pm four fire engines and an aerial ladder platform are at the scene.

“It is being treated as a ‘persons reported’ fire until we can confirm no one is inside the building.”

Hyde plans to build 104 homes at the site – known as the Westerman complex – and hopes that all the properties will be classed as “affordable”.