Licensing chiefs have turned down a Brighton coffee shop owner’s request to be allowed to serve cocktails to mark Pride.

Greg Ackerley, the owner of Altitude coffee shop, in Clifton Hill, wanted to be able to sell cocktails including espresso martinis and negronis from noon until 8pm tomorrow (Saturday 3 August).

Sussex Police objected because so many extra people were expected to be in Brighton, placing a strain on the force.

Last year 70 temporary event notices were submitted and the year before – in 2017 – the number was 57.

Thirty temporary events notices had been submitted for the Pride Village Party alone.

Mr Thorogood said: “We are not looking at one premises in isolation.

“We are looking at this in the context of the city’s biggest weekend event of the year.”

He said that Sussex Police did not generally object to TENs at other times of the year but the force did not want unlicensed businesses setting up pop-up bars across the city during Pride.

Mr Thorogood added: “Sussex Police has not supported applications for events during Pride weekend submitted for premises that do not have a license.

“This has worked well in controlling the number of premises selling alcohol during the weekend and promoting the licensing objectives and mitigating risk.” 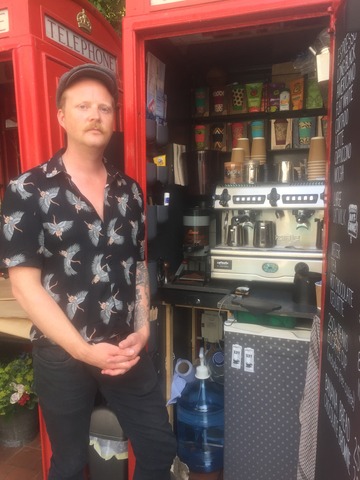 Mr Thorogood said that licensed premises would generally have closed-circuit television (CCTV) cameras, keep log books, fulfil security requirements and operate a “Challenge 25” policy to check for identification among younger customers – those who looked under 25.

These safeguards, he said, would not necessarily be in place at an unlicensed business.

The council licensing panel was told that the Crescent pub, which is opposite the coffee shop, planned to run a daytime Pride street party on the same day, with the corner of Powys Road and Clifton Hill closed until 9pm.

Mr Ackerley told the panel, chaired by Councillor Jackie O’Quinn, sitting with Councillor Lee Wares and Councillor Theresa Fowler, about the road closure outside his shop.

He committed to a “Challenge 30” policy and said that he, as a personal licence holder, would be responsible for serving alcohol to people in the café as well as for off-sales.

Mr Ackerley said: “I applied for off-sales because of the atmosphere of the day – to go off and enjoy yourself.”

He said that customers could then take drinks outside and feel the breeze or enjoy the sunshine. Besides, if they were in a large group, they could not stay in the shop to drink the drinks.

He used to live in the area and said that during Pride neighbours gathered in Powys Square and enjoyed a party, so may enjoy his drinks. 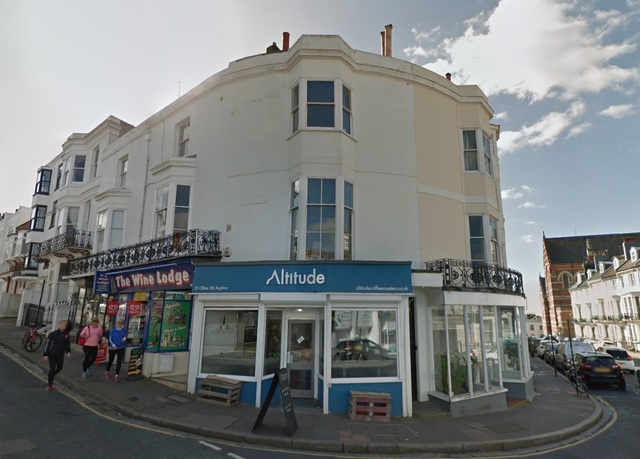 Mr Ackerley told the panel at Hove Town Hall that he had extensive experience working in large pubs in London and at both the Windmill and Shakespeare’s Head pubs in Brighton.

As well as serving cocktails, he had planned to sell hot food such as loaded fries.

Councillor O’Quinn said that he would not be allowed to serve alcoholic drinks for the prevention of public nuisance, crime and disorder – and to promote public safety.

She said: “The panel has concerns about the location, timing and organisations of the event.

“Pride Saturday is the busiest day of the year in Brighton and for the police, who have put in place careful strategic planning for Pride in advance and have worked with licenced premises to ensure public safety and the prevention of crime and disorder.

“The panel shares the concerns of Sussex Police. In particular we are concerned about the lack of arrangements and measures put forward to manage the event.”

She said that the panel felt that it was not appropriate for an unlicensed venue to sell strong spirits on and off the premises.

Mr Ackerley said that he was disappointed but planned to apply for a full premises licence to host small evening events.