Campaigners fighting high-rise developments in Hove have urged people to send in fresh objections to a proposed hotel.

There are currently 146 objections to RKO Developments’ plans for an 80-room hotel and 80 flats on the corner of Cromwell Road and Palmeira Avenue.

New drawing submitted last week show a change aimed at reducing the bulk of the seven-storey scheme which steps down to five and three stories.

Goldsmid ward councillor Jackie O’Quinn urged people to write in with their objections to the plans when the scheme was discussed at a meeting of the Hove Gold campaign group yesterday (Tuesday 3 September).

She is concerned about the impact on the area’s doctors’ surgery and schools and the added strain on the number 7 bus, as more people would be living in the area.

Councillor O’Quinn said: “This will be quite a fight. I think we will need our local community to bring the fight to the developers on this one.

“I don’t fancy having such a huge structure on Cromwell Road.”

Hove Gold campaign group has already opposed applications for blocks of flats along Davigdor Road and in Lyon Close, Hove, but they were approved earlier this year.

The organisation is now setting up a formal area forum as part of the process of drawing up a neighbourhood plan which could influence local planning policies.

At the Hove Gold meeting, Councillor O’Quinn said: “I do feel we have become known in the planning department and with developers.

“As we move along, we have a lot of power together and a big voice.

“Residents are becoming very angry about not being listened to. We need to listen to our residents.” 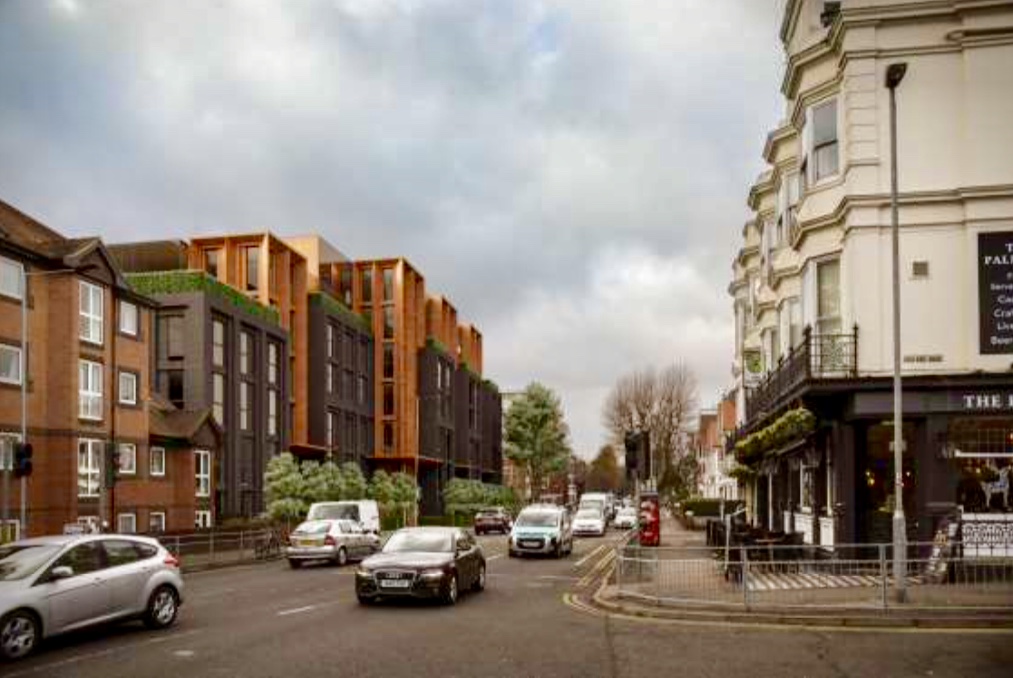 Fellow Goldsmid ward councilor John Allcock said: “Being focused on campaigning gives us power. We need to be organised and talk with our neighbours about what we want.

“When you go to Planning Committee you see groups who are very organised and very vocal. They have a big impact.”

To see the amended plans and to comment, visit the council’s website at planningapps.brighton-hove.gov.uk and search for BH2019/00127.