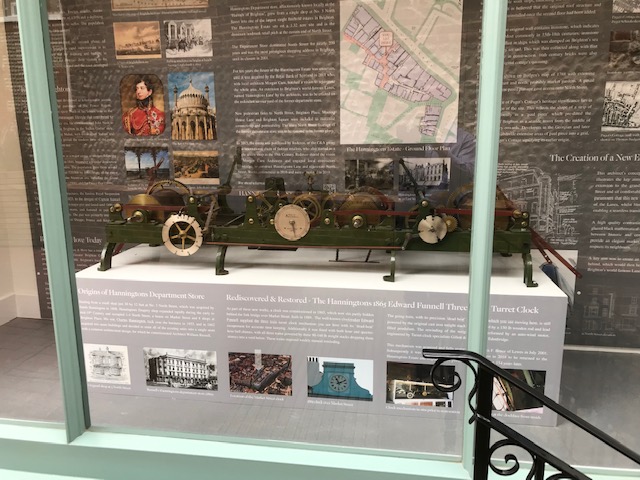 A 154-year-old mechanism which once powered the original Hanningtons clock has been returned close to its former home.

The three train turret clock, designed by Victorian clockmaker Edward Funnell, was discovered by an employee of the Hanningtons Lane developers Redevco, in a Lewes antique shop two years ago.

It had been sold at auction after the store closed in 2001, and restored by Bill Bruce of W F Bruce Antiques, where it stayed for several years.

But Redevco bought the clock mechanism, and it is now on display in one of the new shopfronts in the new lane. 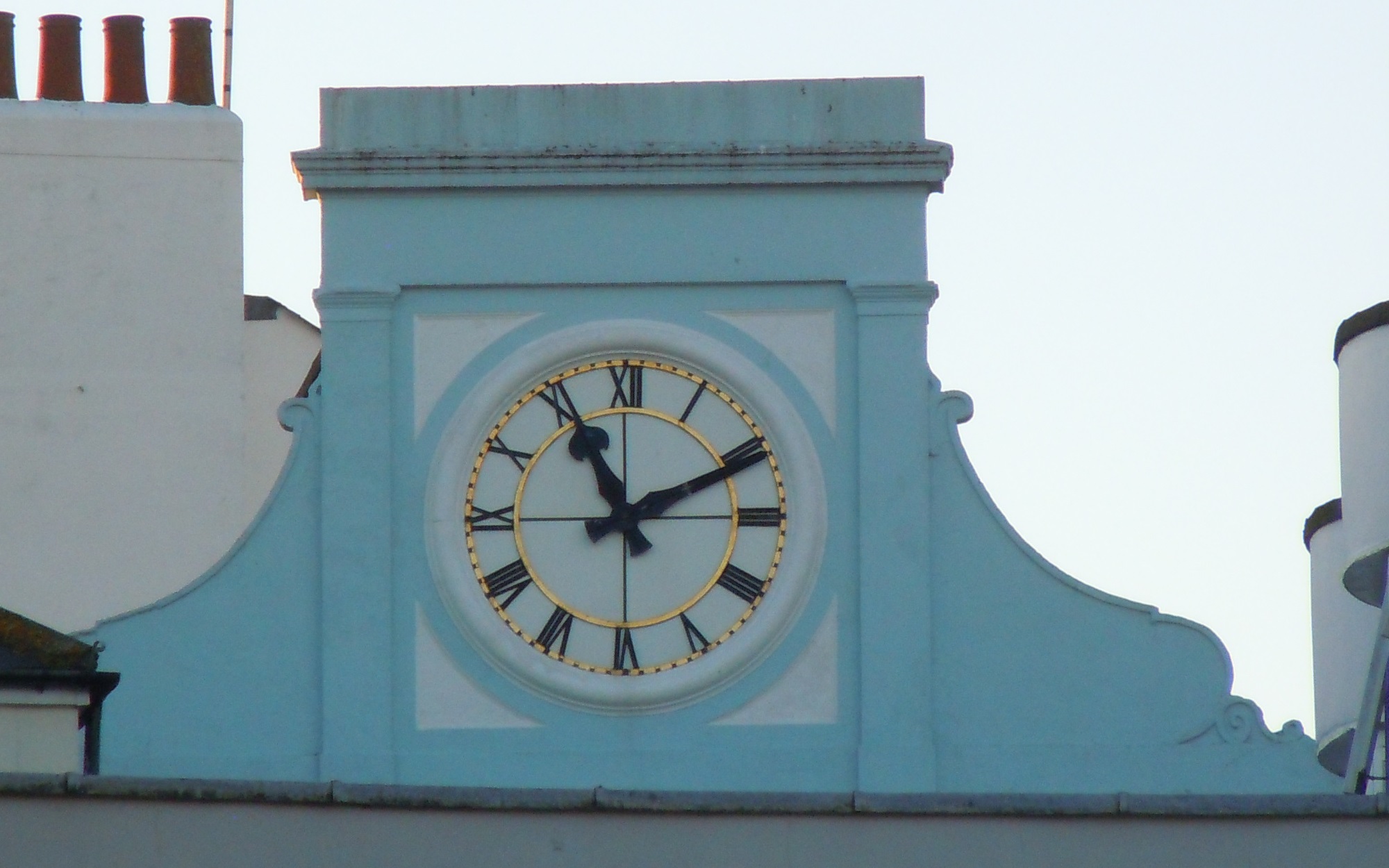 The Hanningtons clock over Market Street

Andrew Foulds, Portfolio Director at Redevco, owner of the redeveloped Hanningtons Estate comments, “A colleague of mine just stumbled upon the shop and clock one day, shortly after we acquired the former department store.

“It was an exciting find and ever since we have been determined to mark its place in history, by finding a new home for it within the recently completed Hanningtons Lane.

“It now has pride of place in the window of one of our new shop fronts with an information plaque, explaining its significance to clock enthusiasts and the general public alike.

“Thanks must go to Bill Bruce for having the foresight to rescue the clock and painstakingly restore it.”

Additionally it was fitted with both hour and quarter-hour bell chimes, with all three trains powered by three 90-160 lb weight stacks dropping three storeys into a void below.These trains required weekly manual rewinding.

These days the rewinding of the weight is performed by an auto-wind motor, engineered by turret clock specialists Gillett &amp; Johnston of Edenbridge.

Meanwhile, a new pop-up shop will open in Hanningtons Lane tomorrow opposite the Olive Grove restaurant. Bath-based sustainable clothing company Finisterre are inviting customers to come in for a coffee or beer to mark the opening.

“People have been asking when this was going to happen for the longest time, and we’re delighted to be opening the doors to our Brighton store mid-September.”