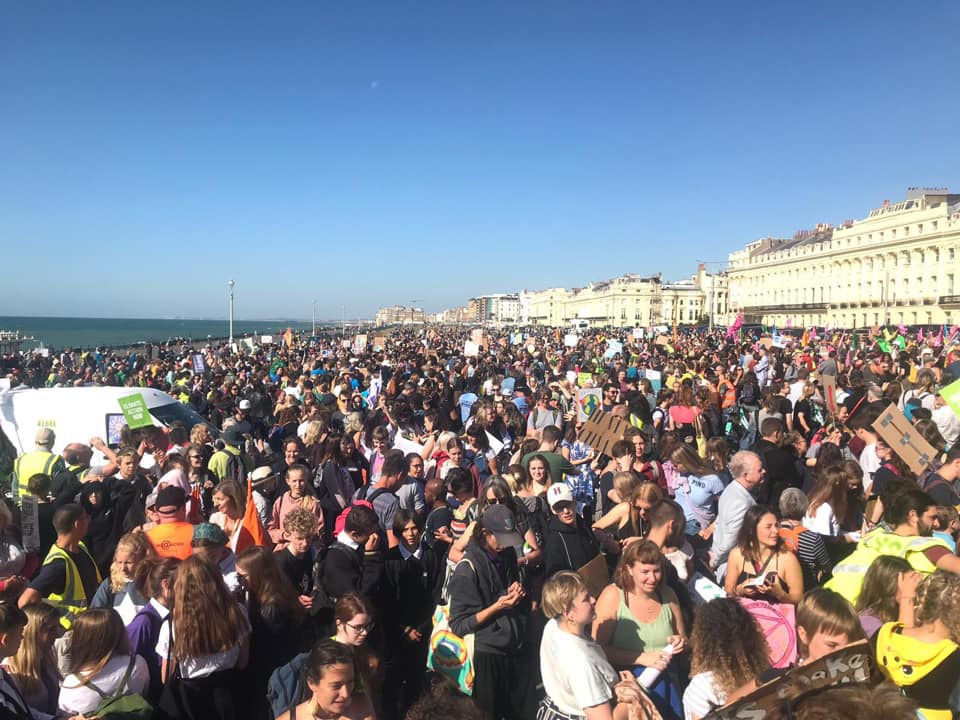 Up to 7,000 schoolchildren and environmental protesters have taken to the streets of Brighton and Hove today to call for more action to combat climate change.

A huge crowd gathered at Hove Lawns this morning, where they were addressed by Brighton’s Green MP Caroline Lucas.

Sussex Police estimated that at noon, between five and seven thousand people were taking part.

The crowd has now started to make its way through the city en route to the Level where campaigners including Green MEP and Mayor of Brighton and Hove Alex Phillips will speak.

At the #ClimateStrike in Brighton. Thought I was at the back. Then I turned round… pic.twitter.com/fv7fl0xDDS