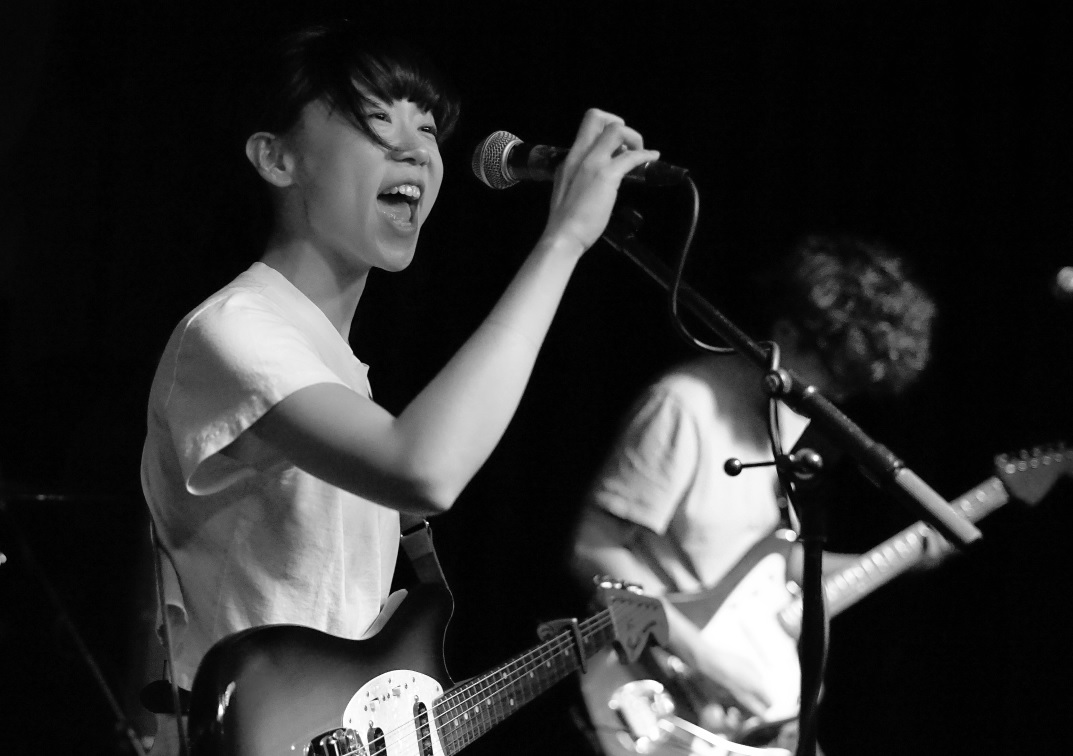 A rainy Monday night in Brighton hardly the proper setting for Korean surf rock band Say Sue Me…..but let’s just stop there for a moment……being an old git, to me surf rock means Dick Dale, The Surfaris, The Ventures and so on. Say Sue Me and other new bands tagged as being “surf rock” are nothing of the sort. What they play is instead classic mid 80’s jangly indie pop – think The Flatmates, The Siddeleys or local heroes The Popguns. Perhaps the gradual drift during the 90’s of the term indie into being a meaningless catch all has caused journalists to opt for the surf rock tag, but anyhow, back to the gig.

Despite the poor weather a fair turnout had gathered at The Prince Albert for what Resident Record shop staff had made their gig of the week. 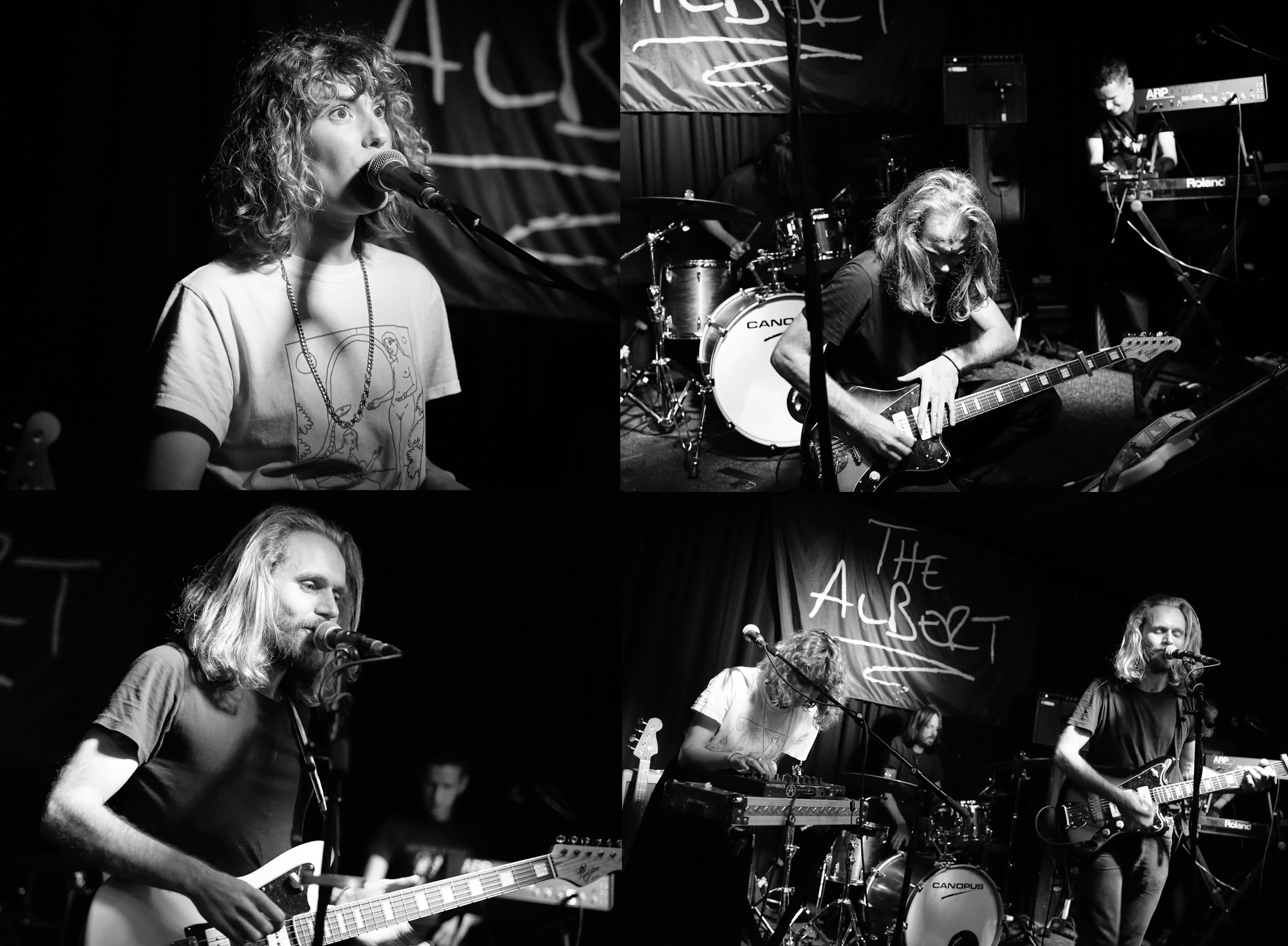 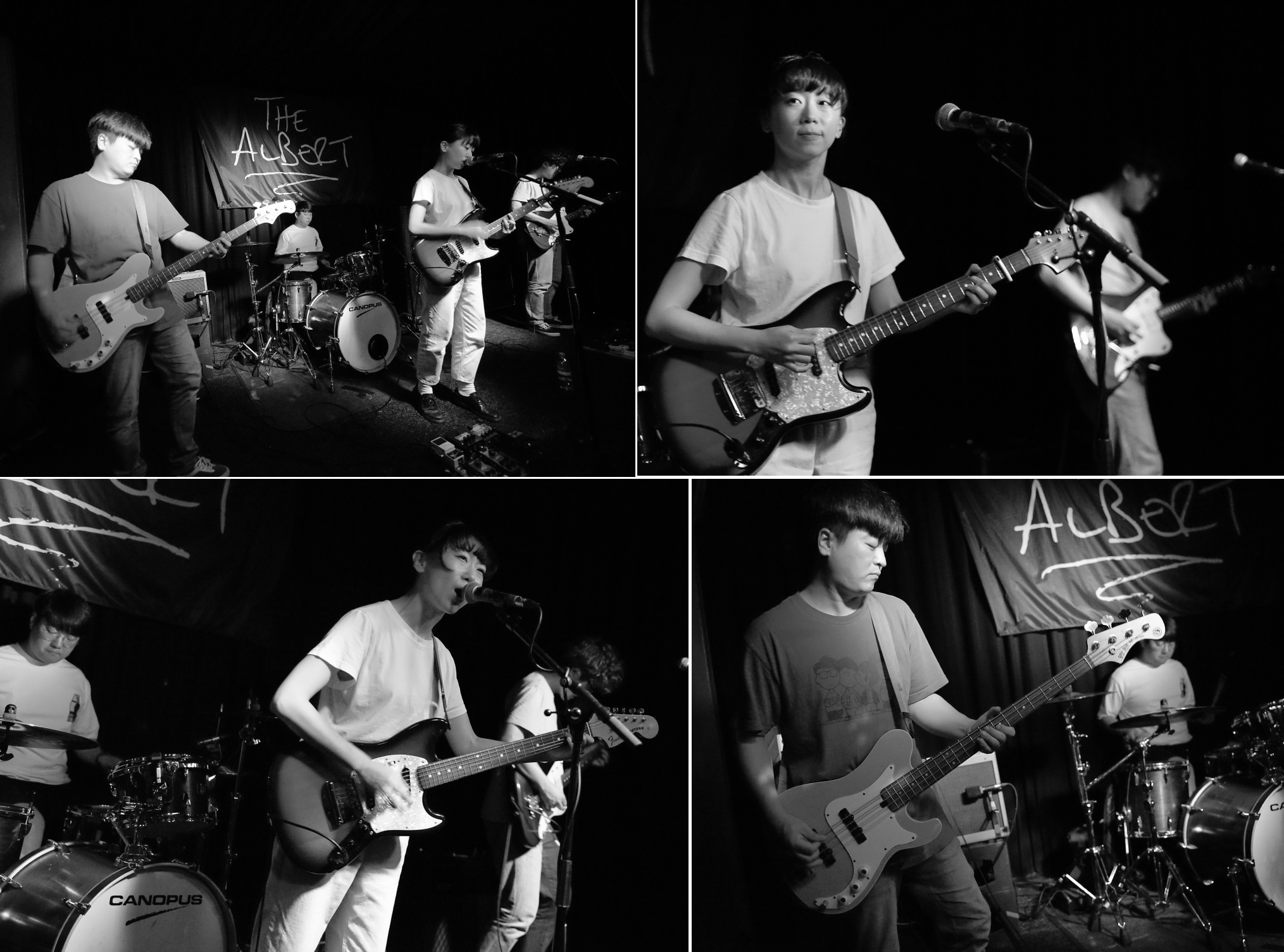 Headliners Say Sue Me have embarked on a 19-date UK & Europe tour and are here tonight in Brighton. They formed in 2012 in Busan, South Korea and currently consists of members Choi Su-mi, Kim Byung-gyu, Ha Jae-young, and Kim Chang-won. Releasing their first album ‘We’ve Sobered Up’ in 2014, and EP ‘Big Summer Night’ in 2015, on Korean label Electric Muse, UK label Damnably Records released a self-titled compilation that paired their first record and EP in 2017, marking the band’s first release outside of Korea, which served as their introduction to International audiences. The band released their sophomore album ‘Where We Were Together’ in 2018, which won widespread praise from the likes of Lauren Laverne, Tom Ravenscroft, Gideon Coe and Don Letts. In 2019, Say Sue Me were nominated for 5 Korean Music Awards (and winning 2), making them the second most nominated act of the year just behind almighty K-Pop idols BTS.

Although the band play a tight set what lifts them above others is Choi Su-mi’s lilting, edgily sweet vocals, reminiscent of Miki from Lush. Sometimes Choi Su-mi’s singing voice became so ethereal that it disappeared, submerged beneath the chiming guitars, but never for long and the band’s nervous charm between songs soon won the crowd over. A cover of Blondie’s ‘Dreaming’ convinced any remaining doubters, but the early curfew soon ushered us all back out into the damp night air, albeit determined to see Say Sue Me again and soon.

Watch them HERE and HERE. 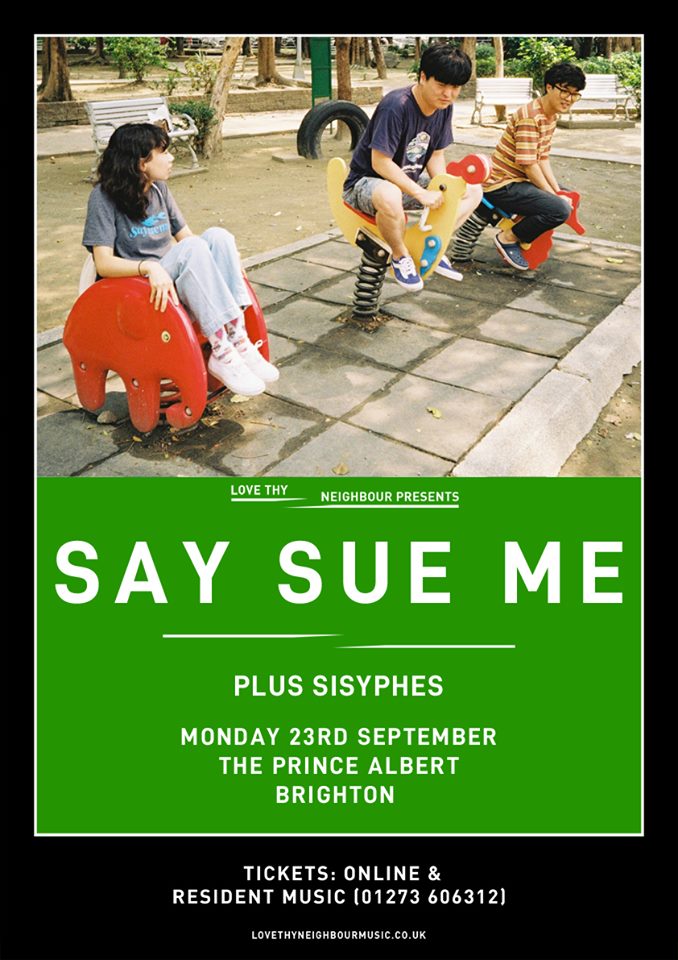