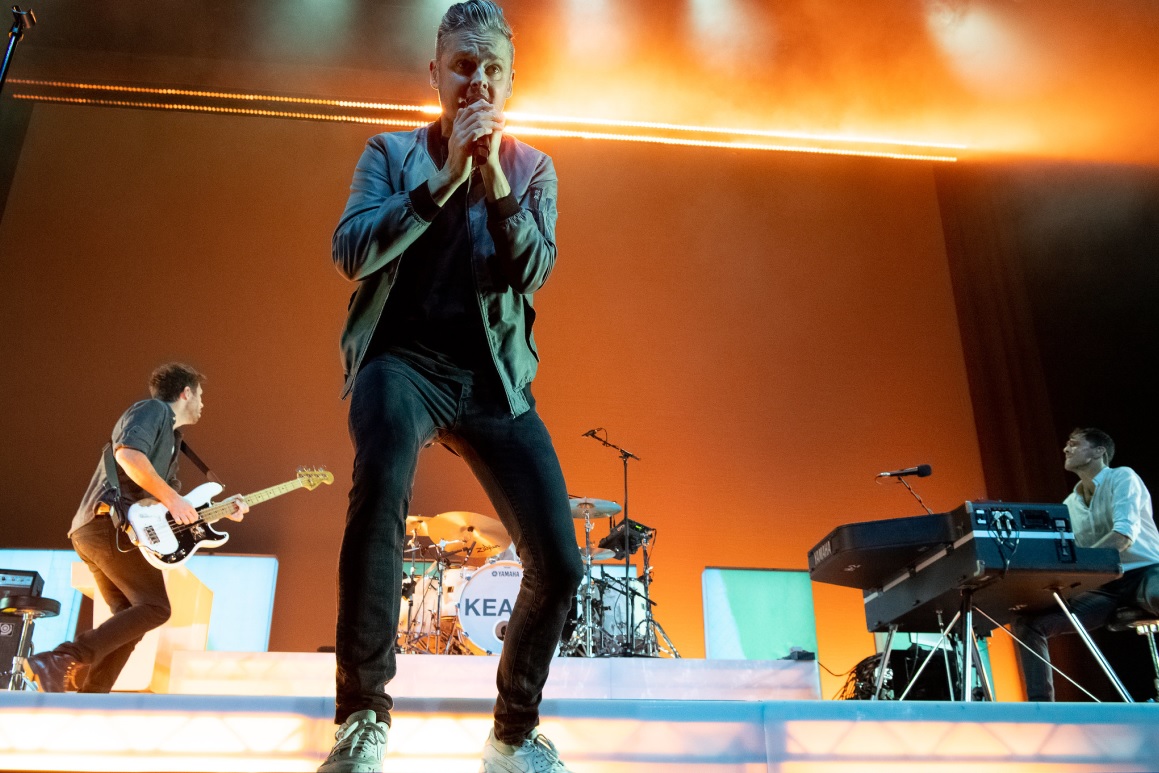 I’ve long been a fan of Keane since they released their brilliant, seminal multi-platinum debut album ‘Hopes And Fears’ back in 2004, but this was the first time I was to witness them live, so I was extremely excited about what was in store, particularly after watching Brighton & Hove Albion dismantle Tottenham Hotspur earlier in the day.

Following a 6 year hiatus where Tom made a couple of successful albums, the band reassembled late last year. They’ve recently released a fresh-sounding new album ‘Cause And Effect’ and arrived at a sold-out Brighton Centre this evening as part of an extensive international tour, which has included two dates at the Royal Albert Hall. 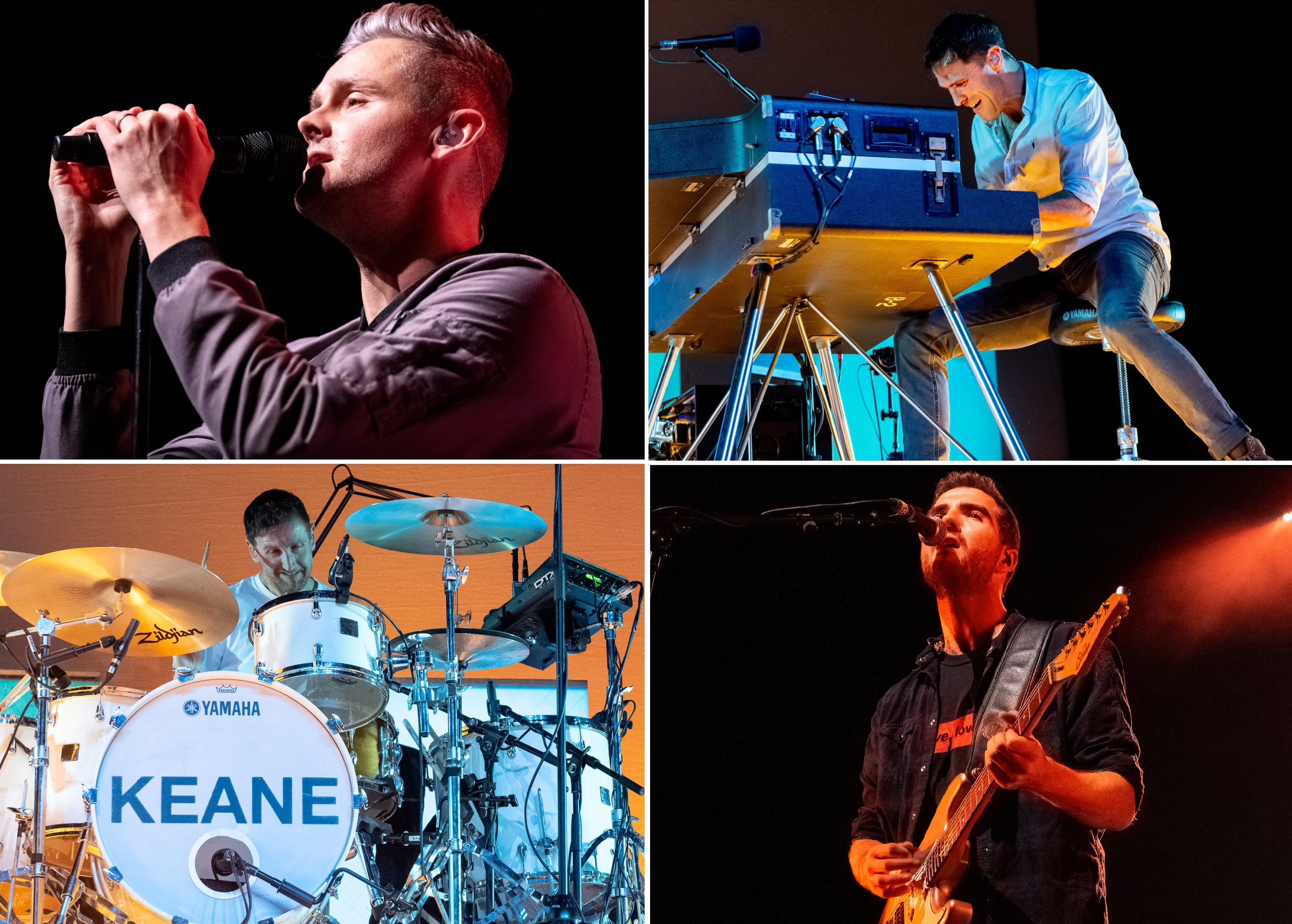 Throughout their career, Tom struggled with the trappings of fame and has fought a well-documented and prolonged battle with drugs which included spells in The Priory. Happily, the battle finally seems to have been won.

The birth of this new album came as something of a surprise even to the band. Singer Tom had released two successful solo albums but missed his old sparring partner Tim Rice-Oxley. “I found myself wondering how I had come to let this very enigmatic and important relationship in my life drift,” Tom says.

Meanwhile Tim found his life falling apart and from the ashes had written an album’s worth of incredibly personal songs fuelled by humour as well as pain. When Tom, bassist Jesse and drummer Richard heard the songs, they were immediately drawn to them both sonically and lyrically, and thus, Keane were back!

Tonight Tom was virtually unrecognisable as the baby-faced singer when the band burst onto the mainstream music scene 15 years ago. He looked lean, fit, confident and full of energy and above all, the band palpably love being back together again. Throughout the evening, Tom shared his personal memories of Brighton and engaged warmly with the crowd.

They powered their way through a flawless and impressive 26 song setlist, where the new material melded effortlessly with the older classic tunes, and was true to the unmistakable and melodic keyboard-led Keane sound. The stage lighting really complimented the songs and made for an impressive backdrop but without taking the focus away from the music.

Tom’s voice was as powerful as ever as he belted out hit-after-hit interspersed with tracks from the new ‘Cause And Effect’ album, which decisively proves their songwriting talents have not diminished.

Usually at a gig, I can pick out one or two standout tracks, but this was much harder tonight as the consistency of the performance meant there were many. From the new album, I particularly enjoyed ‘You’re Not Home’ which opened the set, ‘The Way I Feel’ and ‘Put The Radio On’ which I can see as a future single.

‘Is It Any Wonder’ and ‘Crystal Ball’ from the critically underrated ‘Under The Iron Sea’ album were belters, my personal favourite Keane song ‘Bedshaped’ sounds even more stunning sung live and of course, ‘Somewhere Only We Know’ which closed out the main set was covered by Lily Allen for the 2013 John Lewis Christmas Commercial, but is not a patch on the original.

All in all, an awesome performance which sent the crowd home buzzing and I for one cannot wait for Sussex’s finest to return to Brighton again.

More information on Keane can be found on their website HERE. 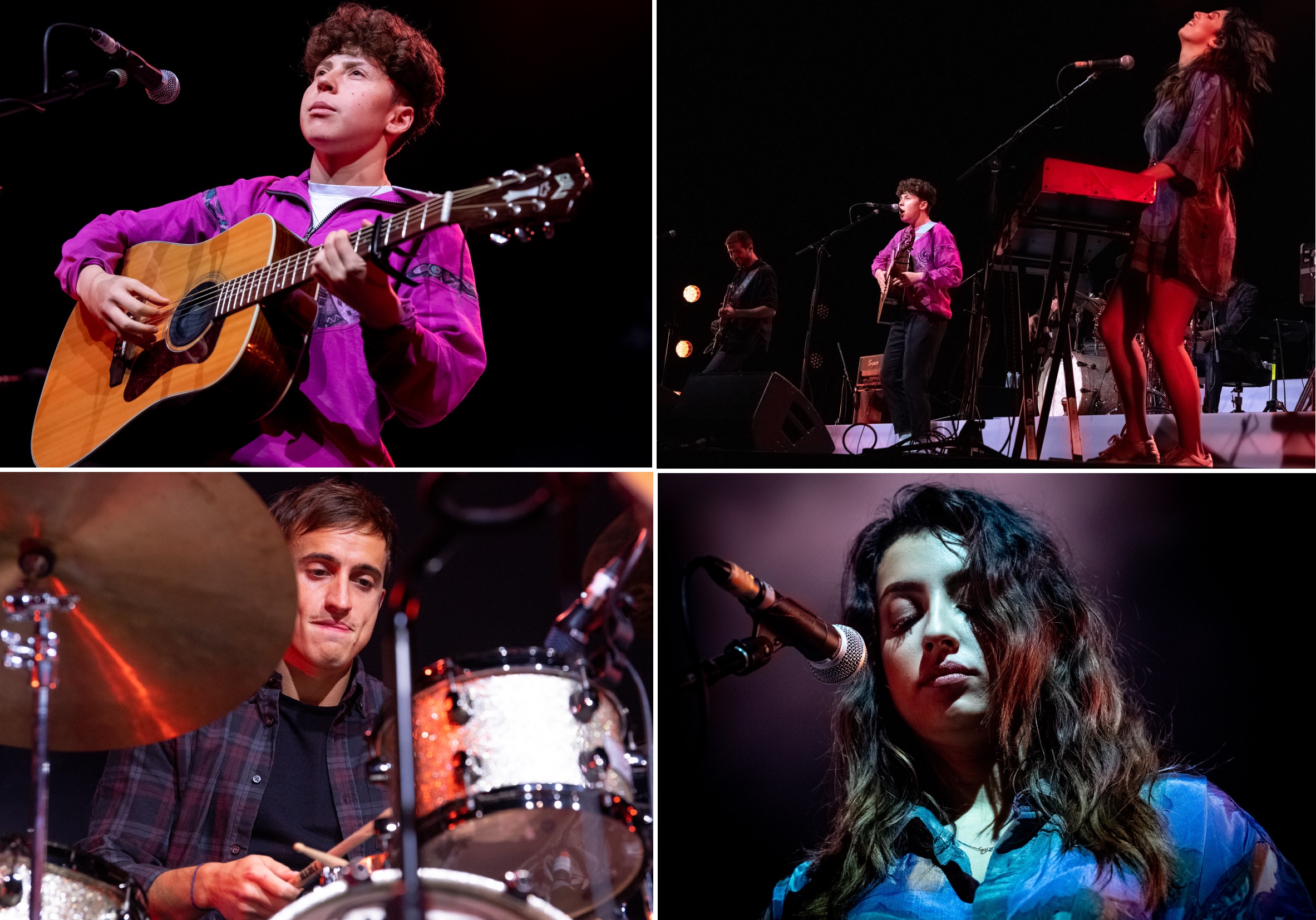 Support tonight came courtesy of 23-year-old Hastings based singer-songwriter Marie White and her four-piece band. Marie was the winner of Glastonbury’s ‘Emerging Talent’ competition for 2019. Her self-deprecating and engaging stage persona warmed the audience up nicely, she has a great voice and I particularly enjoyed her track ‘I Want To Know You’ which was released as her debut single. I’m certain we’ll be hearing more about her in the future.