A night of ska in Hove 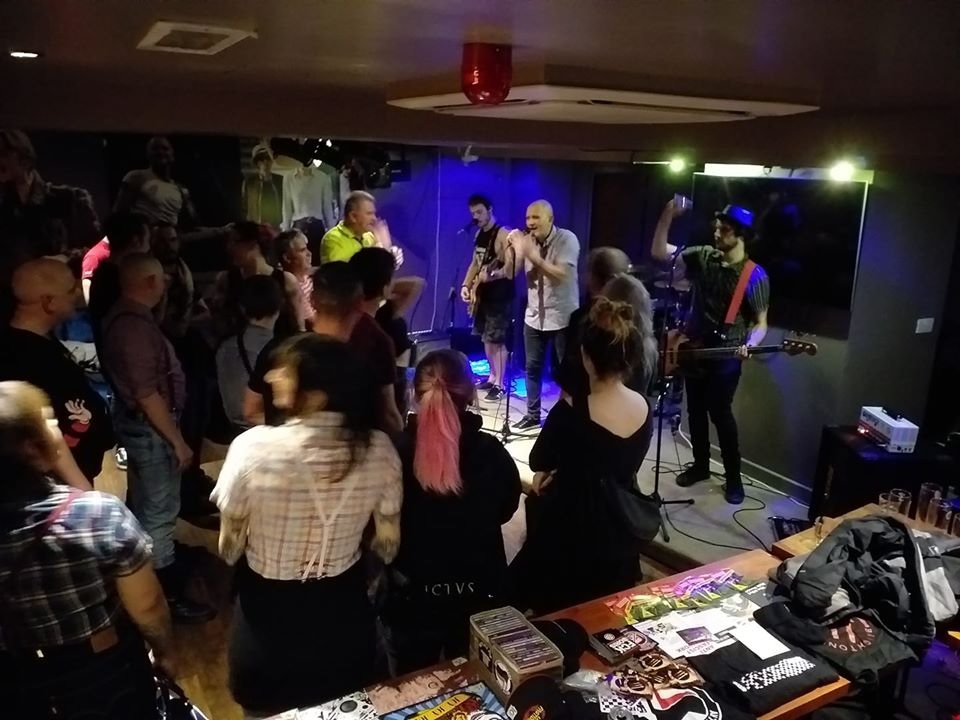 Killer Ska Promotions put the gig on tonight and head honcho Ian, was sporting dark shades on the door, in true Rude Boy style. The venue for tonight’s Ska extravaganza was the Back Beat Bar situated on the fringes of Hove (actually). It was originally being held at the Prince Albert but apparently a double booking got in the way. The gig room is in the basement and makes for a nice space to see bands. The upstairs bar was enjoying a karaoke night so I quickly vacated to the basement in question before I unleashed my vocal chords to an unsuspecting public.

Headliners tonight were Los Fastidios from Italy (Verona) who were currently touring Europe and possibly beyond in promotion of their new ninth album, ‘Joy Joy Joy’. They have been going since 1991 and have been working hard ever since. I’ve seen them play some big stages elsewhere around Europe, so it was nice to see them play this intimate basement bar. The current band lineup features Enrico (vocals), Ciacio (bass/vocals), Mario (guitar/vocals) and Bacchetta (drums) as well as guest vocalist Elisa Dixan. 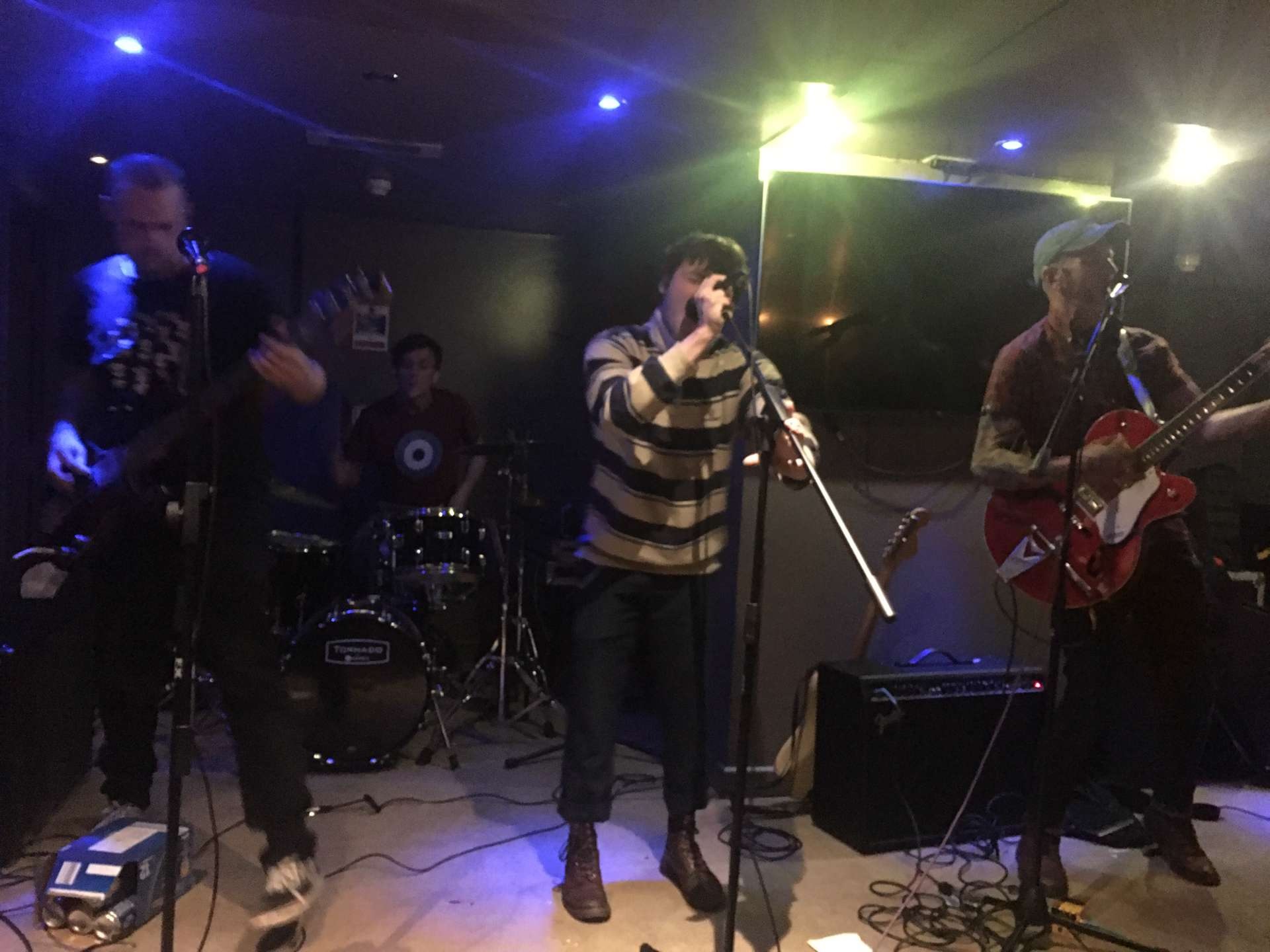 First up, were local ska/punk merchants ‘Soho Bombshell‘ who comprise of Harvey Roberts (vocals), Del Ford (guitar), Chris Blake (bass) and Loz Ford (drums). They delivered an energetic set that got an enthusiastic reception from some of the audience. They got one of their friends onstage at the end to create a dual vocal version of a popular Operation Ivy song, so that’s okay by me. 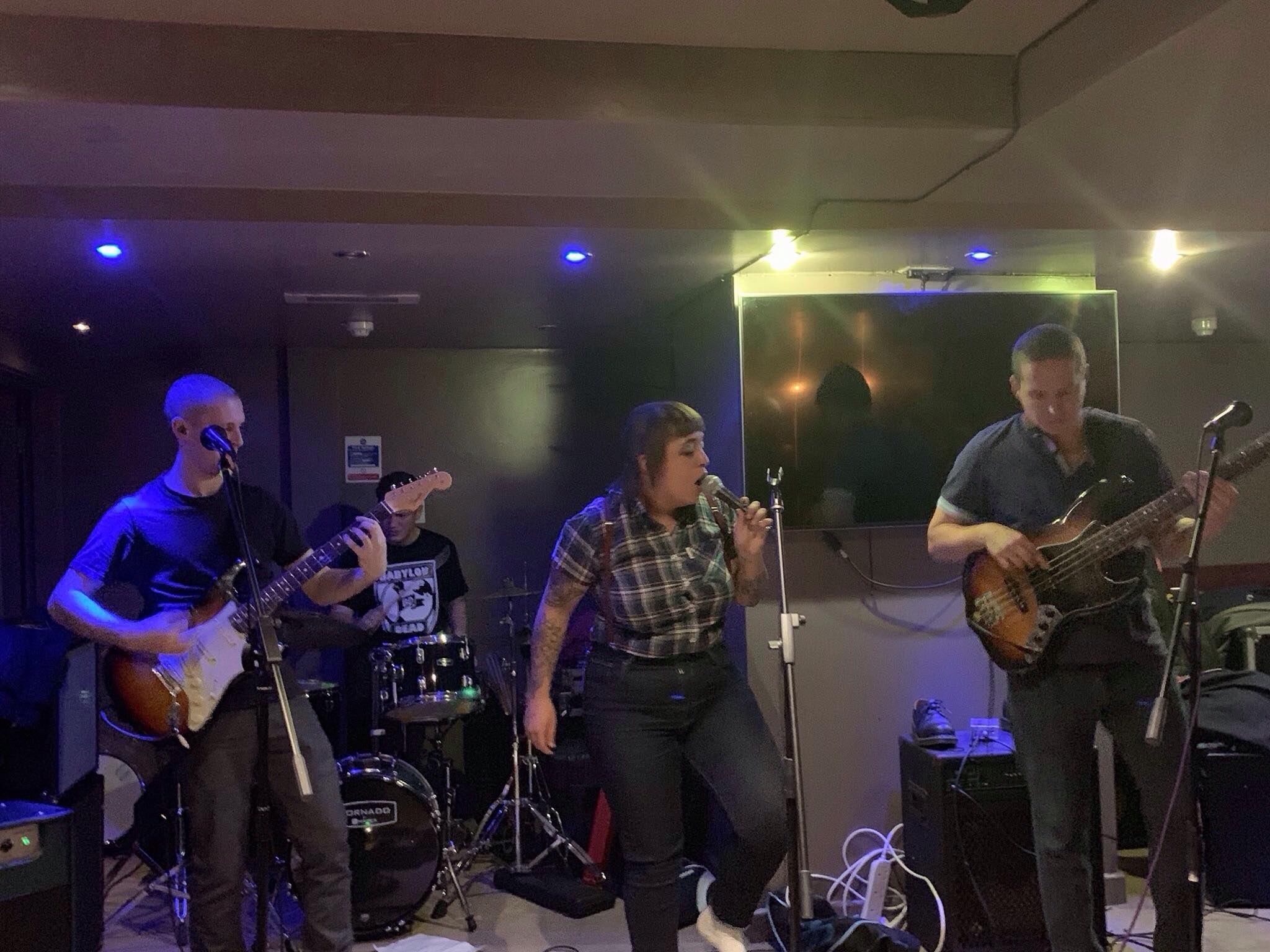 Next on stage, were local ska/punk heroes Dakka Skanks, who have Clara Byrne (vocals/melodica), Connor Jackaman (guitar), Henry Pascoe-Smith (drums/percussion) and Rob Bligh (bass) in their ranks. I’d only ever seen them once at Glastonwick fest last year. Tonight, they were just as good as I remembered them. The band are tight and Clara is a great front person with vocals to match. They play pop tinged Ska with some heavy guitar thrown in for good measure. They sang a song called ‘Propaganda’ about all the people that read newspapers with red tops and believe what they’re fed. There was another song about people judging Skinheads by their cover. This band are definitely a hard act to follow, and I’d recommend them to anyone that likes Ska music in their ear hole.

More information on the band can be found at www.dakkaskanks.com 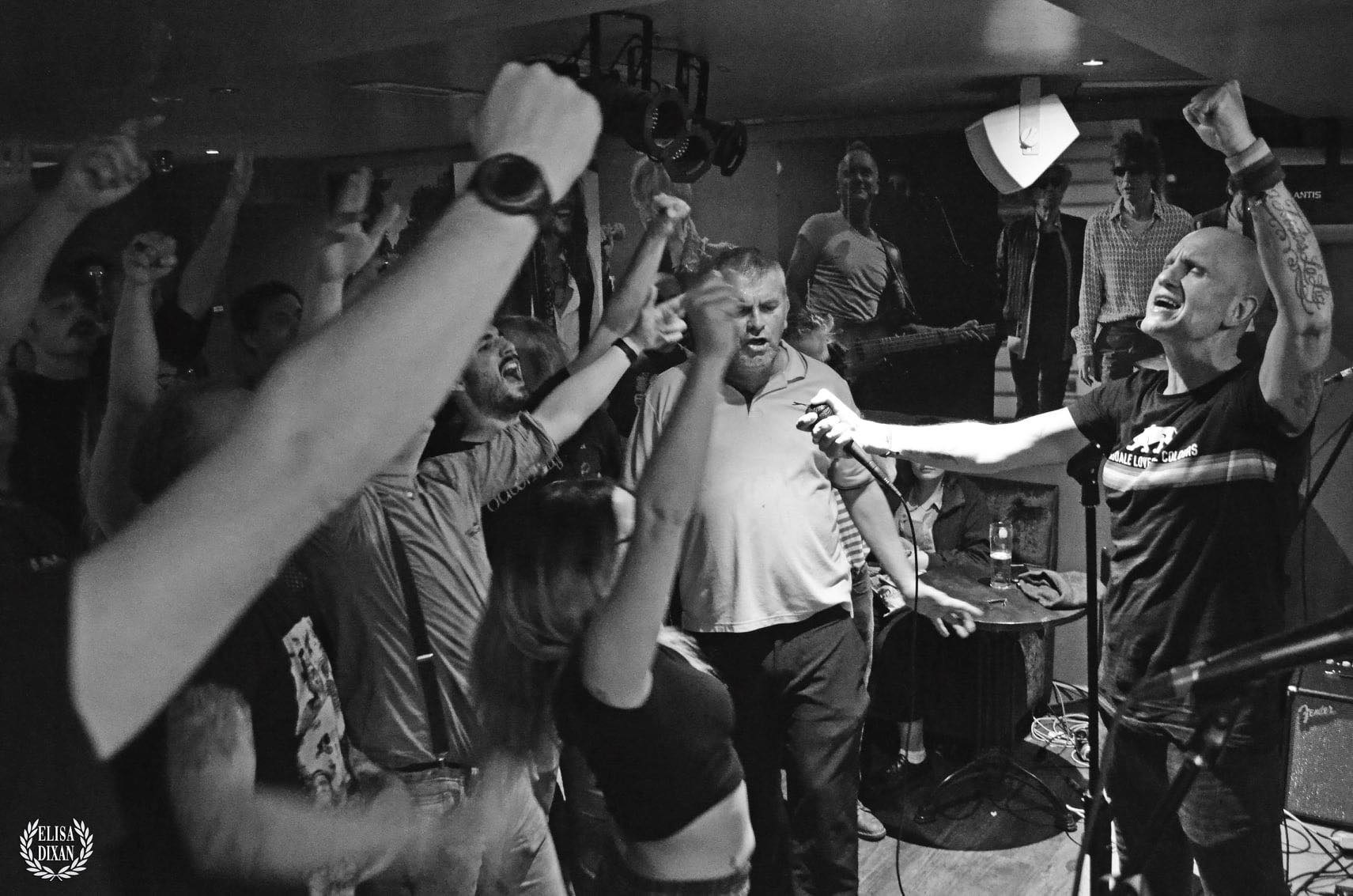 Los Fastidios occupied the stage and before you knew it, the place erupted with dancing bodies. Their style of music is Ska/Punk but there is definitely more Ska than Punk in their set tonight. The room was hot and sweaty and the band got people moving to their infectious Ska tunes. They are no strangers to working a crowd and tonight was no exception. They are a band that would play all night if you let them, and today they did at least two encores. They make no secret of their continued support of anti racism, anti homophobia and anti sexism and anyone in their right mind cannot disagree. One of the last songs in the set was their singalong anthem ‘Antifa Hooligans’ which I guarantee will get stuck in your head for days afterwards. I think the band would be pleased with tonight’s reception and long may this hard working band continue. All aboard the Ska train! 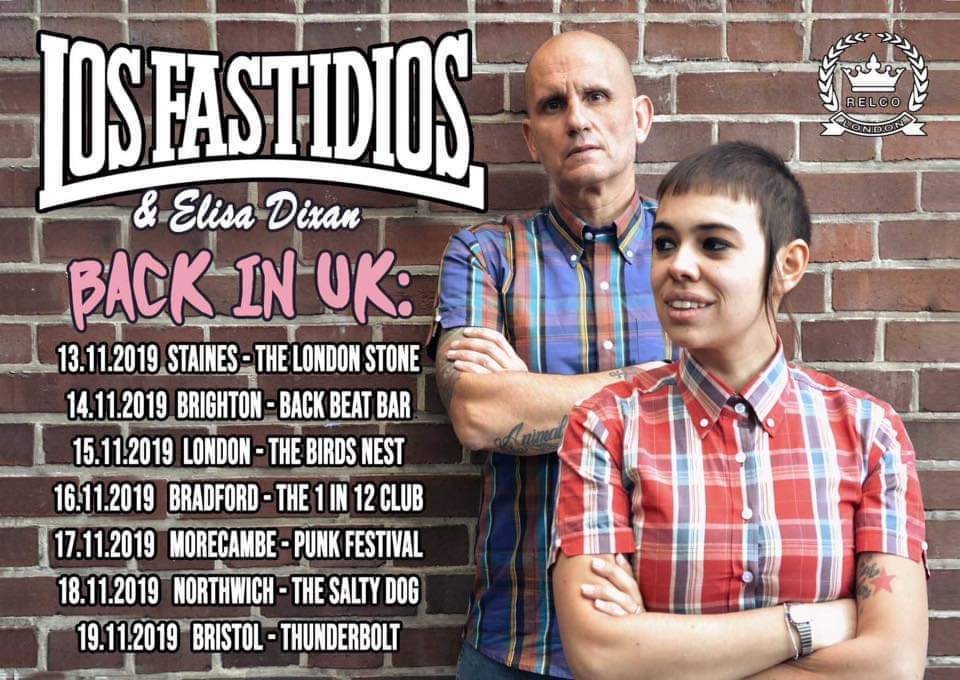