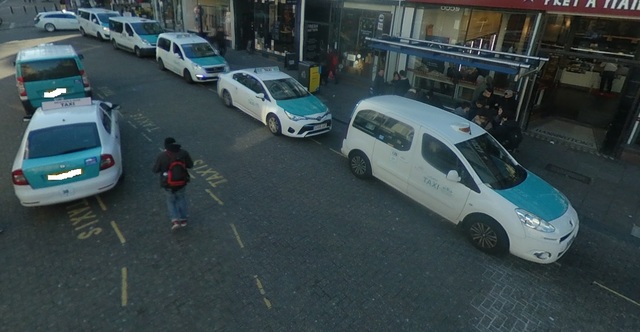 The city’s taxi ranks are meant to be for the sole use of hackney carriage taxis licensed by Brighton and Hove City Ciouncil.

But 11 private hire drivers have been caught using the city’s ranks since June – nine of which were licensed in Lewes and most of which work for Uber.

The authority’s Hackney Carriage officer Martin Seymour told the council’s Licensing Committee on Thursday 28 November that all those caught have received warning letters from the city council.

Licensing committee chair, Labour councillor Jackie O’Quinn said: “We are writing to Lewes about this because it is now such a problem.

“We need to appeal to our fellow councillors in Lewes to do something about it as we often see taxis from other areas, particularly Lewes, sitting in our ranks.”

He said: “We need to have a conversation with Uber to remind them ranks are not for them.”

Brighton and Hove City Council licensing department has also written to both Transport for London and Uber about the private hire company losing its licence in the capital.

He is asking for clarification as to what the 14,000 unauthorised trips in London means.

Uber’s licence to operate in Brighton and Hove is for 15 months.

The company lost its licence to operate in the city in May 2018, but this was reinstated after an appeal in December last year.