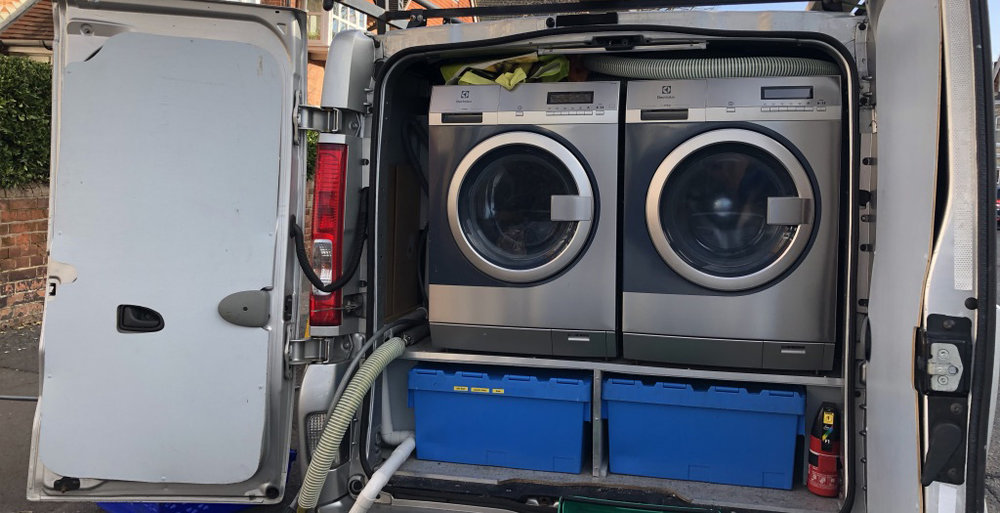 A rough sleeper who hadn’t brushed his teeth for months was brought to tears by the simple act of giving him a toothbrush and toothpaste – thanks to a homeless charity’s innovative mobile hygiene vans.

Off the Fence has run a day centre in Portland Road, Hove, for 23 years now – but although it has helped thousands of people get back on their feet, the huge rise in rough sleeping meant there was a need to do more.

The council has opened more night shelters – but although a safe sheltered bed is essential, it’s not the only thing homeless people need when they end up on the streets.

Keeping dry and clean during the day is also a constant struggle – and a lack of basic hygiene leads not just to body odour and social isolation, but also to some of the illnesses which cause early death.

With this in mind, Off the Fence launched two vans – one with showers and other basic medical and dental hygiene facilities, one with washing machines and driers – which are now taken around the city to where rough sleepers are most often found.

The charity’s CEO Paul Young said: “It became very evident there was a real crisis on the streets. We were being told about body odour, unclean clothes. Many homeless people were banned from public spaces like buses and cafes.

“A&E called us up and asked what could be done about the smell factor in a small space like A&E.

“We needed something that we could go to them and would be very flexible with the different agencies that need it and the different areas that homeless people frequent.”

An anonymous donor and lottery funding helped kickstart the project with the purchase of the vans, and electrical appliances were donated by Electrolux.

Southern Water agreed to allow the van to use its fire hydrants, and the council allows the vans to park for free.

And two years on, they have helped make a huge difference to the lives of hundreds of rough sleepers.

Mr Young said: “I have seen grown men cry over a toothbrush and toothpaste. And the smallest of cuts, if they hadn’t cleaned them, were causing people real issues.

“Our driers are going all the time. They are able to keep their sleeping bags and clothing dry and at the same time clean them up.

“While they’re waiting for the showers we have a gazebo where they can get coffee and chat and keep them under that, out of the rain.” 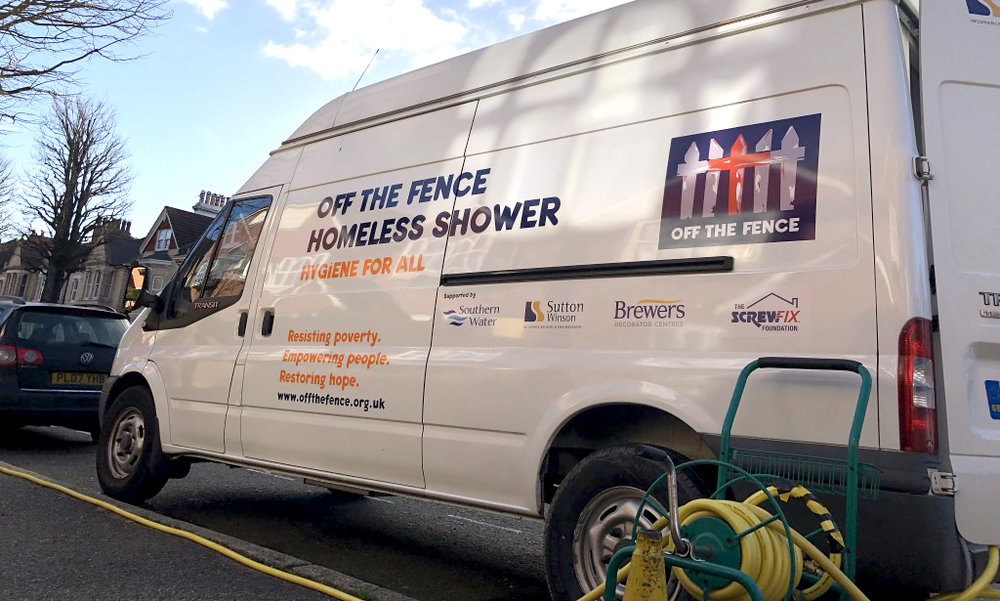 In a 2017 survey, 67% of homeless people in Brighton reported at least one preventable health condition and 34% reported that their health condition contributed to unemployment and difficulty handling daily living. The risk of death is eight times higher in people who experience these conditions.

Mr Young says that the service costs the charity about £30,000 a year to run, which pays for a full time staff member and supplies like shower cream and laundry liquid.

It complements the services available at the day centre, which include haircuts and footcare and clothing, food and housing support.

It also visits the Salvation Army drop in centre and St Anne’s Day Centre, and regularly stops by the Peace Statue on the seafront.

The council has also asked it if the laundry van can visit Kendal Court in Newhaven, which came under scrutiny after five people placed in temporary accommodation there died.

One of the areas highlighted in a council report into people feeling isolated there was the fact there were no laundry facilities, and no laundrette in the town either.

After the success of the vans, Off the Fence is now talking to a coffee supplier Roasted, which already supplies its day centre with coffee, and Churchill Square with a view to launching coffee tuk tuks staffed by homeless people.

The vans can be found at the following times and places (subject to change):