‘Have I Told You Lately’ about Van Morrison in Brighton 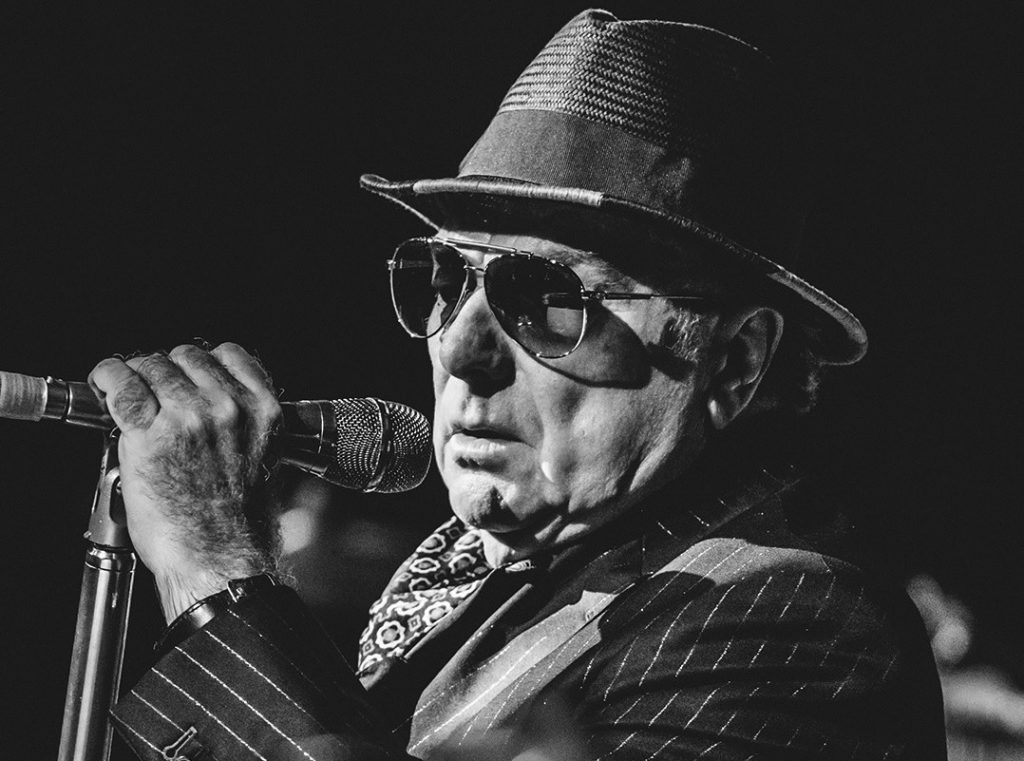 The six-piece band walked on stage without fanfare at Brighton Dome last night, Van Morrison following shortly afterwards and immediately launched in to ‘Three Chords And The Truth’. His first song, the title track from his latest album, was a fun and funky start to a great gig. Dressed in his signature suit, hat and dark glasses, Morrison could have been anyone, anyone, that is, until his distinctive vocals powered out, then there was no doubt, it was The Man himself. This was his second night in a row at the Brighton Dome Concert Hall and the last of a concise 6-date UK tour.

There was a tension and an air of anticipation in the auditorium, the audience of mainly middle-aged musos and fans did not want to upset Morrison, nor give full rein to their enthusiasm in case it had the same effect. The audience at the Brighton Dome were quiet for once, partly in awe of Morrison’s song writing skills, vocals and all round musical prowess and partly in awe of his phenomenally professional band.

So, where did this genius originate from? At the start of his career in the late 1950’s, a teenage Morrison played a variety of instruments including guitar, harmonica, keyboards and saxophone for different Irish show bands. By the mid-1960’s he was the lead singer of the Northern Irish R&B band, ‘Them’, with whom he recorded the classic ‘Gloria’ before leaving to work solo. Following the popular ‘Brown Eyed Girl’ in 1967, Morrison’s solo career really took off with 1968’s highly acclaimed album ‘Astral Weeks’.

Displaying his usual dislike of chat and banter with the audience between numbers, Morrison sang a varied full set of old songs, new songs and covers, moving easily between jazz, blues, soul, rock ‘n’ roll and R&B. Second up was ‘It Was Once My Life’, an upbeat cha-cha-cha, followed by, and without pause, ‘Saint Dominic’s Preview’ a great ensemble piece, which allowed the excellent band to display their considerable individual talents.

Highlights for me were ‘Magic Time’ from the album of the same name, released in 2005, and ‘Have I Told You Lately’ from ‘Avalon Sunset’ album released in 1989. Both songs gave us nostalgia, his inimitable style taking us to a different plane, sadly yearning but inherently hopeful at the last. ‘Ain’t Gonna Moan No More’ was a lovely bluesy, gently rhythmical and funky number with sensitive trumpet playing from Moran. Support artist James Hunter returned to the stage twice to duet with Morrison, and, as the set progressed, with favourites like, ‘Moondance’, the audience warmed and forgot to some extent their earlier tension. Rounding up with ‘Help Me’ a Sonny Boy Williams’ cover, Morrison’s encore of two hits from the 60’s fired up the audience more with ‘Brown Eyed Girl’ and finally ‘Gloria’ eliciting a standing ovation.

Fifty-one years and forty albums or so later, Morrison has received a knighthood, a Brit, an OBE, an Ivor Novello, 6 Grammys, two honorary doctorates, entry into The Rock ‘n’ Roll Hall of Fame and the French Ordres Des Artes Et Des Lettres, all testament to his genius and continuing creativity. Morrison, now 74, has recently released ‘Three Chords And The Truth’, the sixth album he has released in just over three years, and his best since 1997’s ‘The Healing Game’ in many people’s estimation.

Morrison disappeared stage left during the last song of the encore, ‘Gloria’, leaving the band to continue playing individual solos for another 10 minutes. As The Man himself says, “See, I don’t need to explain what I do or how I do it, I don’t need to.” He certainly doesn’t, his music speaks for itself, a glorious evening of beautiful music. 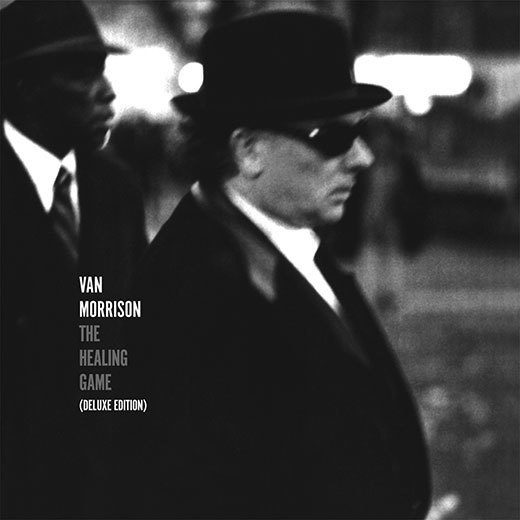 Van Morrison setlist reads:‘Three Chords And The Truth’
‘It Was Once My Life’
‘Saint Dominic’s Preview’
‘The Beauty Of The Days Gone By’
‘Baby Please Don’t Go’ / ‘Parchman Farm’
‘Ride On Josephine’ (Bo Diddley cover)
‘Gonna Send You Back To Where I Got You From’
‘I Don’t Want To Go On Without You’ (The Drifters cover)
‘Days Like This’
‘Moondance’
‘Magic Time’
‘Early Days’
‘I Can’t Stop Loving You’ (Don Gibson cover)
‘Have I Told You Lately’
‘Ain’t Gonna Moan No More’
‘Who Can I Turn To?’
‘The Party’s Over’
‘In The Afternoon’/’Ancient Highway’/’Joe Turner Sings’/’Raincheck’/’Don’t You Make Me High’/’Shake, Rattle and Roll’/’Sitting Pretty’
‘Help Me’ (Sonny Boy Williamson cover)
(encore)
‘Brown Eyed Girl’
‘Gloria’ (Them song)

Further info on Van Morrison can be found at www.vanmorrison.com

Support artist on the tour is James Hunter who is an R&B and soul singer from Colchester. He started singing with a band called Howlin’ Wilf and the Vee-Jays, and spent much of the 1990’s playing small pubs and clubs in London. Morrison, attracted by Hunter’s soulful style, appeared on Hunter’s first album in 1996, ‘Believe What I Say’. In 2006 Hunter produced a breakthrough album in the US, ‘People Gonna Talk’, which was nominated for a Grammy Award for Best Traditional Blues Album. He has sung backing vocals on several Morrison numbers.

Tonight, he performed a short mixed set of self-penned songs and covers, some numbers with vocals reminiscent of the soul smoothness of Sam Cooke and sometimes, funky, bluesy or just damn good old rockin’ and rollin’. A very good appetiser prior to Morrison’s main course.

James Hunter setlist reads:
‘Baby Let’s Play House’ (Arthur Gunter cover)
‘September In The Rain’ (Warren & Dubin cover)
‘Whatever it Takes’
‘You Got To Step Back’ (Sonny Boy Williamson cover)
‘When It Rains It Pours’ (Billy ‘The Kid’ Emerson cover)
‘Paradise For One’
‘All By Myself’ (Big Bill Broonzy cover)