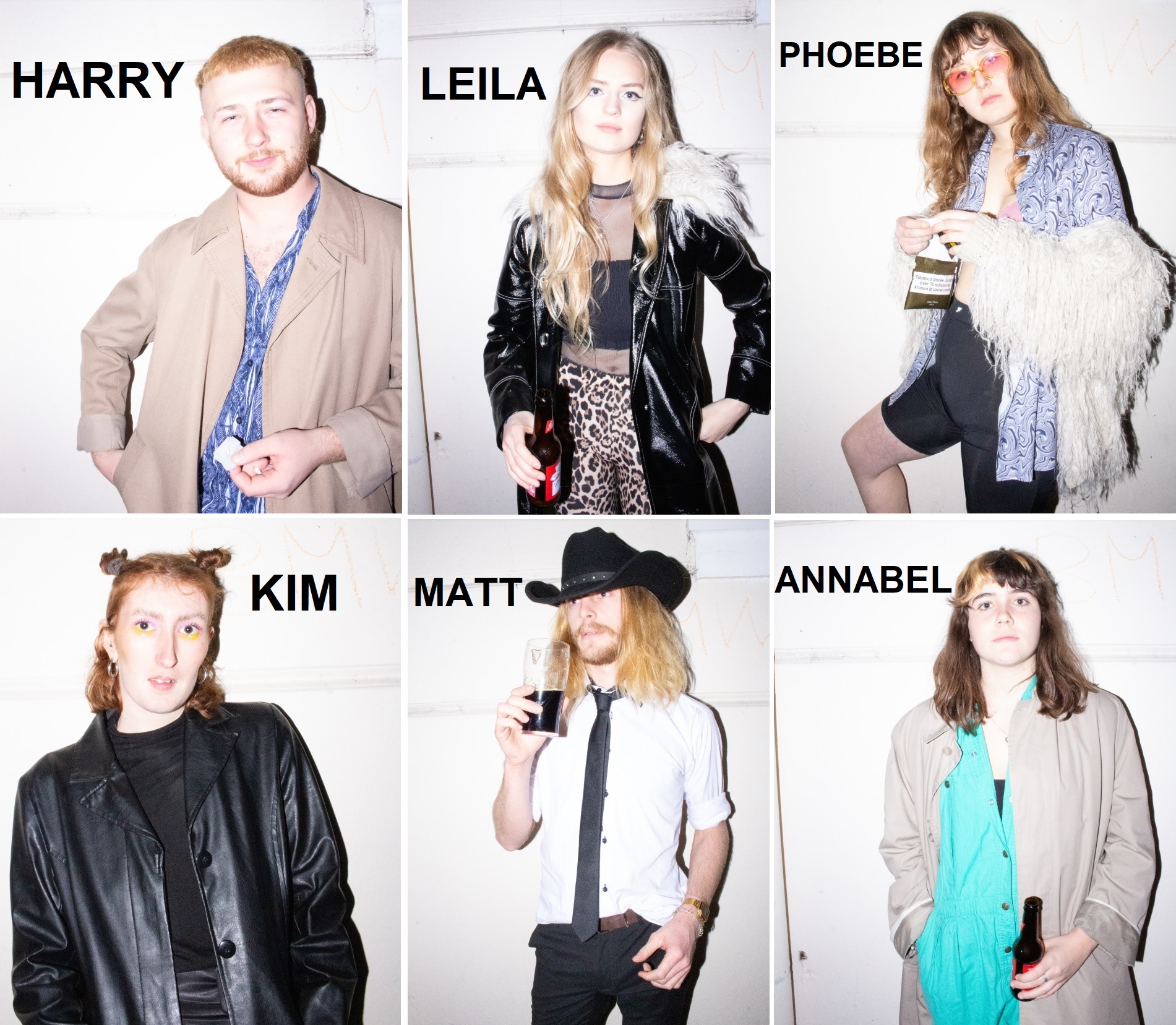 Wife Swap USA is a new name that we are certain that you will be hearing a lot more about over the next year! This relatively new Brighton ‘vibecore’ sextet got it together this summer and have just performed their debut gig up at The Hope & Ruin and we were there to absorb the electric atmosphere.

Wife Swap USA combine the grit and social awareness of IDLES, Slaves and Fontaines D.C., with the humour of Amyl & The Sniffers and The Chats. They fill the gap you didn’t know needed filling. Subverting classic punk themes with snarling bitterness, these Brighton based newcomers are most certainly the ones to watch in 2020. They offer you music that you can happily mosh to. They have multi-layered lyrics to make you think, coupled with a sod-you attitude, Wife Swap USA are here to do what they want. Good luck stopping them. 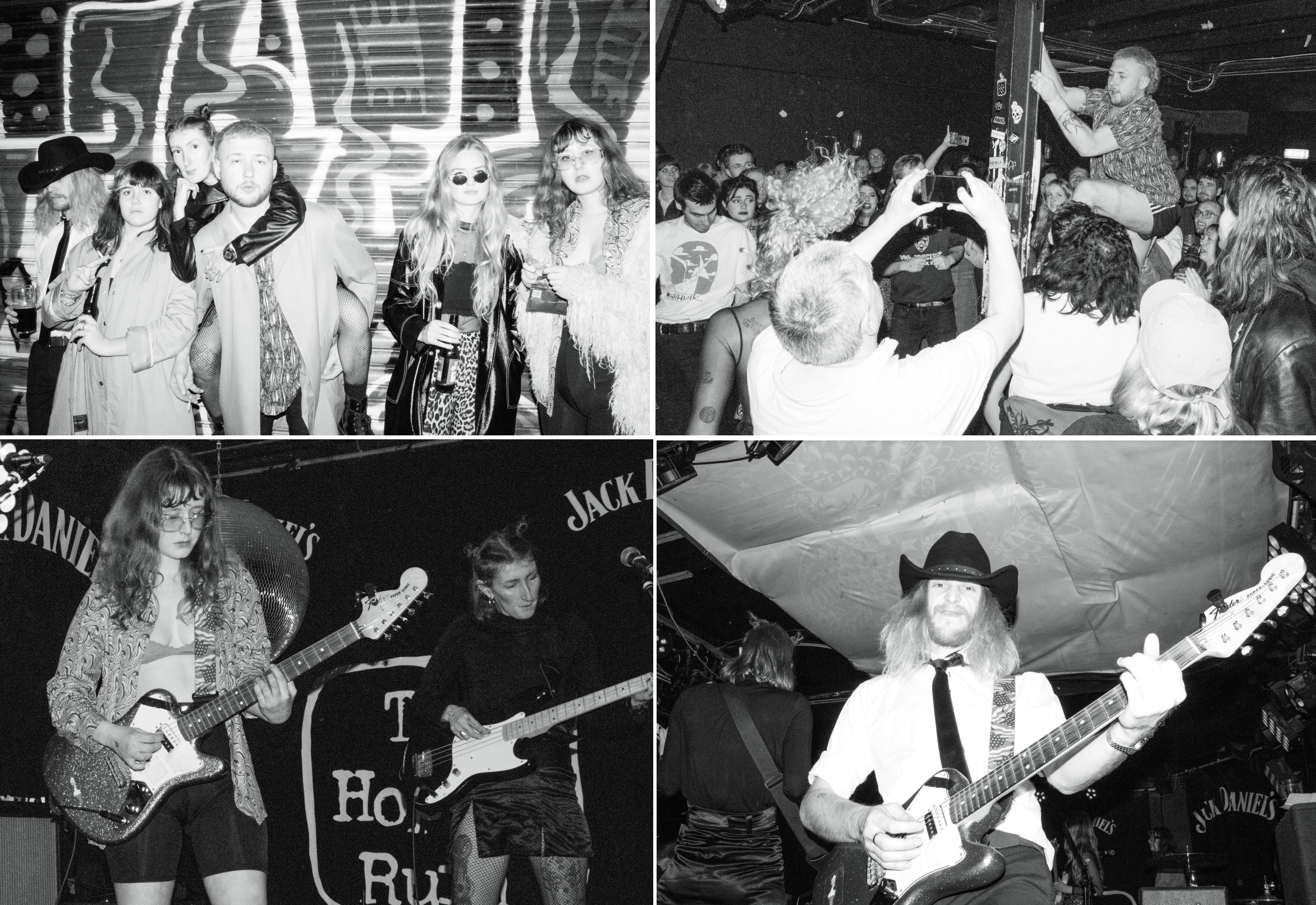 I arrive at The Hope & Ruin with literally minutes to spare and fight my way through the fag break gang congregated outside. I leg it upstairs, greet the promoter and swing open the venue door and …bloody hell it’s seriously packed! I certainly wasn’t expecting this for a debut gig!

Anticipation was clearly in the air and almost immediately at 10:14pm Wife Swap USA take to the stage for the very first time. A relatively young bunch methinks. Frontman Harry announces the first of no less than 14 tunes and they are off with ‘Sloths On The Run’. A relatively positive start, then track two ‘Too Sad To W*nk’ is upon us. Clearly this is a band with a sense of humour and write compositions akin to young people’s lives. This track is off at a blistering pace. Wow! I love it. More please!
‘I Don’t Wanna Work In A Bar Anymore’ is the fifth track in and is immediately picked up as a sing-along anthem with the crowd. Their performance so far has been rather impressive and the tunes certainly don’t outstay their welcome, in fact a majority of them are rather brief and I would guess that some even come in at under two minutes. This gig will be over before we know it.

This was addressed by the fact of Harry producing a whole bottle of Tuaca, that he opened for the band and punters. He eagerly shared the contents therein via a stick that it was strapped to, wrapped up in some foreign bank notes. To be honest, I had no idea what the contents were at the time as the bottle labels were covered by the aforementioned notes. I investigated the contents afterwards on returning home and according to the tin-ter-web thingy it says “Tuaca (Italian pronunciation: [tuˈaːka]) is a naturally flavoured brandy liqueur originally produced by the Tuoni and Canepa families of Livorno, Italy. Tuaca is sweet and golden brown in colour. Its ingredients include brandy, citrus essences, vanilla, and other secret spices. It is bottled at 70 proof (35% ABV”. No wonder certain fans were guzzling it, as it goes down a storm in Brighton ever since St James Tavern first started selling it in town a number of years back. 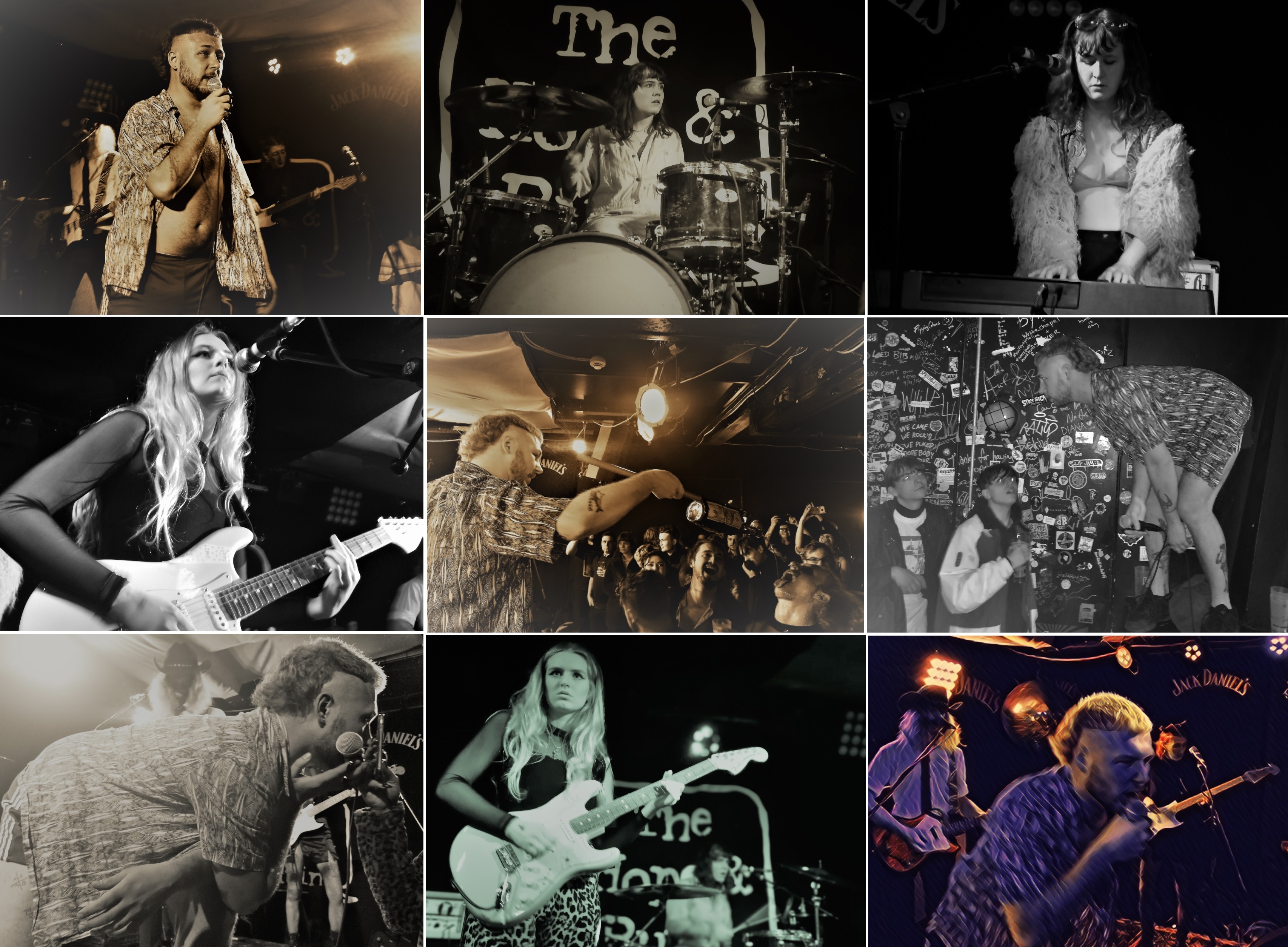 Wife Swap USA’s material is speedy punk littered with rap at times. Thus we were given ‘I Wanna Play In A Punk Rock Band’ and then four tracks on, we had a covers medley of Cypress Hill’s 1993 Top 20 smash ‘Insane In The Brain’ mixed with House Of Pain’s 1992 Top 10 hit ‘Jump Around’ (which interestingly was produced by DJ Muggs of Cypress Hill). The room went mad! It was mosh central. Harry was climbing up the metal pillar, then standing on the speakers and then being carried around by the punters. He even got the crowd to split into two right down the middle and when the music started they ran towards each other like two enemies having a bundle. It was fun! No menace whatsoever, just youngsters out for a good time.

‘I Lost My Virginity’ was the next track, which was so unbelievably Peter And The Test Tube Babies, that I couldn’t believe it wasn’t one of theirs! They ended on ‘Mullet Envy’, which reminded me of the Aussie lads in Amyl & The Sniffers as well as Brighton’s sadly missed Rotten Foxes.

After 34 minutes of mayhem, at 10:48pm their set came to an end and keyboardist Phoebe did a headstand in the middle of the stage and immediately the DJ loudly blurted out the 1998 Vengaboys Top.3 monster ‘We Like To Party!’ and most of the punters invaded the stage! It was absolutely rammed with people singing “The Venga bus is comin’ and everybody’s jumpin’……..”

I walked out of the venue thinking to myself …OMG, that was their first ever gig! How good can they get? Keep your eyes peeled for more local concert announcements over the next few months and then grab your tickets straight away, as judging by tonight’s adventure, they will sell out super-quick!

Wife Swap USA setlist:
‘Sloths On The Run’
‘Too Sad To W*nk’
‘I Love The Pub’
‘You’ve Been At The Bins’
‘I Don’t Wanna Work In A Bar Anymore’
“Interlude” (Tuaca On A Stick)
‘May Time’
‘I Wanna Play In A Punk Rock Band’
‘Snowstorm’
‘Sniffing USA’
‘Lipstick’
‘Insane In The Brain’/’Jump Around’ (Cypress Hill & House Of Pain covers)
‘I Lost My Virginity’
‘Catsnake’
‘Mullet Envy’ 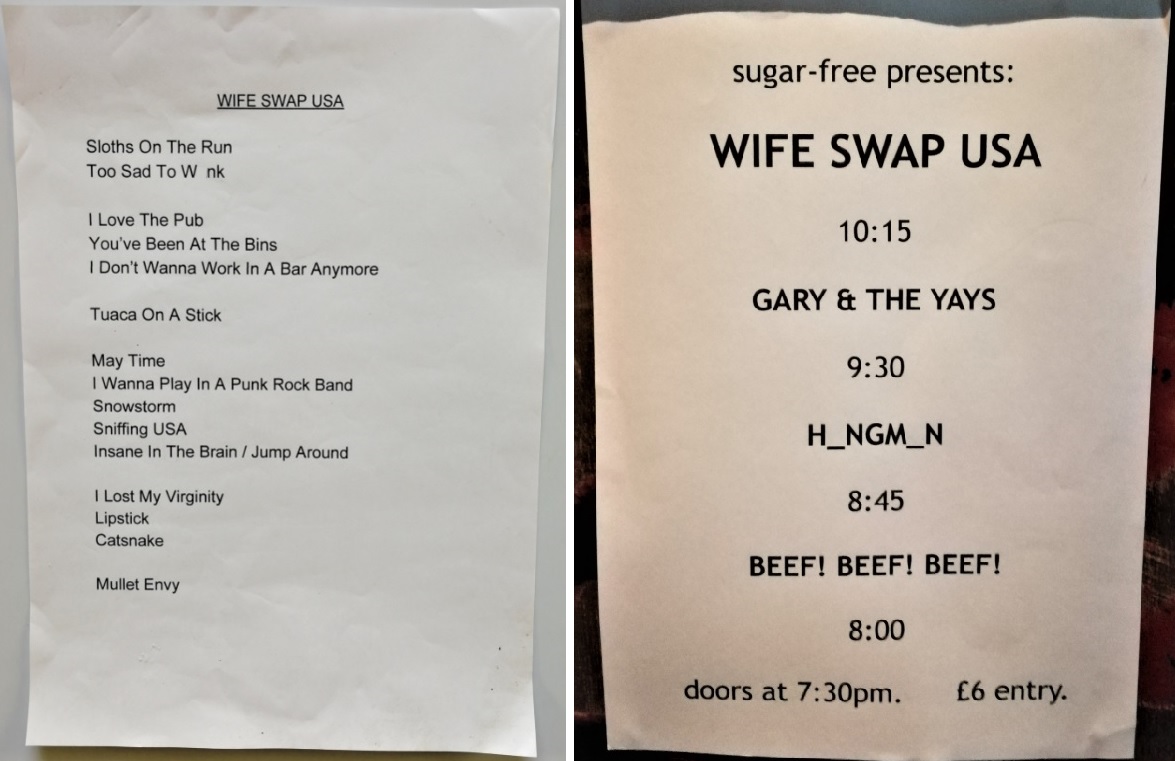