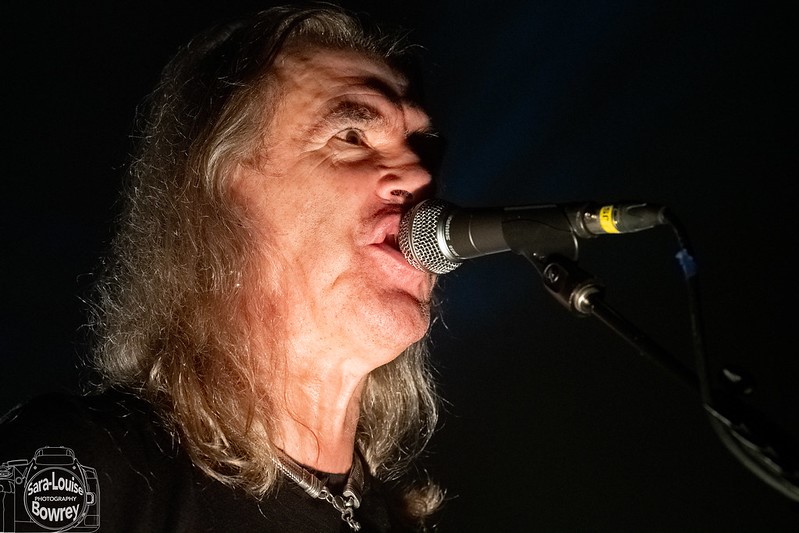 Tonight, we took a break from all of the political shenanigans and headed on down to the ever popular Concorde 2, which is located on Brighton seafront, in order to catch a much anticipated set from New Model Army. 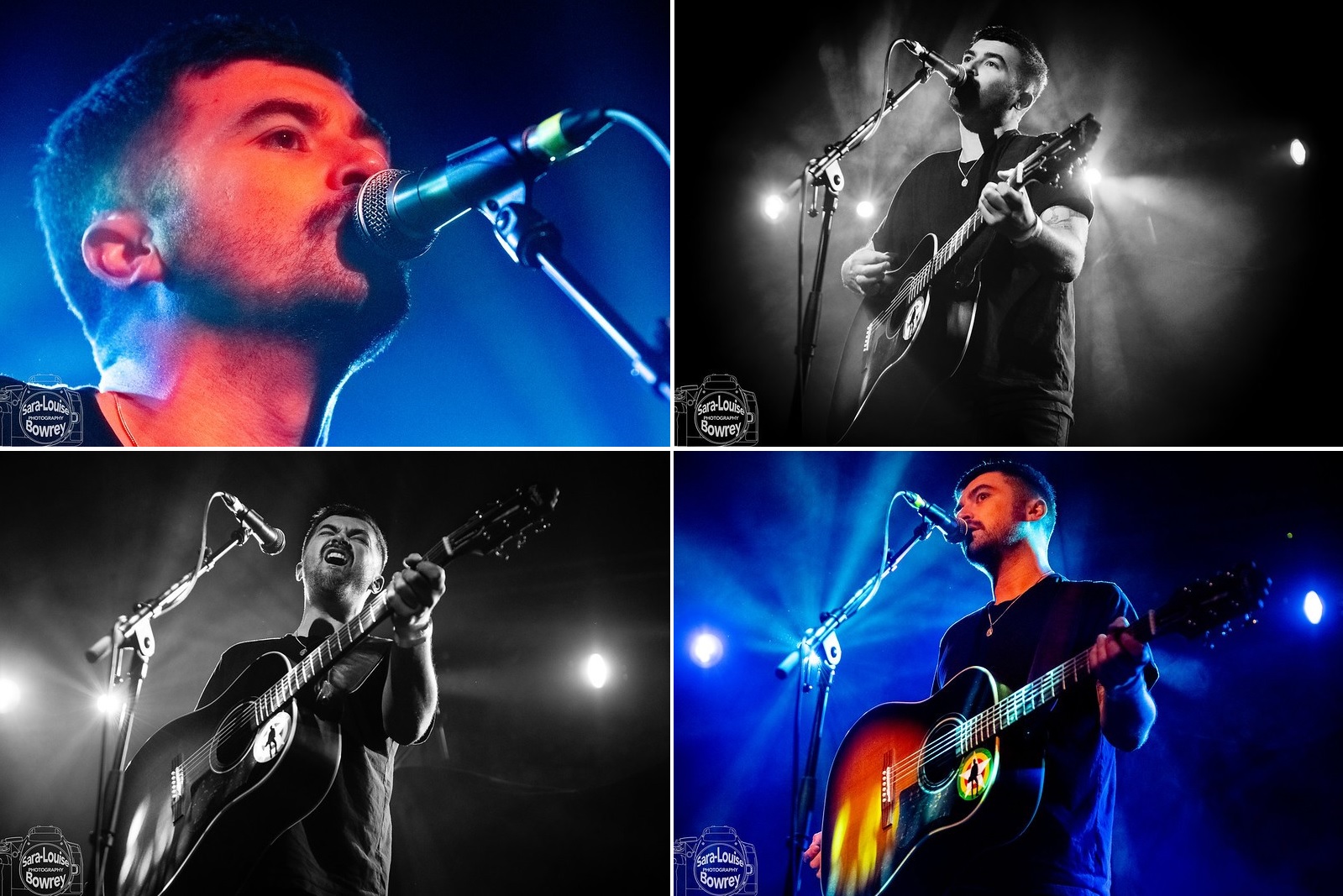 Support this evening was in the form of 26 year old Seán McGowan, who stands on his own at the front of the stage, guitar in hand. “I’ll bet some of you are disappointed ‘cos you thought you were going to see the Pogues singer”, he says, laughing. This has the crowd on his side straight away.

If there is some resemblance to Billy Bragg (albeit in a more modern style), that’s because he first encountered the forefather of punk-tinged political folk, in person in 2013 after being given a slot on Bragg’s Left Field stage at Glastonbury Festival. Since then, Bragg has given him advice and opportunity. “[Billy] gave me a voice, a direction, he’s kept me out of a lot of trouble. It’s been massive for me and touring with him [in 2017] was a dream come true.”

Currently working 3 jobs, including singing, to make a living, he is ashamed to admit that he still lives at home with his mum and dad.

I don’t understand why he hasn’t been snapped up my a major label yet. I’m sure it will happen. 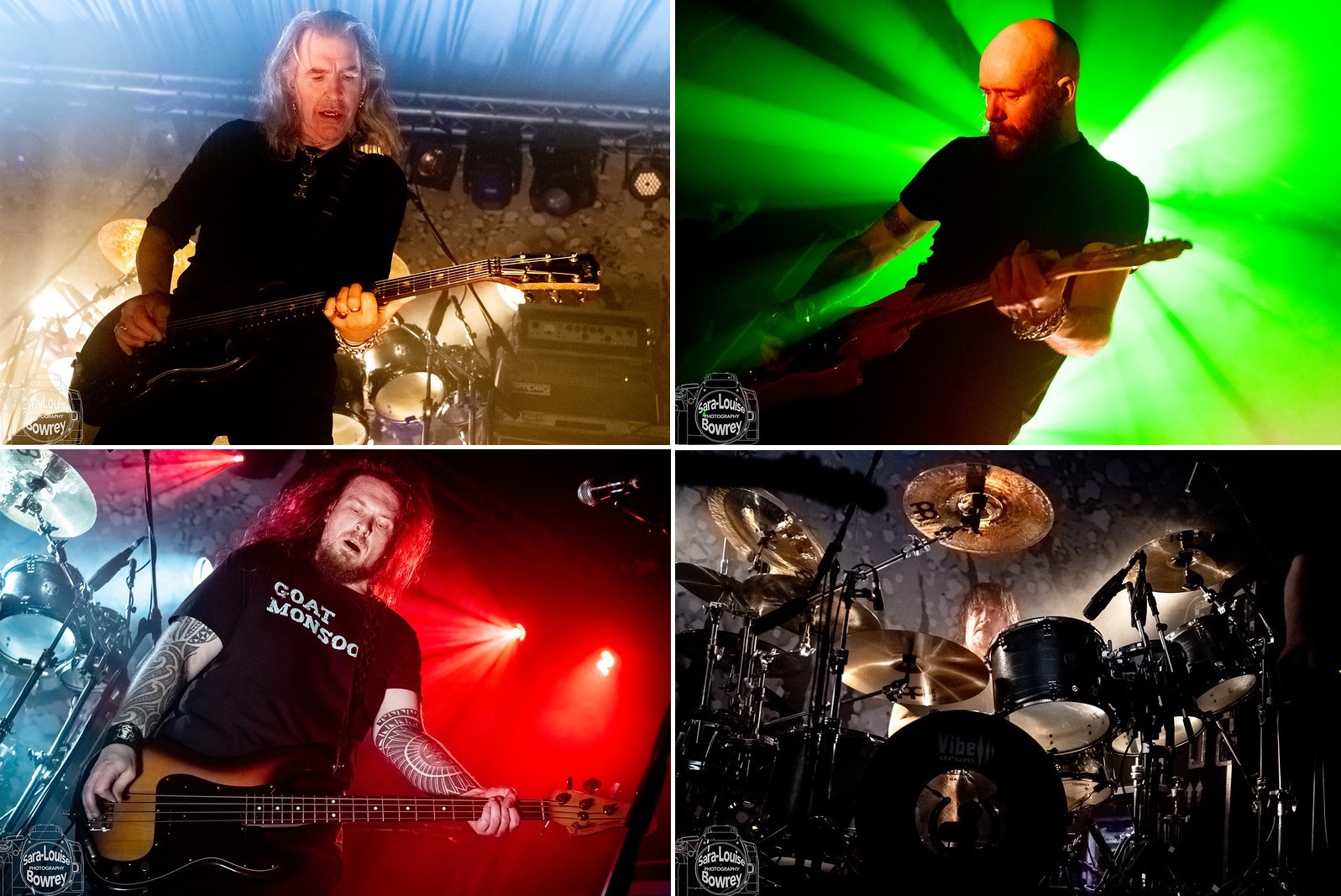 I bought the new album ‘From Here’ (blue splatter vinyl – signed copy, of course!) and to be honest, wasn’t expecting to hear what is probably one of their finest pieces of work! The album was recorded earlier this year on the tiny Norwegian island of Giske at the beautiful Ocean Sound Recordings studio and reflects the spectacular isolation of that environment yet has profound messages for the world we all live in and the times we are experiencing.

“We all have different lives and different tastes in almost everything, including music”, say the band. “One thing we have in common is the love of bleak, open, cold, rugged landscapes – water, snow, rock. So this was the perfect place for us to work on something collectively – at all times while we were working, we could look up and see the sky, the sea and melting snow on the mountains, all in a constant state of change. So this album has a feel that is different to our other albums, but it still contains all the elements that characterise our peculiarly unidentifiable music – perhaps even more than ever. And ‘From Here’ was an obvious title. The record belongs to a very special place and a particular time – what is happening in the world, where we are as a band and where we are as people.”

Members have changed over the years and musical styles have evolved, but at the heart of the band Justin has remained, along with a distinct and sincere belief in the power of music to inspire and effect change on a personal and political scale, both locally and globally. With the band’s highly acclaimed albums ‘Between Dog And Wolf’ (2013) and ‘Winter’ (2016) bringing renewed critical appreciation, chart success and an ever-growing audience of new fans to join the legion of faithful devotees and already with around 15 studio albums, numerous compilations and live albums NMA will be conquering new ground for years to come…

Anyway, to the show, which, by the way, is sold out:

The band march on (!) to rapturous applause from the audience – a diverse mix of young and seasoned NMA fans. It never ceases to amaze me that so many of the young audience knows all the words to the songs!

The lighting is perfect as the band steam into ‘No Rest’, from 1985’s album ‘No Rest For The Wicked’. And then there’s another surprise: I have been to more shows than I can count at the Concorde, but I have never, ever, heard the sound so good. I mean REALLY good – and this continues for the whole evening…

There’s plenty of banter – not surprisingly (bearing in mind it’s voting night), politically based. But it’s humour that wins through and the band mix the whole show with songs, old and new, every one a crowd pleaser. You just can’t pigeon hole this band. Is it Post Punk, New Wave? Is it Rock? Folk? Chuck in some anthemic hands in the air stuff, and what have you got? Erm, New Model Army at their finest!

I don’t think I have ever had a show go so fast because after the fantastic ‘Here Comes The War’ the band leave the stage to freshen up in readiness for the 3 track encore.

It’s a perfect show from start to finish. Professional, polished, beautifully engineered and tight – but allowing enough of the expected rawness to shine through.

I can’t wait to see them again! NMA get my vote!

Find out more at www.newmodelarmy.org 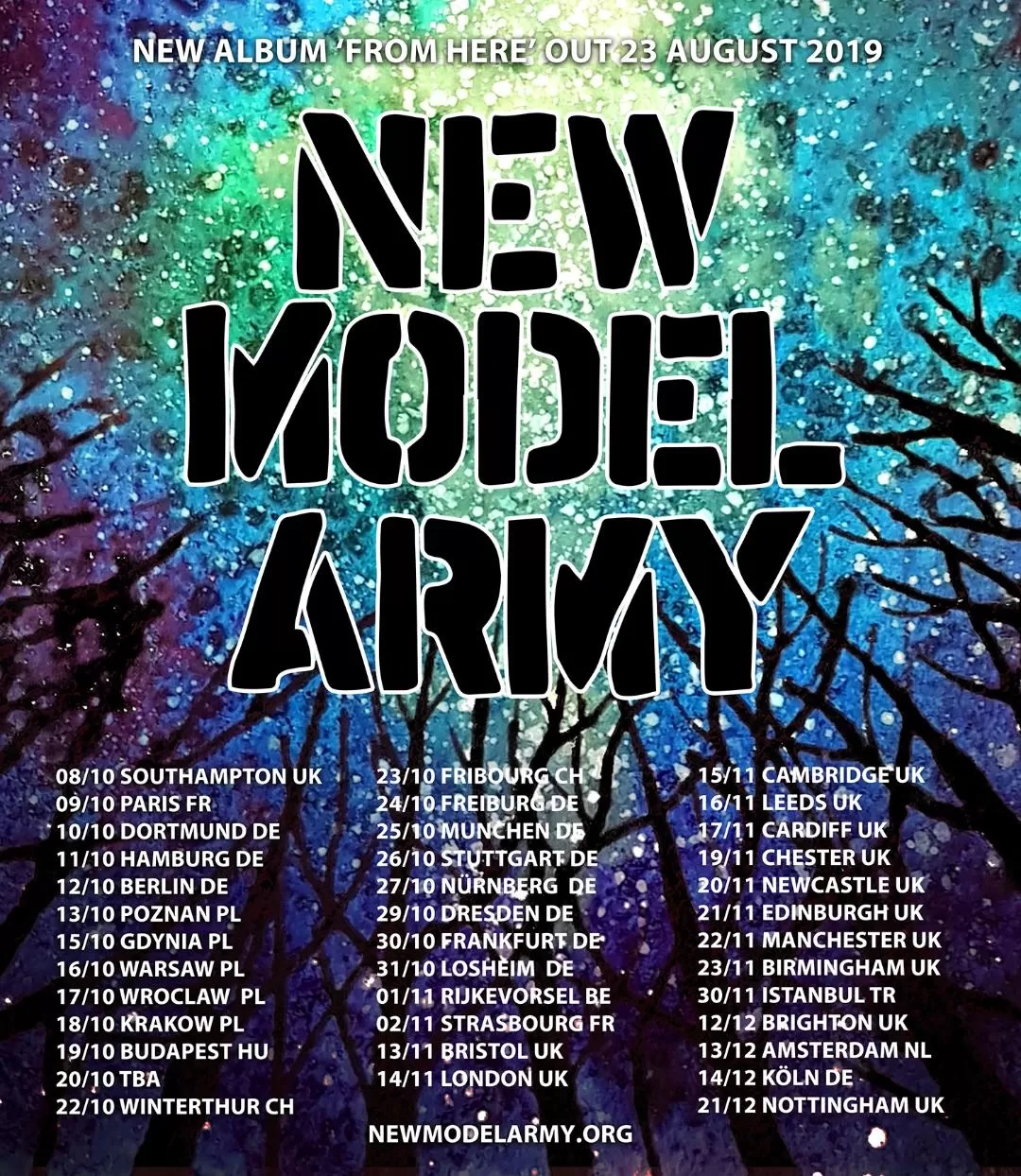