What’s happening at the count in Brighton and Hove

Counting is under way at the Brighton Centre for the three parliamentary seats in Brighton and Hove. 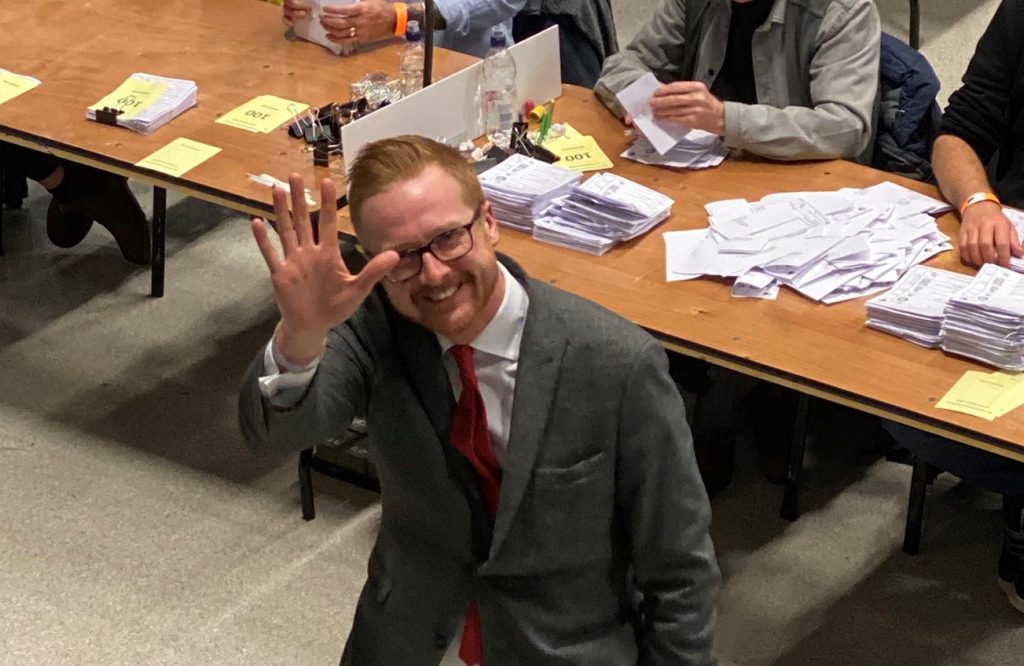 Lloyd Russell-Moyle at the count at the Brighton Centre

The first news of the evening is that the turnout in the Brighton Kemptown constituency is 69.7 per cent.

The number of ballot papers from polling stations totalled 38,400 while there were 10,276 postal votes.

In the first of the local results, Labour has held Brighton Kemptown with a slightly reduced majority.

Lloyd Russell-Moyle won the seat with 25,033 votes – a majority of 8,061 over Conservative candidate Joe Miller who came second with 16,972 votes.

In Brighton Pavilion, Caroline Lucas retained the seat for the Greens, increasing her majority to almost 20,000.

And in Hove, Peter Kyle held on with a majority of 17,044, even as Labour performed disastrously elsewhere.

A former member of Brighton and Hove City Council, Maria Caulfield, held Lewes for the Conservatives, with a majority of 2,457. She won the seat from the Liberal Democrats in 2015 and held it in 2017.

In Dagenham and Rainham, another former Brighton and Hove councillor, Tom Bewick, came third for the Brexit Party with 2,887 votes. Jon Cruddas held the seat for Labour with a majority of just 293, down from 4,652 in 2017.

In Luton North, Sarah Owen, a former political assistant for the Labour group on Brighton and Hove City Council, held the seat for Labour, with a majority of 9,247.

Sussex University graduate Kemi Badenoch has held on to her Saffron Walden seat for the Conservatives with an increased majority. She is currently the Minister for Children and Families. At Sussex she studied computer systems engineering.

Amy Dalla Mura, 56, of Eaton Villas, Hove, attracted just 432 votes in Broxtowe, in Nottinghamshire. She stood for the English Democrats in the seat held by former Conservative MP Anna Soubry who defected to the Independent Group for Change.

Your chance to have a say about graffiti