A Hove man has been jailed for 12 years after he stabbed a man in the Royal Pavilion Gardens, in Brighton. 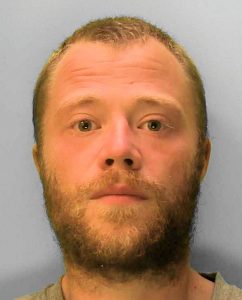 Arron Owston will also serve three years on licence after his release from prison.

His victim Lukasz Sinkowski survived, having been in a coma in hospital after the attack.

Sussex Police said: “A man who inflicted serious injuries on another man has been jailed.

“Police were called to the New Road and Pavilion Gardens area of Brighton around 5.30am on 15 June to reports of a stabbing.

“CCTV footage of the area showed Owston and the victim, a 38-year-old man, having a verbal altercation.

”The victim walked away before Owston stabbed him in the right-hand side.

“He was taken to the Royal Sussex County Hospital, in Brighton, for treatment.

“Owston was arrested by the Metropolitan Police in Westminster London on Thursday 5 September and subsequently charged with grievous bodily harm with intent.

“He was later also charged for a knife-point robbery, actual bodily harm in Brighton and a theft offence in London in June and July.

“Owston received a 12-year custodial sentence with a three-year-extension.”

Detective Sergeant Joe Jardine said: “Owston showed little regard for his community or victim in this case.

“The level of violence involved with the assault in June was completely unacceptable.

“The victim has been extremely brave in coming forward and assisting our investigation and I would like to praise his commitment to the case.

“This is deservedly a lengthy sentence for Owston and I hope it goes someway to providing the victim with some closure.”