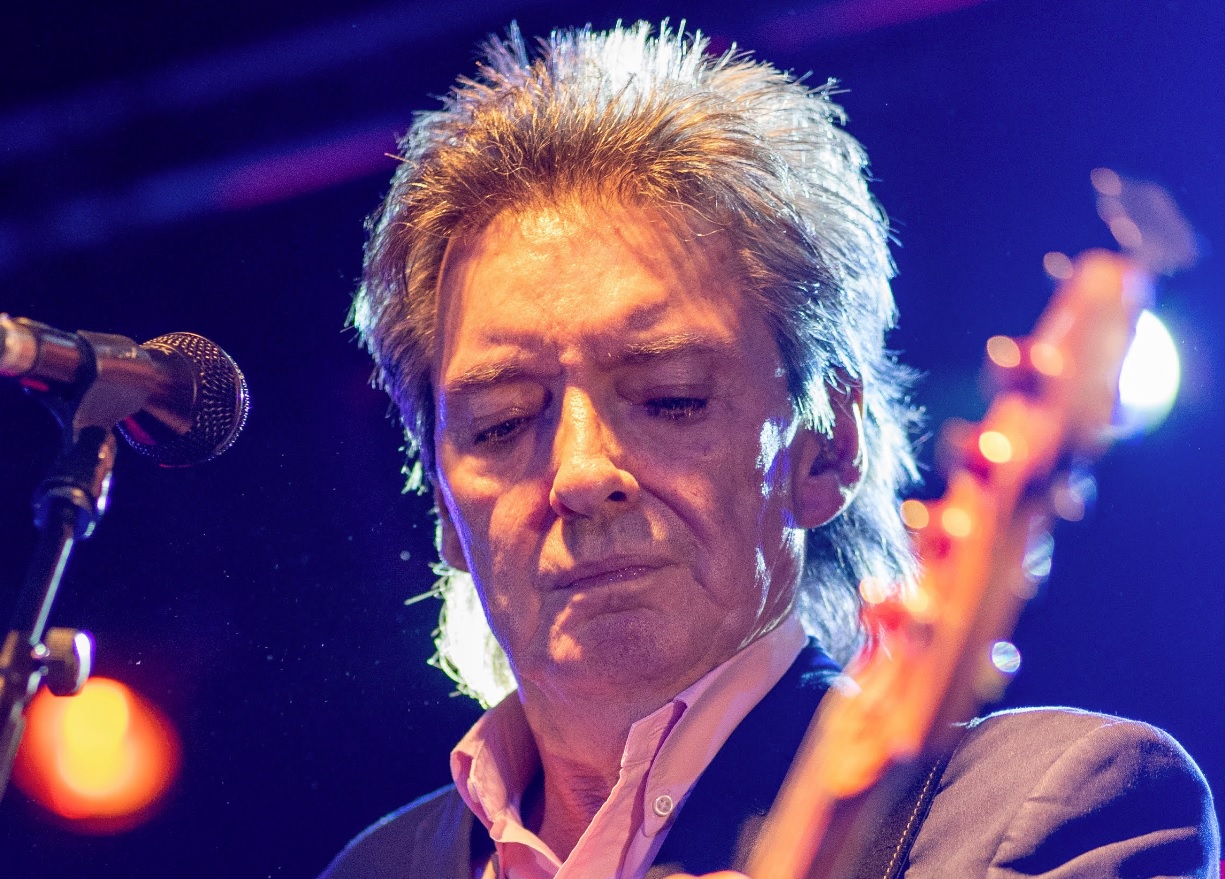 Bruce Foxton – ‘From The Jam’ live at the Concorde 2, Brighton 13.12.19 (pic Cris Watkins Photography/PunkInFocus) (click on pic to enlarge!)

It is bitterly cold down due to the sea breeze down on the seafront tonight, as a line begins to form around the iconic Brighton venue of Concorde 2. After only about ten minutes of waiting the frozen fans are let into the warm, in order to start enjoying their Friday night. The politics of the election has definitely been on the minds of everyone here in the UK for the last few weeks and it can be seen from the vibe of the crowd that everyone is a bit relieved that the election is finally over.

On the bill for tonight is ‘From The Jam’. A successful attempt by Bruce Foxton to continue the legacy of one of Britain’s most defining bands ‘The Jam’. From The Jam is comprised of legendary former ‘The Jam’ bassist Bruce Foxton, vocalist and guitarist Russell Hastings, drummer Mike Randon, and Andy Fairclough on Hammond and piano.

Formed in 2007, From The Jam have been touring the world to sold-out crowds ever since. Being the 40th anniversary of The Jam’s critically acclaimed album ‘Setting Sons’ there is not a better time for a tour showcasing some of the bands best hits and tunes.

The tour has been supported on most of the dates by the Vapors, who were the original support act on the 1979 ‘Setting Sons’ tour. The Vapors are well known in their own right for their huge UK chart hits, ‘Turning Japanese’, ‘News At Ten,’ and ‘Jimmie Jones.’ However, they are not supporting From The Jam on the Brighton dates.

It was initially unclear if there is a support band for the Brighton dates, however sadly tonight there was no one. Which I feel is a bit of a missed opportunity, as from when the doors opened at 7:15 till when From The Jam comes on there is little entertainment other than the sound system running through a playlist of absolute tunes from the likes of ‘UK Subs’ and ‘The Clash’. 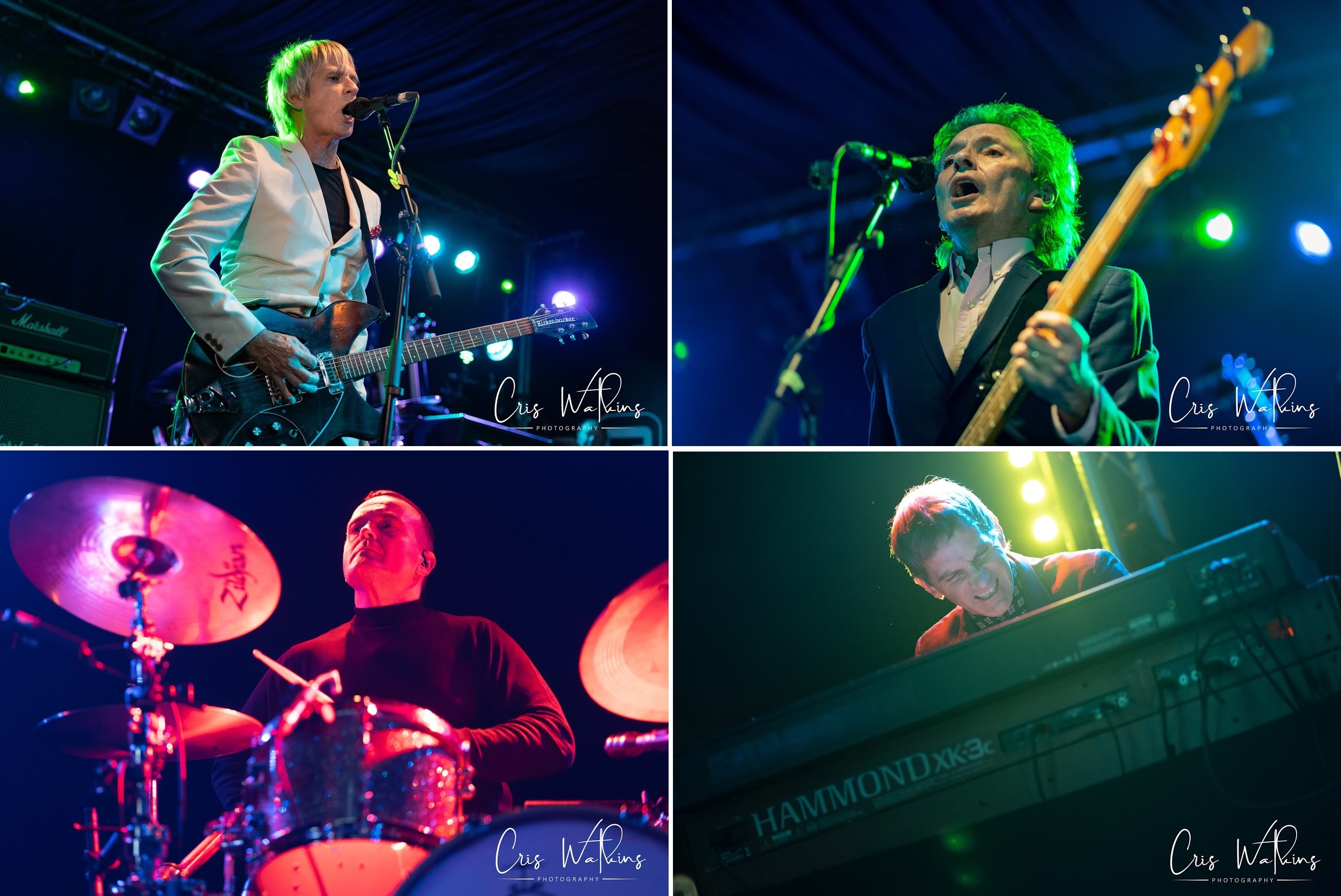 From The Jam live at the Concorde 2, Brighton 13.12.19 (pics Cris Watkins Photography/PunkInFocus) (click on pics to enlarge!)

At 8:30pm From The Jam comes to the stage, as the lights dim and the backing music gets softer. Foxton gives a fairly standard “Good evening Brighton”. They are dressed in the traditional outfits of The Jam, being smartly tailored suit jackets. ‘From The Jam’ emerges as a 4 piece even though ‘The Jam’ was usually presented as a trio.

Bruce Foxton who is in his 60’s looks fairly good for his age and has not lost any of his energy or enthusiasm for the band. Starting on ‘Girl On The Phone’, I realise that Russell Hastings can imitate Paul Weller’s voice and singing style down to a tee. The whole outfit is a very decent and accurate homage to the original.

The crowd is enjoying the classics with some of the biggest songs being ‘The Eton Rifles’,’Town Called Malice’ and ‘That’s Entertainment’. Shouting along and moving around to the tunes, the crowd is showing their appreciation by continuously whooping, hooting and applauding. At this point, everyone here is a bit beered up and is giving it the business.

The band uses many different guitars throughout the performance, swapping seemingly every song to achieve the most authentic sound of the times. They finish before their encore on ‘Strange Town’ before heading off stage for about five minutes. When they return they play a three-song encore including ‘David Watts’ (The Kinks cover), ‘In The City’ and ‘Going Underground’. These are played to howling applause.

The outfit seems to have loosened up and is really enjoying themselves now. They had managed to avoid politics up until this point, but at this point, they did address the elephant in the room, showing some concern about the country falling into a great big hole. In the last song of the evening, things heat up, as people start jumping and I see possibly something close to a moshpit. They leave the stage after saying it’s been a pleasure. Everyone quickly leaves in a drunken march shouting along to ‘London Calling’ by The Clash, which was originally released exactly 40 years ago today!

The homage was accurate and exciting with everyone there seems to of had a pretty good time. It was a trip back to the past full of tunes and attitude. If you are a fan of The Jam, I would recommend giving From The Jam a try for a really enjoyable night out.

More info on the band can be located HERE. 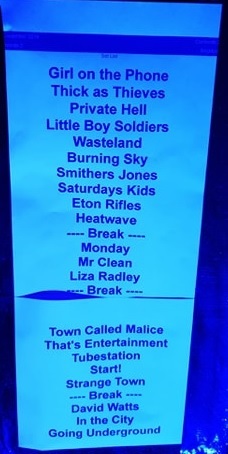