Five members of a Brighton drug dealing gang have been jailed for 30 years by a judge at Hove Crown Court. 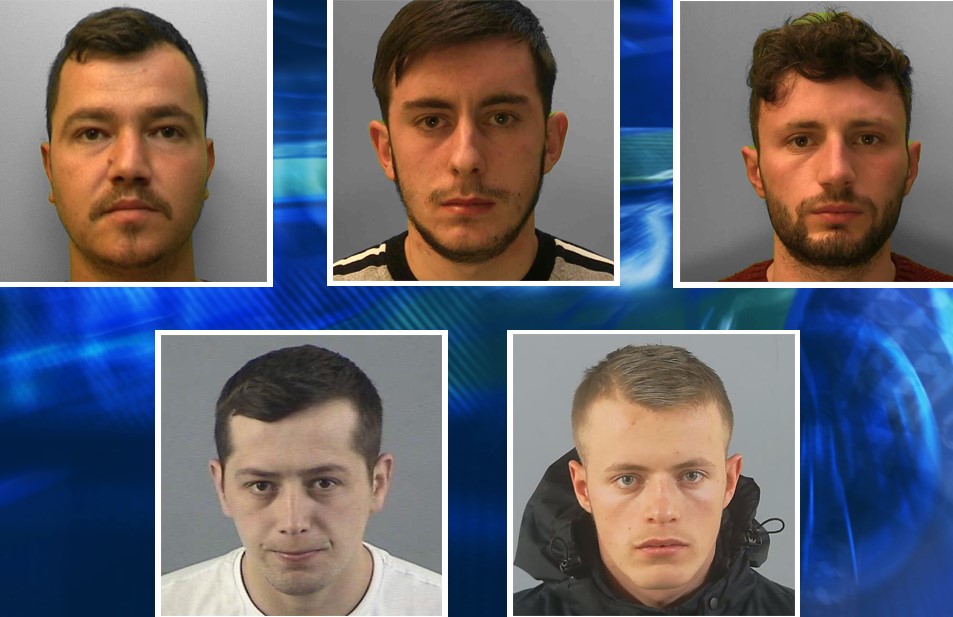 They sold cocaine and cannabis worth tens of thousands of pounds in Brighton and Hove after bringing it to the city from Southampton.

The gang were caught after a series of raids over three days in March by officers from the Brighton and Hove Community Investigation Team and colleagues known as “prevention officers”.

Sussex Police executed drugs warrants at premises in Lower Rock Gardens and Russell Square, in Brighton, Brunswick Square, in Hove, and The Dell, in Southampton.

Officers seized 1.3kg of cocaine, 5.3kg of cannabis and £23,000 in cash in Brunswick Square – as well as drugs and cash at other addresses.

A year of work had gone into the investigation before police carried out the raids – and when the five men’s cases reached court, they all pleaded guilty.

Ervis Jahja, 28, of The Dell, Southampton, was sentenced to 10 years and nine months in prison for conspiring to supply cocaine and money laundering.

Euxhenio Hoxah, 21, and Florjan Kadiu, 26, both of Lower Rock Gardens, Brighton, were jailed for the same offences for seven years and three years respectively.

Ndricim Xhepa, 31, and Esmeraldo Tola, 21, both of The Dell, Southampton, were jailed for conspiring to supply cocaine.

Xhepa was given a three-and-a-half-year sentence and Tola was jailed for three years.

Detective Inspector Dee Wells, of the Community Investigation Team, said: “The investigation, codenamed Operation Moonraker, started in March 2018 and over the last 20 months a huge amount of work has gone into securing these custodial sentences.

“We seized significant quantities of cocaine and cash and disrupted the activity of the drug dealers who have now been taken off the streets of the city.”