A senior overseas aid official from Brighton has been included in the New Year Honours List. 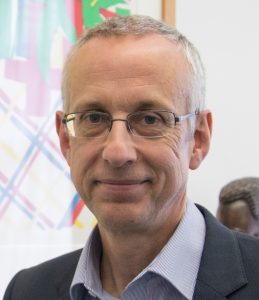 Nicholas Lewis Dyer – known as Nick Dyer – becomes a Companion of the Order of the Bath (CB) for services to international development.

Mr Dyer is the director general for economic development at the Department for International Development (DfID).

His bosses praised “an amazing career … which has seen him work around the world”.

Mr Dyer said: “I am delighted to receive this recognition. It reflects all the great work UK aid does to save lives and reduce poverty around the world.

“This award is testament to the brilliant people I work with every day across DfID, all working to make the world a better place.”

In a career lasting more than 30 years he has spent 10 years working in Africa, including in the refugee camps of South Sudan and in areas hit by conflict in the Democratic Republic of Congo.

His government department said: “He has also helped to deliver some of the department’s vital work to tackle climate change across Africa, most recently supporting solar power programmes in Kenya and helping African farmers adapt to a changing climate.

“Nick was born in Uganda, returning to the UK when he was just five where he attended the Costello School in Basingstoke. He has often returned to Africa, both for work and on holiday with his family.

“He and his family have lived in Brighton since 1998. When he’s not in the office, Nick enjoys cycling around Brighton’s windy lanes. He’s a determined cyclist and refuses to let a bit of East Sussex drizzle stop him from his ride along the seafront.”

International Development Secretary Alok Sharma said: “It is fantastic to see so many international development workers receiving honours for their tireless work supporting people in developing countries. Congratulations to all of them.”