Thieves have stolen lead and copper estimated to weigh more than 10 tons from the grade II listed Madeira terraces on Brighton seafront. 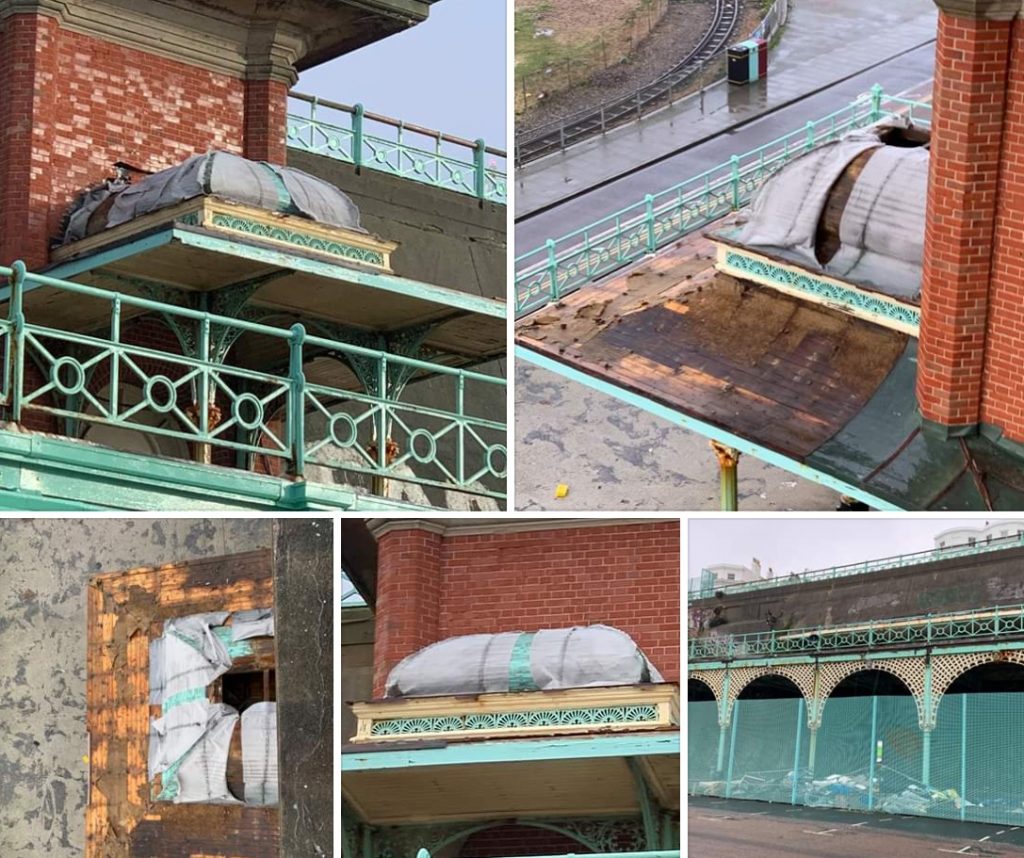 Sussex Police said: “Thieves have stolen copper and lead from historic buildings on Brighton seafront, causing more than £10,000 damage in the process.

“They struck between 11pm on Monday 23 December and 1.40am on Boxing Day, stripping copper from the roof of the restored Victorian lift linking the A259 Marine Parade and Madeira Drive.

“They also stole lead, estimated to weigh some 10 tons, from three shelters near by.

“All the buildings targeted have grade II status, the lift having originally been opened in 1890.

“It was restored in 2013, with distinctive copper griffins and a dolphin weathervane among its features.

“Police are appealing for anyone who saw anything suspicious or noted suspicious vehicles in the area, particularly if they may have mobile phone or dash-cam footage, to report details online or to call 101, quoting serial 315 of 26/12.