The man killed in Brighton just over a week ago was “creative and independent” with a “gentle demeanour”, his family said. 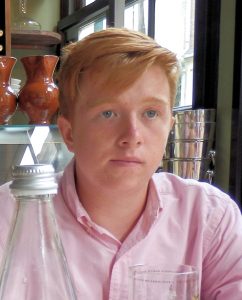 The tribute came as post-mortem tests revealed that Billy Henham, 24, died after a sustained attack.

His body was found in a building in North Street, Brighton, on Thursday 2 January.

Sussex Police said: “The family of 24-year-old Billy Henham, from Henfield, have paid tribute to their son.

“Billy was tragically found dead at a building in North Street after officers attended the property following a report of concerns for a person on (Thursday) 2 January.

“A post-mortem examination revealed he died of his injuries following a sustained assault.”

His family said: “Our son Billy was a man who walked his own beat, creative and independent.

“His gentle demeanour and belief that the world was a friendly place meant he made himself vulnerable at times.

“His guardian angel who had looked after him on so many other occasions sadly lost sight of him on New Year’s Eve.

“So many people have kindly shared their happy memories of him with us, their love and kind words are giving us all huge support at this terrible time.”

“They have all been released on bail subject to strict conditions, pending further inquiries.”

Detective Chief Inspector Alex Geldart, of the Surrey and Sussex Major Crime Team, said: “My thoughts are with the family and friends of Billy at this very difficult time.

“Our investigation into his death continues at pace and at this time we would ask for anyone who may have information that might help our enquiries to come forward.

“We are particularly keen to understand Billy’s movements in the city on New Year’s Eve (Tuesday 31 December) from 6pm onwards.

“He left his home address in Henfield before travelling to Brighton.

“Anyone with information they believe could assist police with their investigation is urged to report online or call 101, quoting Operation Gatling.”