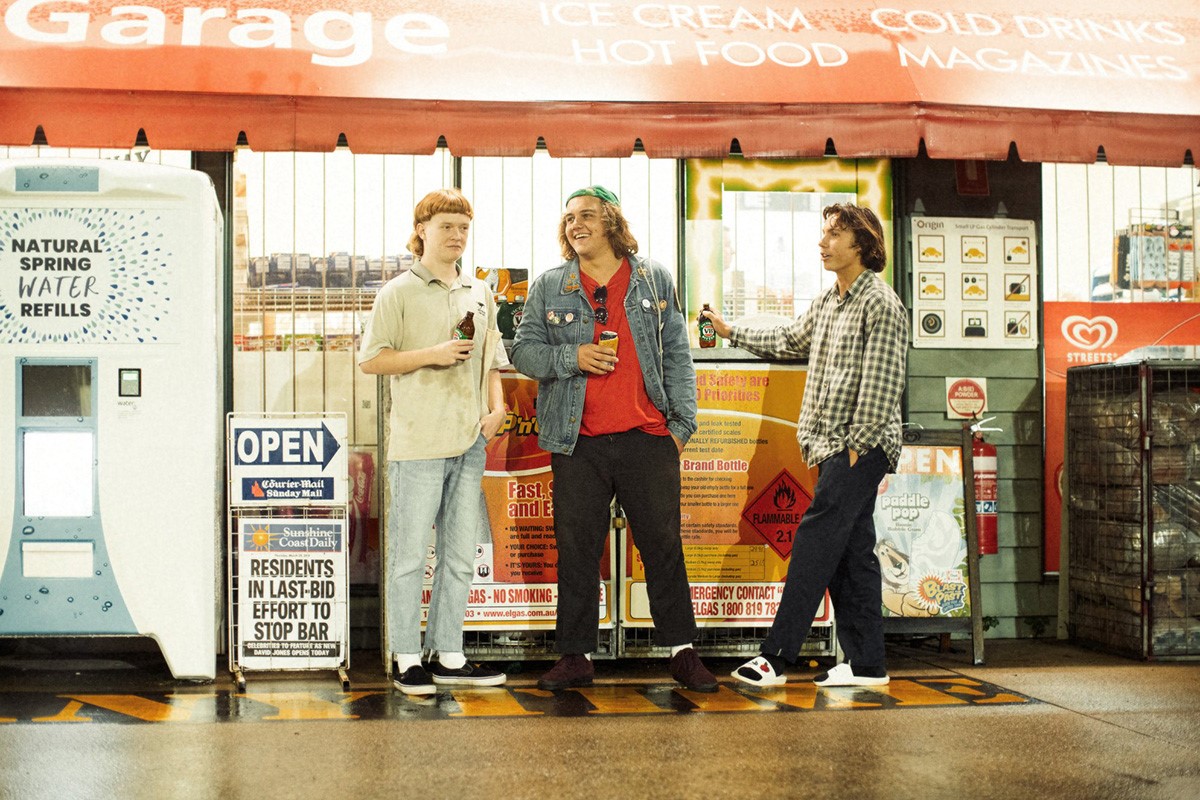 The Chats are coming to Brighton (pic Luke Henery) (click on pic to enlarge!)

The Chats who recently took the Concorde 2 by storm on 30th November 2019, (read our review HERE) have announced that their debut album titled ‘High Risk Behaviour’, will be out on 27th March on Bargain Bin Records/Cooking Vinyl Australia. Pre-order it HERE.

To mark this momentous occasion the band have tonight released an eye-watering new video for their new single ‘The Clap’, take it in but on an empty stomach. Watch it HERE.

This is the closest you’ll ever hear The Chats get to write a love song (that is unless you are talking about their love of beer). A cautionary tale about a root gone wrong (direct quote), and an STI that just wouldn’t leave. The Clap features guitarist Pricey on vocal duties and is taken from the forthcoming album.

The Chats have the cops to thank for the title of their debut album, ‘High Risk Behaviour’. If they didn’t keep hassling drummer Matt Boggis about skating in places he shouldn’t – and giving him tickets listing that as the offence – who knows what idiotic title the self-proclaimed “dropkick drongos from the Sunshine Coast of Australia” would have come up with.

And yet it’s the perfect name for an album that does not f*ck around. An album that sounds like Aussie greats the Cosmic Psychos downing beers with The Saints before doing shots with the Buzzcocks and then spewing it all up behind the kebab van. An album that’s over in 28 blistering, funny, sweaty, unforgettable minutes, with half of its 14 songs failing to reach the two-minute mark. Some might call the Queensland trio lazy. Singer-bassist Eamon Sandwith sees it differently.

“I don’t want to make the songs boring, so I just keep them short and sweet,” shrugs the man whose mullet became an international talking point following the success of 2017 viral hit “Smoko”. “We try not to think about it or complicate it too much. You don’t want to force it or the song’s going to turn out crap.” 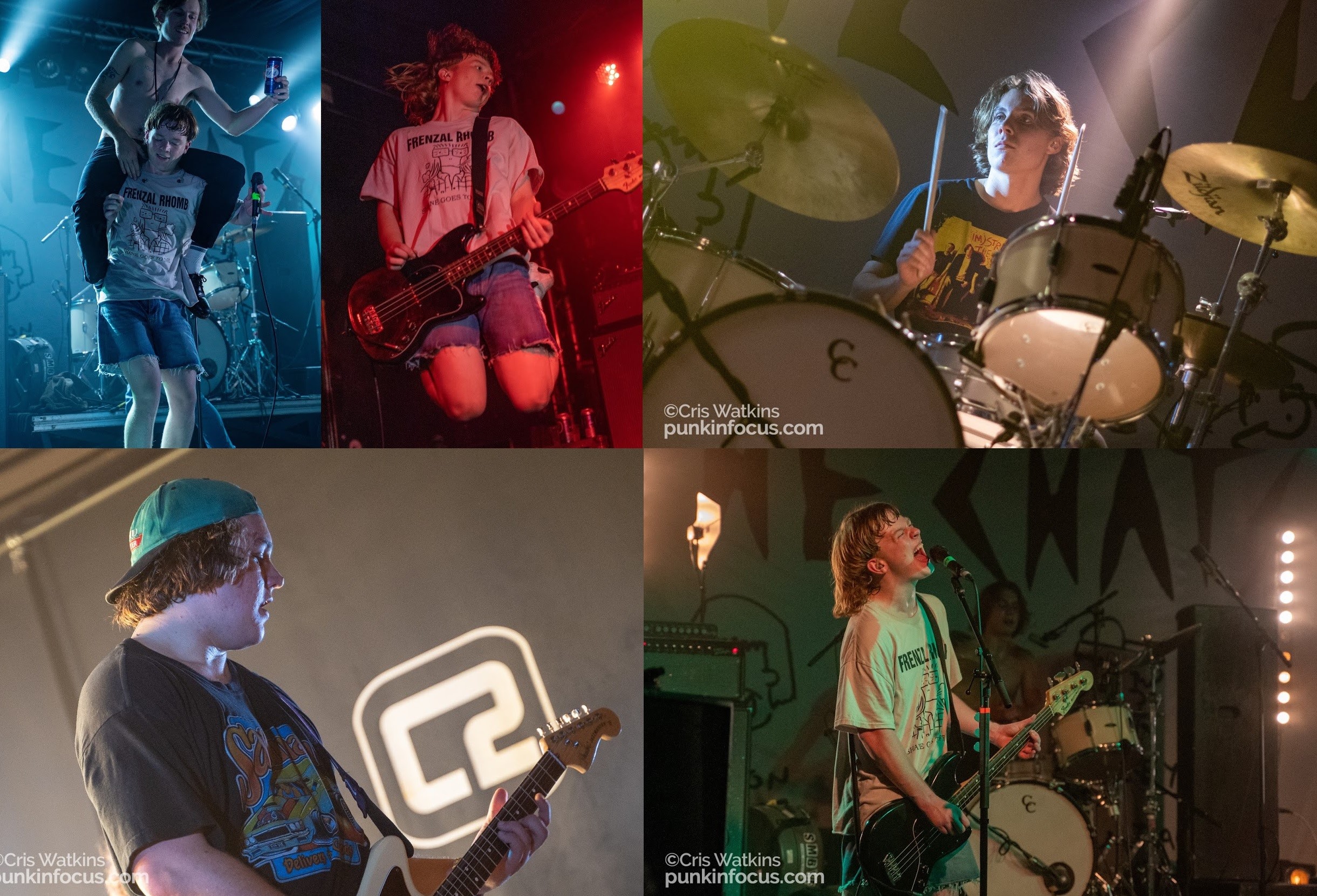 The Chats live in Brighton 2019 (pics by Cris Watkins Photography/PunkInFocus) (click on pics to enlarge!)

Since forming in their mate’s bong shed in 2016 while still at high school, that attitude has taken The Chats – completed by guitarist Josh Price, who once wrote a song called ‘How Many Do You Do?’ in which he boasted of doing 52 “dingers” in a night – from the sleepy coastal village of Coolum (located roughly two hours north of Brisbane) to venues around the world. Their fanbase includes Dave Grohl, who loved the video for ‘Smoko’ so much he showed it to Josh Homme, who then asked the trio to support Queens of the Stone Age on their 2018 Australian tour. Iggy Pop is also a card-carrying member of The Chats’ fan club, requesting that they support him in Australia in early 2019 and peppering them with questions like, “What’s a smoko?” and “What’s a dart?”

The rest of 2019 was spent taking the world by storm armed with nothing more than guitars, drums, shorts, shirts and thongs (or, if it was a formal occasion, sandals and socks). Shows across Australia and the UK were sold out (including Brighton Concorde 2’s gig), and they performed their first gigs in America (the LA show was attended by Homme, Grohl and Arctic Monkeys’ frontman Alex Turner). The band capped off the year with a return visit to Britain, selling out venues such as London’s 2,300-capacity 02 Forum.

Suffice it to say, life has changed a fair bit for The Chats over the past two years.

“Well, I don’t have to work at the supermarket anymore,” says Sandwith.

That he does not. In fact, Sandwith and his mates have been too busy touring, writing songs and, when their gigs took them to Victoria, dropping into engineer Billy Gardner’s studio in the coastal city of Geelong for a day of recording. That they chose this piecemeal approach explains why the album took 18 months to finish – a luxury considering 2017 EP ‘Get This In Ya’ took four hours to record one hungover afternoon.

“If we’d just done a week and slogged it out we could have had an album before now but we just kept going in there and making newer and better songs so it’s hard to put a stop on it,” says Sandwith.

The sessions were fast. “Some of the songs were first-take and we were like, ‘That’s good, whatever’,” says Sandwith. “We’re really not perfectionists.”

Remarkably, they still found time to experiment with exotic instruments such as… a tambourine.

The end product is an album that buzzes like an out-of-control chainsaw, propelled by Sandwith’s spoken-spit-sung vocals, their three-chords-is-one-too-many approach, and an exacting combination of youth, vigour and drunkenness. But don’t mistake simple for stupid – if it was easy to make songs this short, this catchy and this downright brilliant, everyone would be doing it.

“I think they’re good songs,” says Sandwith. “And at the end of the day, if I like it then f*ck it, who cares if other people do?”

Despite being the subject of a record label bidding war, The Chats are releasing ‘High Risk Behaviour’ on their own label, Bargain Bin Records. It’s indicative of a band that have embraced DIY culture since day one, to the point where Sandwith used to spend his days at the post office sending out merch orders.

“We thought, if we just do it ourselves we don’t have to worry about getting swindled,” says Sandwith. “We’ve always done it our way.”

Their determination to do things “our way” extends to their music, which is why ‘High Risk Behaviour’ delivers everything you’ve come to love from The Chats – only more of it – and confirms their status as Queensland’s greatest ever export (apart from Bundy Rum). 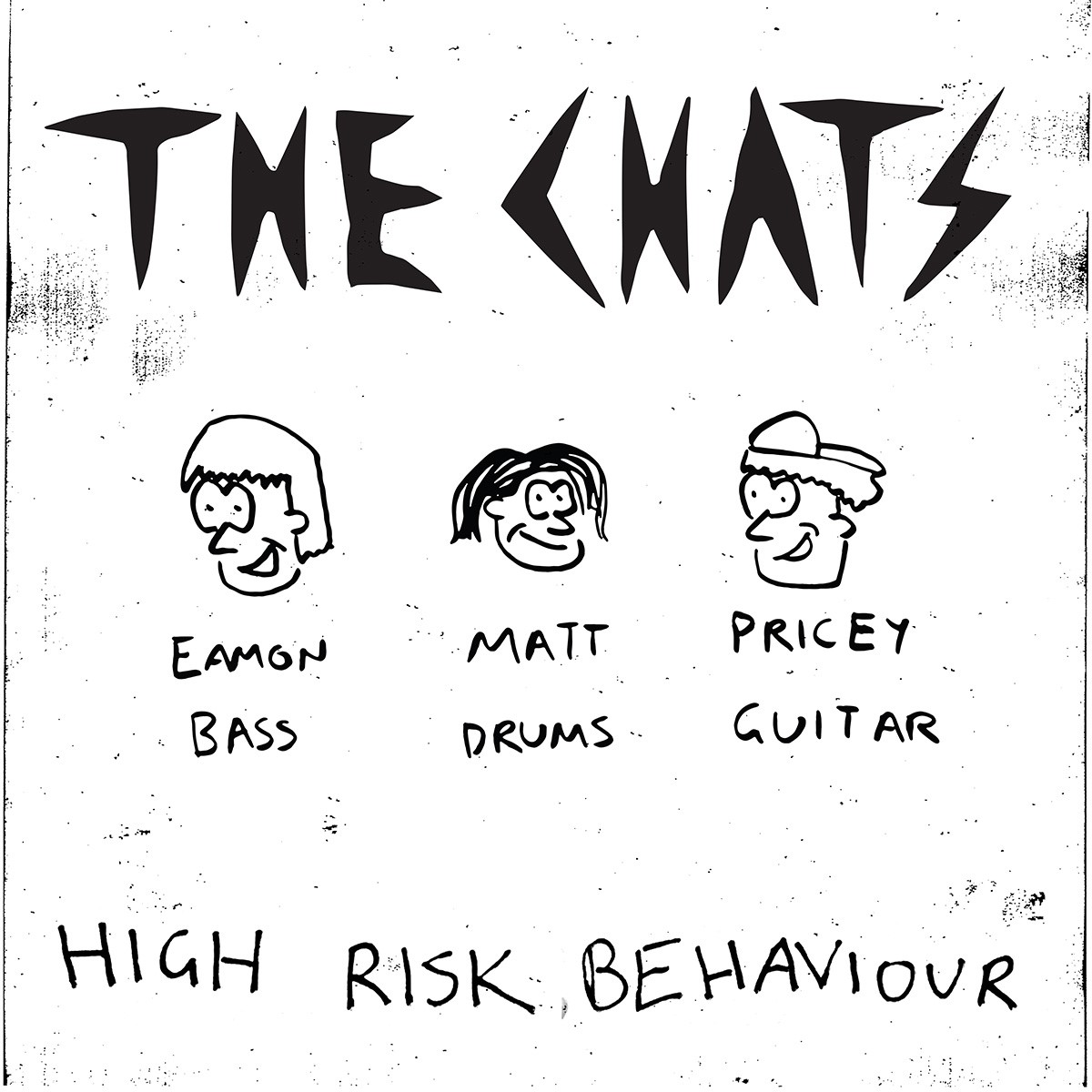 Forthcoming debut album from The Chats