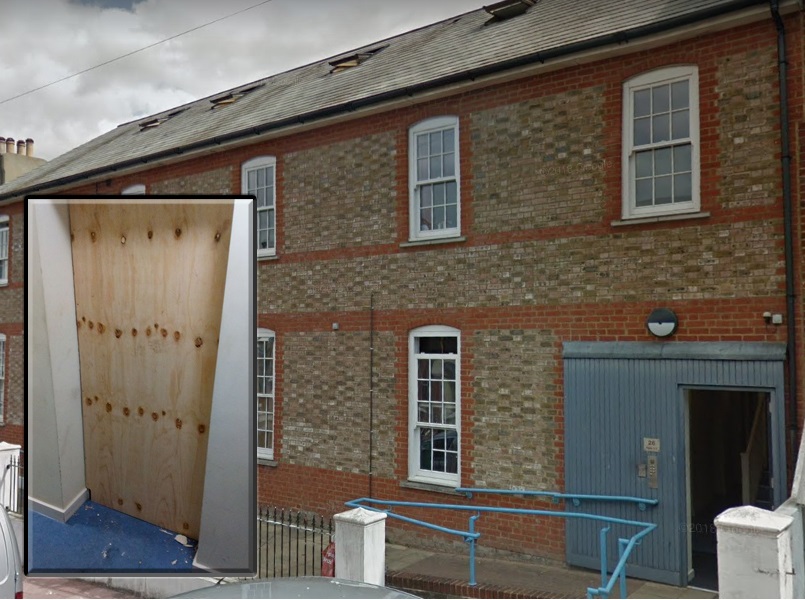 People living in a block of Brighton flats were evacuated after an attempted arson attack there on Saturday night.

Residents of the block in Brading Road were told to leave their homes at about 10.50pm after a strong smell of petrol was reported.

However, neighbours say theyare now scared that if nothing is done to address antisocial behaviour, next time the consequences could be even worse.

One resident, who wished not to be named, said: “Drug dealers came round and tried breaking into his flat, they couldn’t get in so they poured petrol over his front door.

“Luckily a tenant spooked them and they ran off.

“The tenants upstairs are families with kids. We all had to stand out in cold late at night, with upset kids.

“The police smashed his door in, but there’s no sign of him now.

“The housing association won’t get involved, he just gets away with it.

“Where do we draw the line? Because of his hectic lifestyle, will we all end up being burnt out of our homes before anything is done?”

The block is managed by the Guinness Partnership housing association, which also owns the Pankhurst Avenue flats which burnt down in September.

A spokeswoman for Sussex Police said: “Police were called to Brading Road, Brighton at 10.50pm on Saturday, January 18 due to concerns over a strong smell of petrol.

“Officers attended the scene with the Fire Brigade and found petrol in a communal area. The building was evacuated to ensure the premises was safe.

“Witnesses reported men acting suspiciously at the scene prior to emergency services arrival.

“No arrests have been made and no injuries were reported.

“Anyone who witnessed what happened or who has any further information is urged to report online or call 101, quoting serial 1319 of 18/01.”

A spokesperson from the Guinness Partnership said: “We became aware of the incident on Monday morning and the property has since been visited by our health and safety and tenancy enforcement officers.

“The block has been fully inspected to ensure it is safe and we will be changing the access code to the door entry system to enhance security.

“We take the safety of our customers very seriously and we will work closely with the police to address any concerns of anti-social behaviour when these are reported to us.”