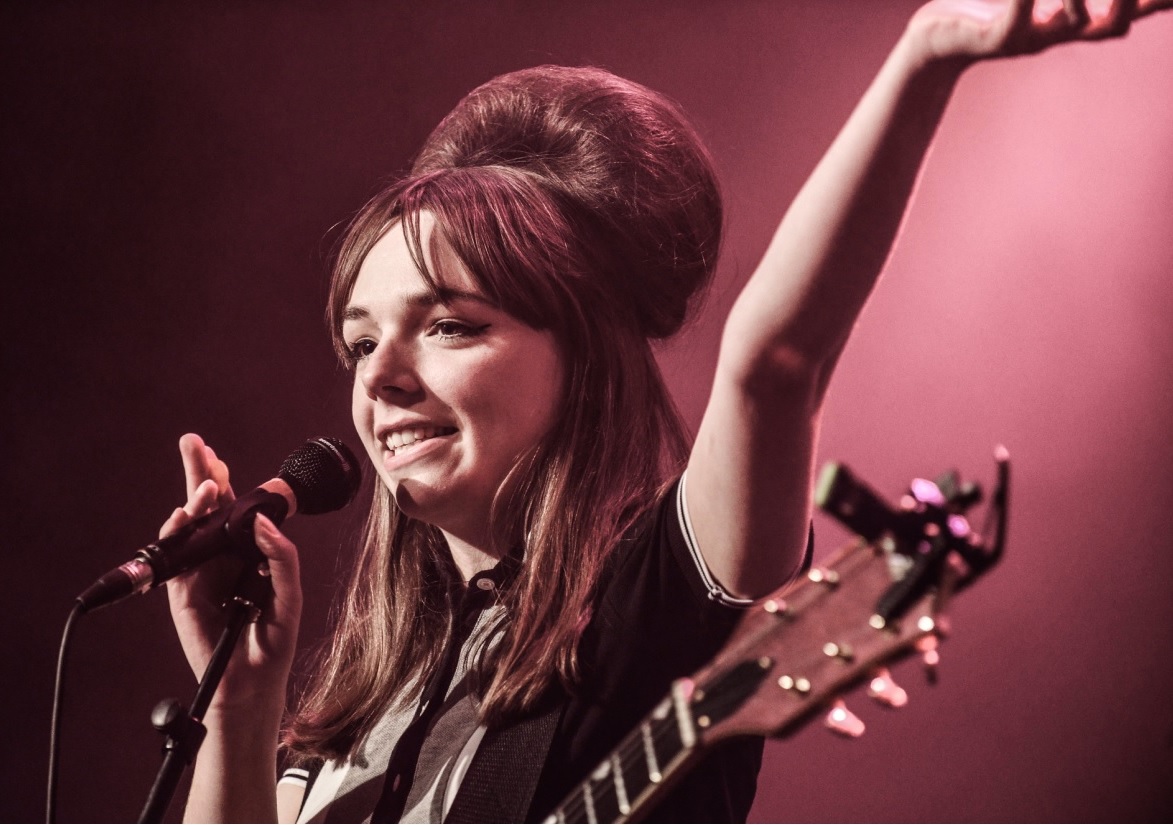 Emily Capell will be heading to Brighton (pic John Bownas/Festival Flyer) (click on pic to enlarge!)

Emily Capell is a singer/songwriter from North West London with a story or ten to share. Raised on a diet of Johnny Cash, The Clash, The Smiths, Mod culture and the top 40, Emily’s approach to songwriting is eclectic. Featuring a mixture of blues, indie, pop and punk. Her musical stylings draw from a pool deep and wide and is affectionately described as sounding like the adopted daughter of Jamie T and Billy Bragg, and a distant relative of The Clash and The Libertines. 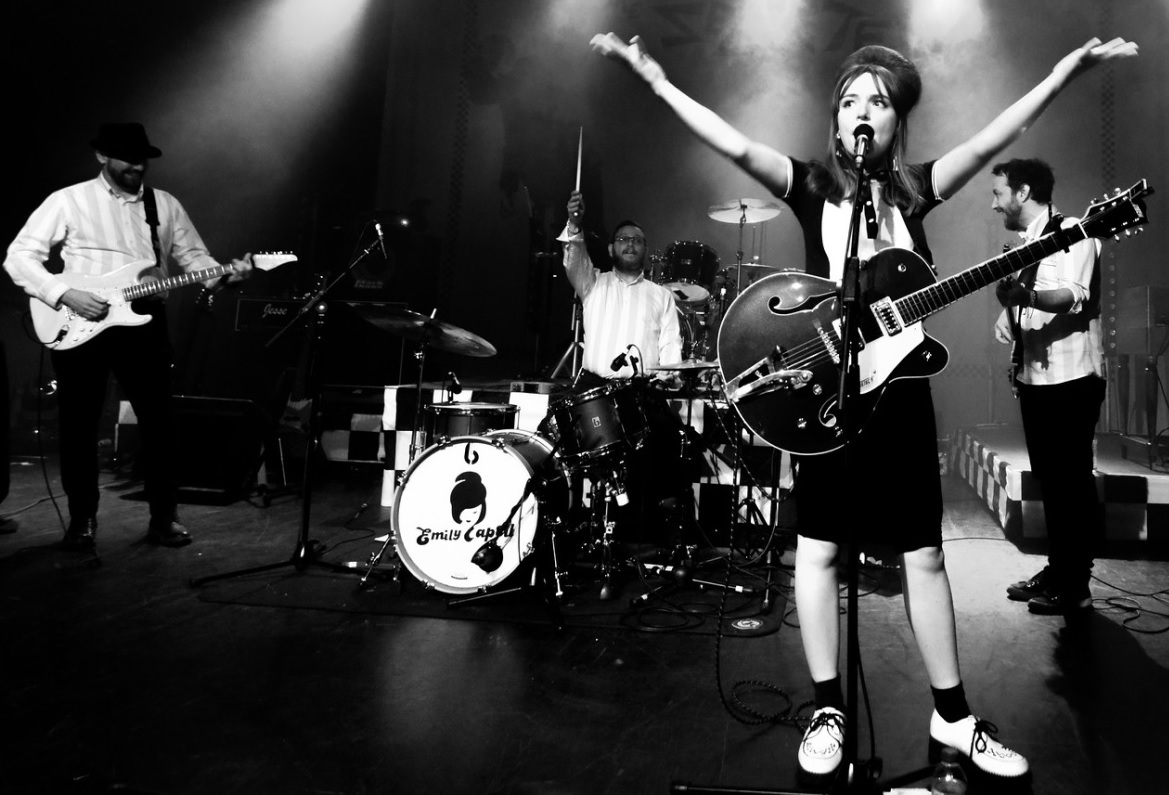 Emily Capell will be heading to Brighton (pic John Bownas/Festival Flyer) (click on pic to enlarge!)

She tells blues inflected indie pop tales of life’s frustrations and elations. Whether she’s railing against the wrongs of the world, getting a little frisky or inventing a new dance craze Emily will pull you in and spin you round so quickly you’ll wonder why you ever bothered with dull generic boys with guitars. Emily states “I wouldn’t do music if it wasn’t for Joe Strummer, Joe was one of a kind in his song writing, performing and way of life. He could do all genres: rock, reggae, rap, ska, country, punk, everything! He never sold out either. His last gig was a benefit gig for the fire fighters, he wasn’t interested in money he was interested in music and people. Joe was the last true rock star, the definition of a legend. RIP my hero Joe!”

Emily has had her tracks played on stations including BBC 6Music, Radio X and BBC London. She has performed live at a multitude of venues and festivals across the country. Emily’s new album ‘Combat Frock’ was released on 5th October 2019. It is an eclectic mix of Ska, Reggae, Punk, with a drop of a Johnny Cash vibe too. Grab yours HERE. Loving the Sherbet Lemon vinyl option! 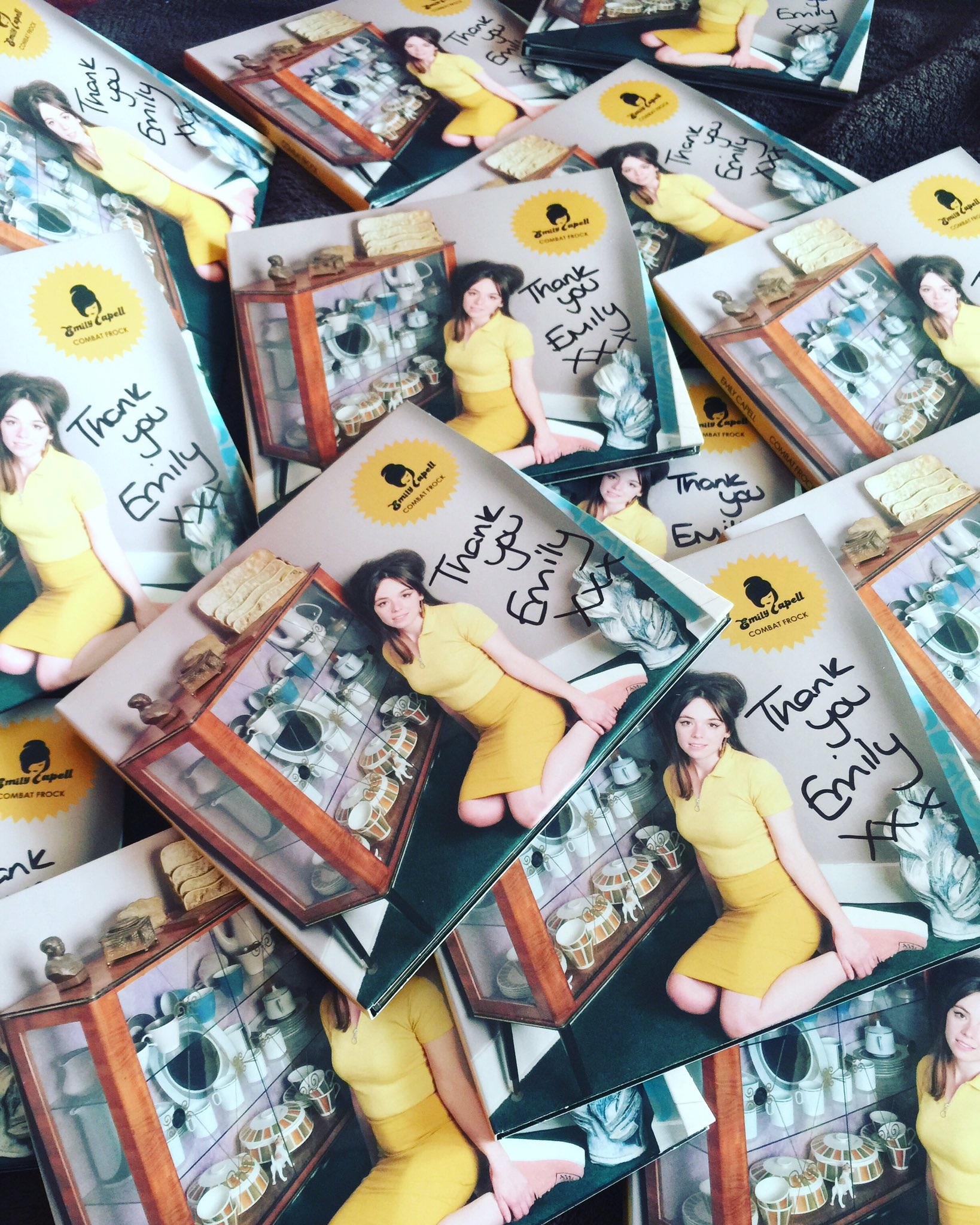 Last November, the Brighton & Hove News Music Team ventured across to Bexhill-on-Sea to catch Emily when she supported The Selecter – read our review HERE.

In February, Emily will be embarking on a 10-date UK tour, which includes an appearance at The Hope & Ruin in Brighton on Thursday 27th. Support will come from Katie Owen (DJ) – Purchase your tickets HERE or HERE.

For further information on Emily Capell, visit the official website www.emilycapell.co.uk and check out her YouTube Channel HERE. 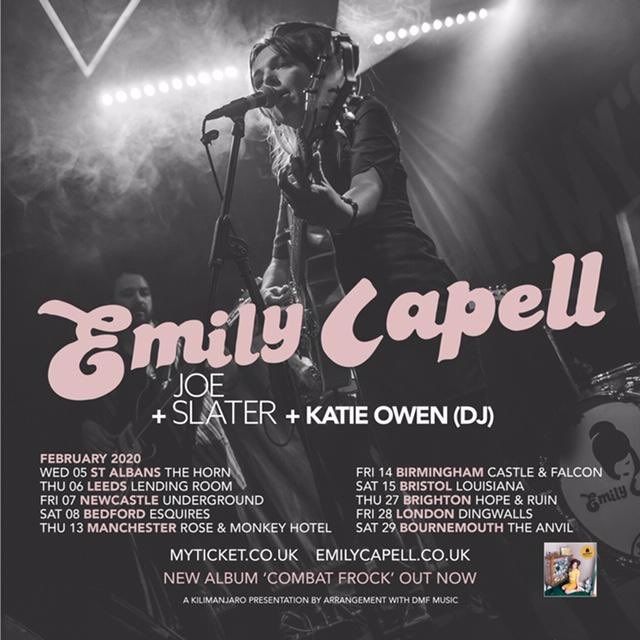