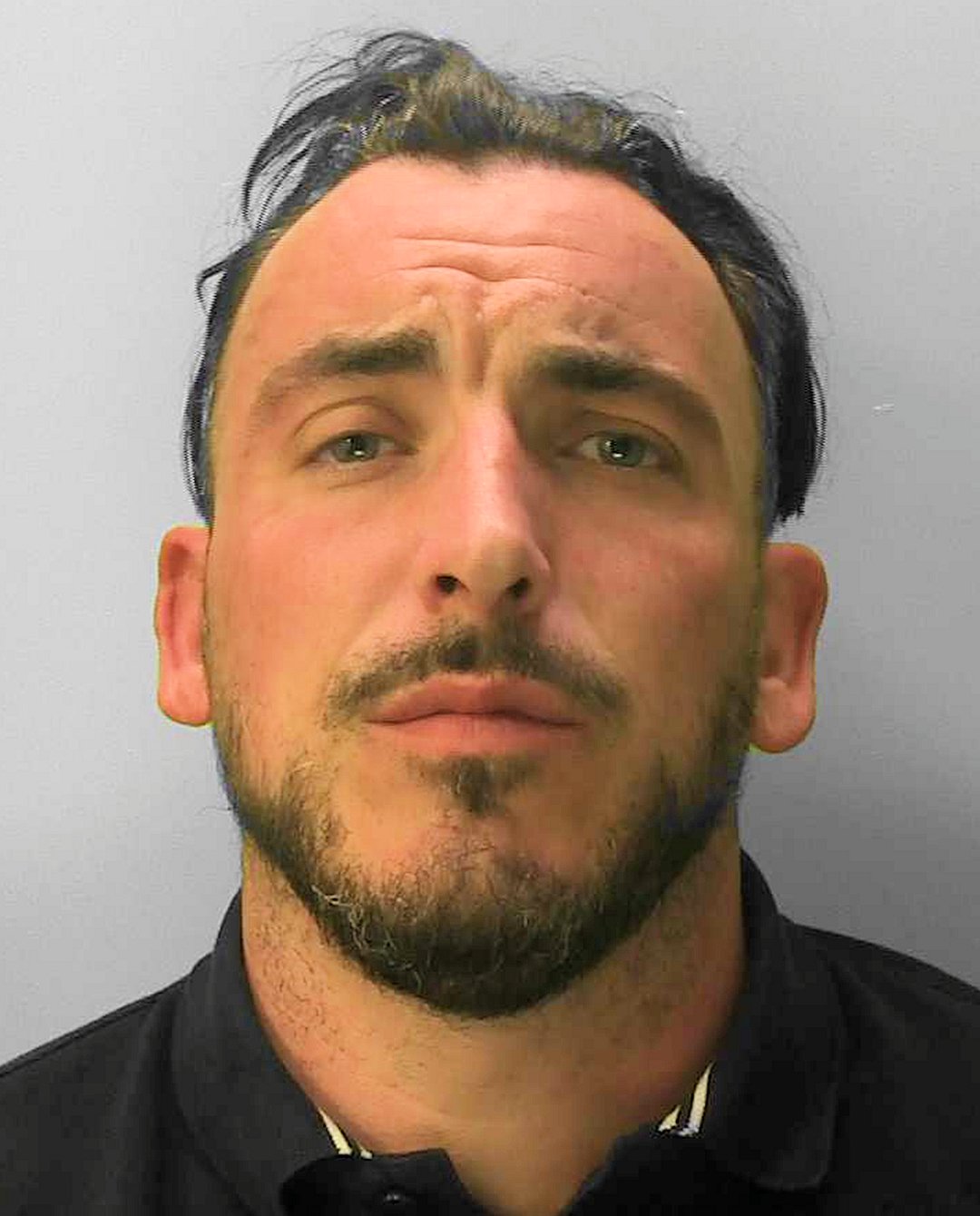 One of the victims of an abusive thug shook in the witness box today as she told how he had destroyed her life.

Andrew Anderson was sentenced to four years in his absence at Lewes Crown Court this afternoon after going on the run before his trial had even started.

Today, Nikita Levett broke down in tears as she described how he would threaten her with rape and murder – all with a smile on his face.

And a statement from another victim, Laura Fermor, revealed that he had even threatened that her four-year-old son would no longer have parents – just because she said he couldn’t meet the little boy.

The court heard that Anderson had intimidated and harassed both women over a series of months last year – even after non-molestation orders were in place.

Addressing her victim impact statement directly to Anderson, Miss Levett, who lives in Brighton, said: “When I think back to the first time I met you, I had no idea that such evil was part of you, how in years to come you would have me so broken and wanting to die.

“It sounds extreme saying it out loud but it’s the truth.

“I constantly changed for you because it was a problem. But the problem wasn’t me because I would do all these things and there was always something more and the problem still remained.

“I was anxious around you and the next thing I had apparently done wrong.

“You changed me and not in a good way. I wasn’t strong any more. I didn’t fight any more. I just let you break me down and make me into what you wanted

“Nothing made sense to me – why you wished rape and my death upon me all of the time with a smile on your face.

“I wanted to die because I thought my family would be safer and you wouldn’t hurt them.

“I want to forget you but I think that will never happen.

“I didn’t deserve any of this. You are nobody to me.”

The court heard that the harassment started in January last year and over a series of months he would threaten her, her father and brother, constantly criticise her and spit in her face.

After she contacted police in the spring, Anderson would bombard her with calls making threats of violence.

During one call, he roared down the phone at her while in the background he could be heard smashing things up.

Laura Fermor, from St Leonards, told the court that she met Anderson in June last year through a dating app and the harassment and intimidation had started when she said she didn’t want him to meet her young son.

In a statement read out in court, she said: “From that day on, I lived in fear, constant anxiety, paranoia, depression and self loathing.

“I would question whether I actually deserved to be threatened and terrorised in this way.

“Worst of all, as any parent would know, were threats that my four-year-old son would no longer have a mother or father.

“This is possibly the most horrendous thing to experience and it breaks my heart to think that my son is so vulnerable to this man’s violence and unhinged behaviour.”

The court heard that on one occasion, he threatened to pay someone to beat her up and record it so that he could watch it.

He also keyed her car all around it, causing £2,500 worth of damage. When she confronted him, he laughed at her.

He later threatened to kill her father unless she agreed to go out with him again.

A further two similar charges which were brought when he went on the run have been left to lie on the file.

Sentencing, Judge Mark van der Zwart said that Anderson had a string of convictions for assault and harassment of women over the past decade.

He said: “There’s no immediate prospect of his whereabouts being found.

“I could adjourn this case but I would have no idea how long to adjourn it for and further delay would cause more distress to his victims.

“Crimes such as these by controlling and possessive men cause damage to the personalities of their victims and cause changes to confidence which can take years to recover from, if recovery is possible.

“Women need to know they will have the backing of the courts if, as these two brave young women did, they have the bravery and strength to speak up.

“Men like Mr Anderson need to know that their behaviour won’t be tolerated and will be dealt with seriously.”

Judge van der Zwart also issued a restraining order preventing him from contacting Miss Levett and Miss Fermor and another woman who gave evidence at trial that he had harassed her.