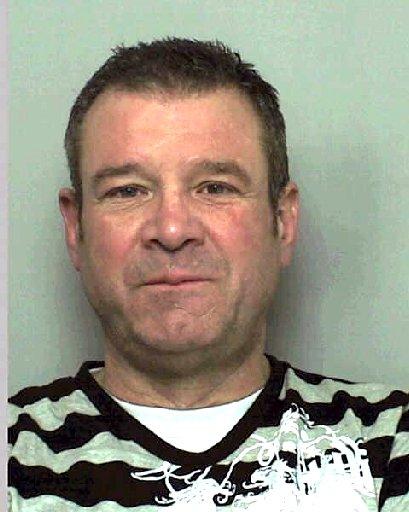 A Brighton thug who was the first person in the UK to be given a “booze Asbo” has been jailed for more than three years for repeatedly punching a strip club toilet attendant.

Robert Sansford, now 66, was banned from every pub in the UK for six years after a vicious attack on two women in the Setting Sun pub in 2010.

Today at Hove Crown Court, he was jailed for the attack at Grace’s Gentlemen’s Club in North Street, Brighton on 23 September 2017 which left Marcel Aghara with serious head injuries.

The court heard Sansford attacked Mr Aghara after the attendant asked him to stop urinating on the floor.

Judge Paul Tain said: “You were drunk and perceiving a provocation you have reacted to it in a wasy which was thoroughly out of proportion.

“This was made worse by the fact that at some point you have been a trained boxer.”

However he praised Sansford for having taken the “unusual and commendable” step of arranging a banker’s draft for £1,700 made out to Mr Aghara in compensation for his injuries, medication costs and loss of earnings.

This, coupled with his guilty plea, reduced his sentence from 60 months to 40 months.

Prosecuting, Rebecca Upton said: “Sansford went into the toilets where Mr Aghara worked and approached the urinals but began to urinate on the floor.

“Mr Aghara asked him to stop and Mr Sansford went to the urinal but continued to urinate on the floor.

“He turned to Mr Aghara and punched him hard to his left temple, knocking him backwards.

“He took up a boxing stance and punched him again, knocking him to the ground.

“Mr Aghara said he was shocked and scared, standing back up only to be punched again, knocking him back to the floor and punched again while on the floor.”

She said a customer in the cubicle came out to find Mr Aghara being attacked and he and two other men dragged Sansford off.

The club’s security was alerted to the attack by three women holding open the door as the three men held Sansford down.

One of them took Sansford away, and asked him why he had attacked Mr Aghara, to which, Sansford replied: “Because he was taking the piss out of me.

“If someone was taking the piss out of you, you would punch them, wouldn’t you?”

Mr Aghara was taken to hospital where medics found an extensive subarachnoid haemorrhage, and he was kept in hospital for five days and was on medication for some time afterwards.

She told the court Sansford has 26 previous convictions for 56 offences, including violent crimes committed over more than 40 years from 1974 to 2015.

Defending, Beverley Cherrill said Sansford had persisted over several weeks in arranging the compensation, adding: “He is remorseful and wants to restore Mr Aghara to the position he was in before the attack.”

Sansford, of Summersdeane, Southwick, pleaded guilty to the charge of GBH with intent in January last year.

The sentencing was postponed until today so that medical tests for his heart condition could be carried out.