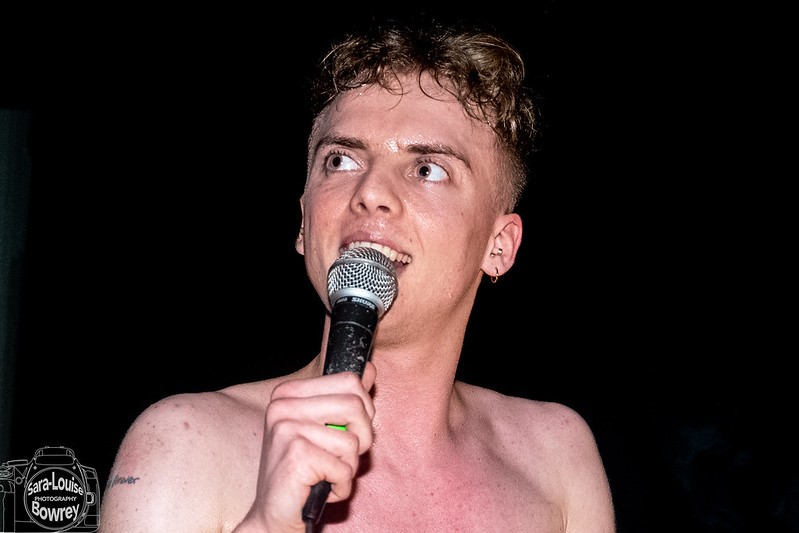 Tonight, raucous local punks Guru played live in Brighton at the Prince Albert plus support from Mice Ön Mars and Scowl. Love Thy Neighbour were promoting the gig and curated this lineup of fresh talent for us to enjoy on this very windy weekend.

Guru are emerging at the forefront of the city’s raucous punk scene. Evoking heady comparisons to indie figureheads Shame and Fat White Family, the punk quartet’s latest material is a thrilling insight into the world of Guru with potent lyricism, crunching riffage and bold, visceral approach demonstrating their electrifying potential and firmly justifying the hype. 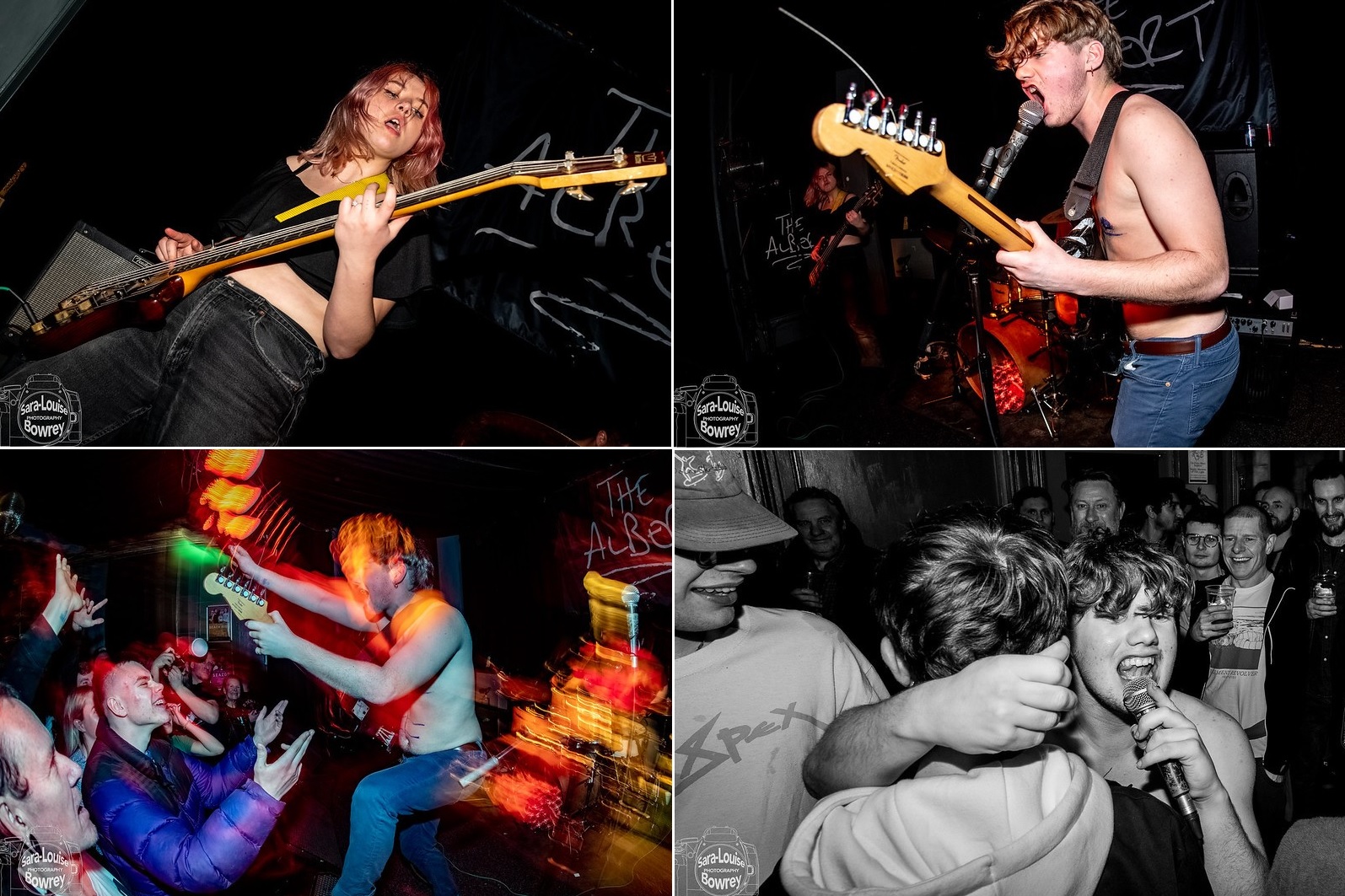 Scowl
First to the stage is Scowl at 8:20pm. A trio consisting of Jack Parker, Sadie Lewcock and Dom Vian, who are a psychedelic punk band from Kent. They are exploring new ways to create music with energy, attitude and anger. Gritty guitar riffs, hard-hitting drums, punchy bass lines and otherworldly noises create the sound of SCOWL.

The three of them come to the stage with their shoes off, but socks still on and jump straight into their set of provocative songs and gravelly shredding guitar licks. The frontman is shirtless and has a six-pack and pecks drawn onto his chest in blue sharpie. The vibe being given off from him and the band is guttural and abrasive. Their use of odd guitar rhythms and sharp wire rusted solos is fresh and exciting to hear as a small pit breaks out in front of the band.

They play a song titled ‘Nigel’ which is dedicated to their friend Nigel, (anyone else thinking of the XTC hit single? – Ed) who couldn’t make it that night. There is a large amount of fuzz and drive in the mix being pushed forward by the deep bass and fairly unintelligible frontman. He leaves the stage to enter into the crowd for some pushing and shoving while still barking off war cries through the heavy haze. The group drips in power and slime as they play their last song ‘DOG’, which has a sharp intro leading into sawing chords that rattle through the audience. Mid song they break a string and say “f*ck it” and try to keep playing, which is real props to them. They end to howling applause and leave the stage drenched in sweat ready for the next band to play 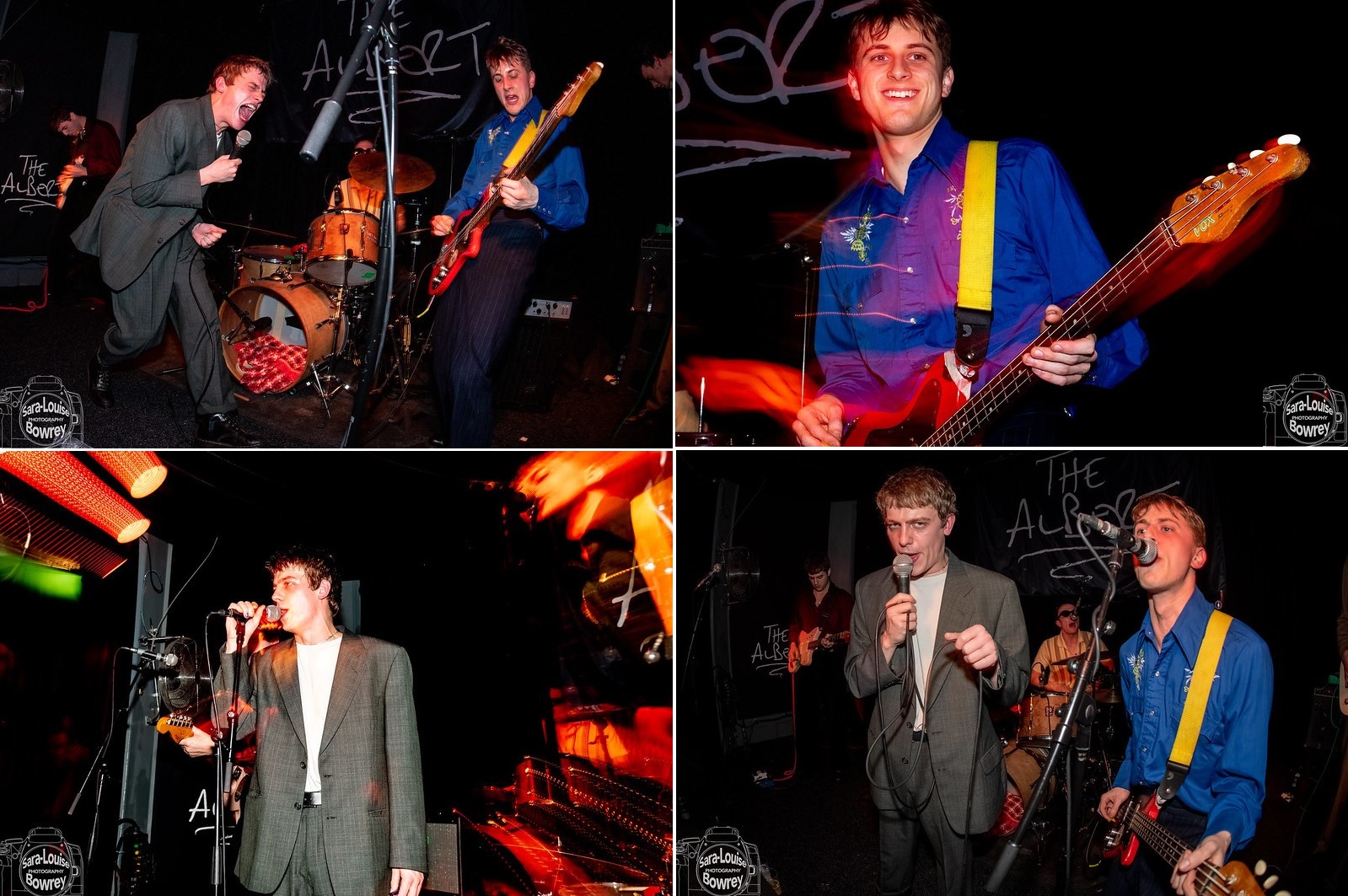 Mice Ön Mars
Next to the stage at 10 past 9 is the five-piece Mice Ön Mars. Born and bred in the North East of Yorkshire, Mice Ön Mars have built a reputation as one of the best young live bands of the moment. Having moved to London last year, they found a comfortable seat in some of the finest venues South London has to offer such as The Windmill in Brixton and are a vital part of the emerging punk scene in the UK. Making Post-Punk music with dark but humorous themes and topics of the now.

The boys come to the stage wearing shirts, blazers and trousers giving a fairly smart and retro look, the drummer even has sunglasses on, at night, inside a dark room. They launch into their set of quick and sharp tracks while moving across the stage in a hyperactive manner. They deliver rolling sandy grooves which are interlaced with political rambling and remarks being spat out at rapid pace. The sound is wirey at points with crunchy drums backing up the rear and delivering a marching beat. At this point, the upstairs room of The Prince Albert is heating up quite significantly.

The music is dense and provides a solid message of individuality and action. The frontman brings out a tambourine and bangs it against his head while singing about Brexit and the British people. There is a bit of movement from the crowd at this point as everyone is getting excited. At some point through the gig, one of the windows on the left side of the stage gets smashed in some way, but this does give some pleasant relief from the heat brewing with the room.

They end on ‘Fit For Work’, which is a real tune and would recommend giving a try if it’s available to stream. They leave the stage to whoops and applause while some workers at the venue attempt to patch up the broken window with duct tape and cardboard ready for the next band.

Mice Ön Mars setlist:
‘Hero’
‘Year Of The Mouse’
‘Lead A Horse To Water’
‘Icke’
‘Gandhi Might Be Wrong’
‘Hard Done By’
‘The Good Old Days’
‘Fit For Work’ 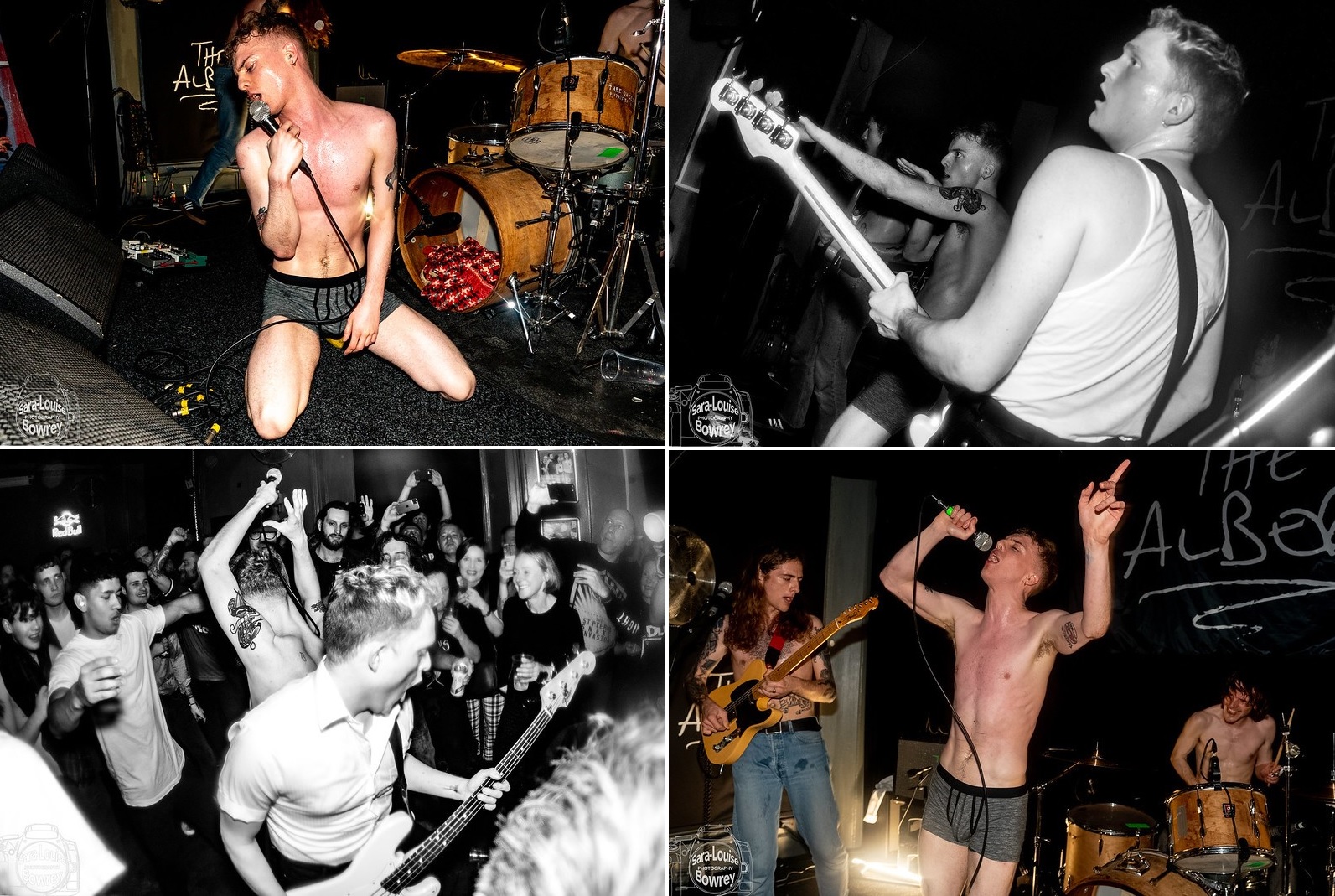 At 10pm it’s time for the main event being Guru. They are a Brighton based four-piece consisting of Tommy (vocals), Kieran (guitar), Ferg (bass) and Olly (drums). They come bearing the confidence of a band gagging to push things further. Channelling a fizzing strain of eyeball-popping, provocative psych-flecked punk. They produce some brutalist indie rock, worth comparing to those initial Shame cuts or even elements of the Fat White Family. Picking apart modern relationships in an era of hyper-capitalism, it is reminiscent of everyone from Wire to Sports Team, that kind of barbed, deeply British take on art-punk. Having been chosen to support Tunbridge Well stars Slaves on upcoming tours this clearly shows that they have earnt their metal and are on this their first sold-out headline show, which is set to deliver a huge performance of showmanship and combustion.

They come to the stage loud and aggressive from the start. Showing their established fan base the right night tunes and movements from the get-go. Within their first song, ‘Consumer Helpline’, the upstairs room of the venue devolves into a hot sweaty mosh with pints of beer cascading over the energetic masses, including onto our photographer and her camera!

The room is packed to bursting, as they deliver heavy squealing guitars and lashes of vocal superiority into the crowd. Tommy has a great voice for commanding and dominating the space tearing itself apart at this point. Its highly stylised music snarling the new British sound of the times. The frontman proceeds to leave the stage and enter the audience to fall to the floor and spasm as guitar shreds overhead. He also strips down to his pants and throws beer over the sweatbox which the venue has transformed into.

The frontman of Scowl is having the time of his life getting onto the shoulders of someone in the audience and being thrown about over the cataclysmic sounds. These guys are working-class heroes shouting off lines to the audience such as “Long live socialism” and “Anyone wants a pint after this?”. They offer a Cherry B to the audience and also all crack one each to cool off between songs.

The floor of the venue can be felt moving up and down with the waves of movement underfoot. The set never loses energy at any point and is triumphant to the end, which does finish in the whole band launching themselves onto the gang of loyal fans beneath to crowd surf. It was a really high energy enjoyable performance of antics and tunes which leaves the crowd satisfied, sweaty and bruised. 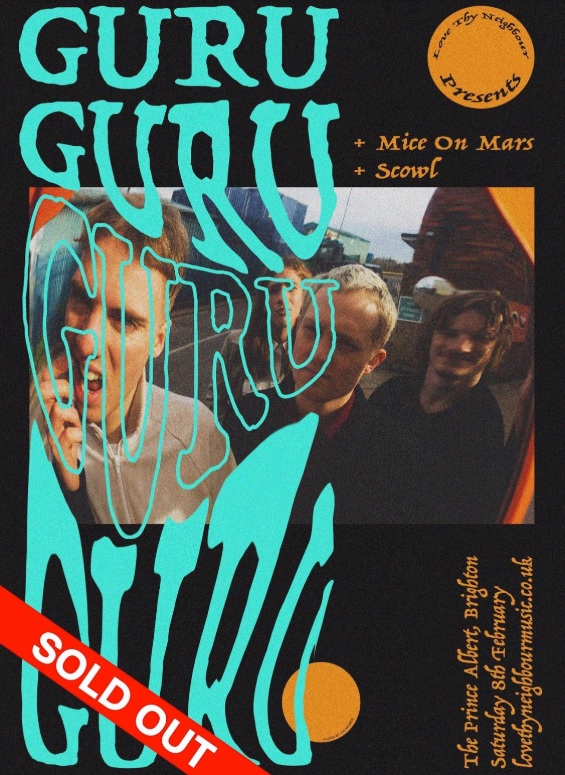