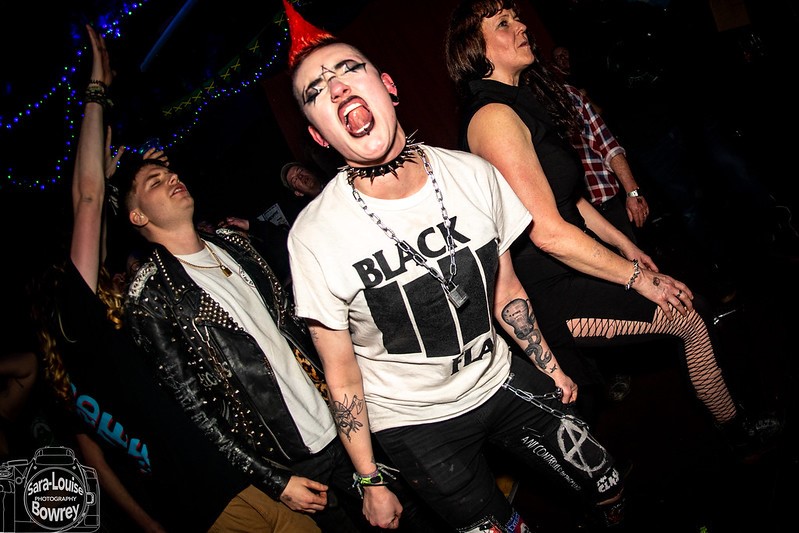 This time around, punk stalwarts the Subhumans were not performing live in Brighton, but along the coast in Hastings, so we decided to have a little Friday night jaunt along the coast to see them. We arrived at Crowleys Bar after braving the wind and driving rain, just before 8pm and met up with a few familiar faces from previous gigs in East Sussex. 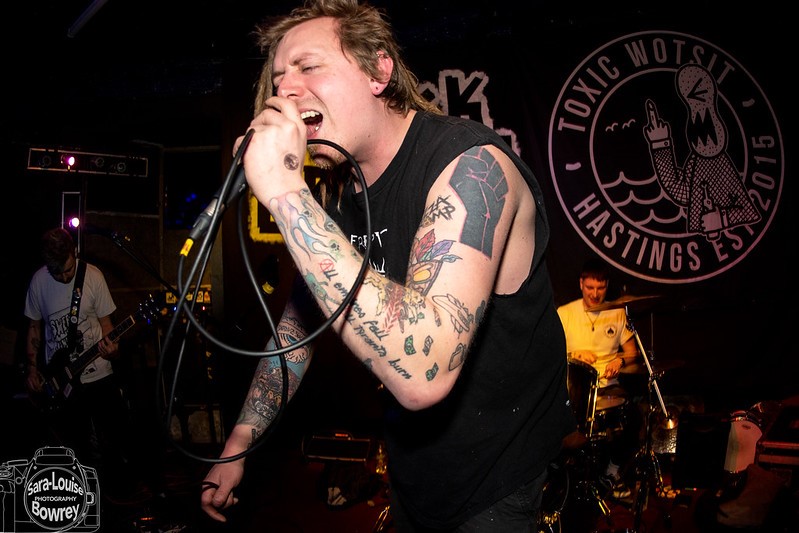 First up tonight was the Butane Regulators. This was the second time I have seen this band in the past month, as I saw them Support ‘Control’ in February. The Butane Regulators are a Hastings based band. They formed in late 2016 and describe themselves as “playing an awful slightly politically driven, anti-war racket that is sometimes considered as punk”. They played 40 gigs as the original line-up from 2016-2018 and recorded a couple of demos and an EP called ‘Songs About Happy Stuff’, with Doug Bruce on vocals, Nathan Boyden on guitar, and Henry Midgley on drums. The band later re-formed in early 2019 with Isaac Wright as the new drummer and Ewan Fitzgerald on bass.

They took the stage and they sounded great and It was just brilliant fun! I do have the setlist the band gave me, but again there is a health warning on the contents. It was the first time seeing the band for my colleague and he loved the sound. They just played their set and I think made stuff up on the hoof. The lead vocals from Doug Bruce were great and I felt had different influences from so many bands, Maybe Subhumans but maybe not. I loved his vocals and his fun. Great performer and front man. Nathan really impressed me again with his guitar work and Ewan providing the bass was also great. Anyway, the crowd at Crowleys absolutely loved it with a big mosh pit up at the front, that was very aggressive tonight. 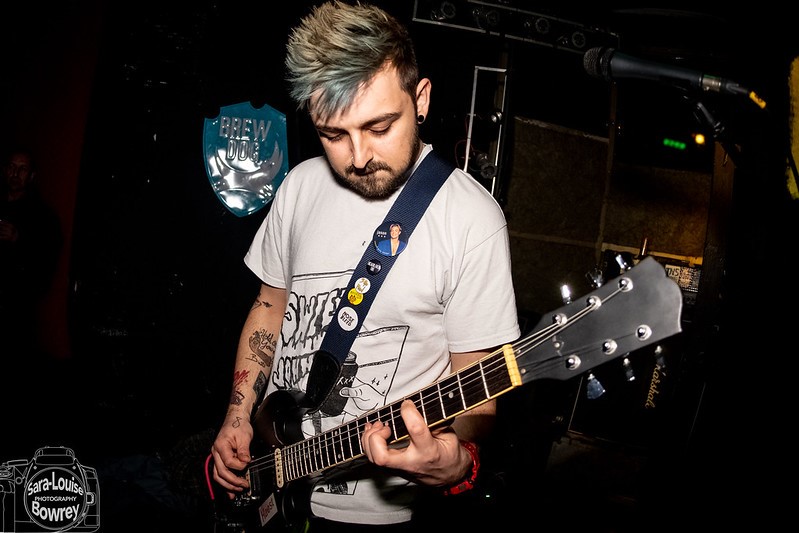 Butane Regulators setlist:
‘Hirrudinsa’,’Into Track 5’, ‘SK8 Punk’, ‘Eat S**t Die’, ‘Splash Fash’, ‘Blood Media’, 15 Years’, ‘8 Count’, ‘When You’re In The Kitchen Cooking Something On The Hob And You Ran Over To Check The Saucepan Isn’t Boiling Over And You Hit Your Head On The Side Of The Extractor Fan’, ‘I Shat Myself’, ’Quiche Lorraine’, ‘Content Irrelevant’. ‘Hang Them By Their Ties’, ‘Red Coat Murdered’, ‘Tub Lyfe’.

If you want to catch this band, they are bound to play Hastings real soon. They have an EP, which they have just released entitled ‘Bring Your Nan’. Listen HERE. 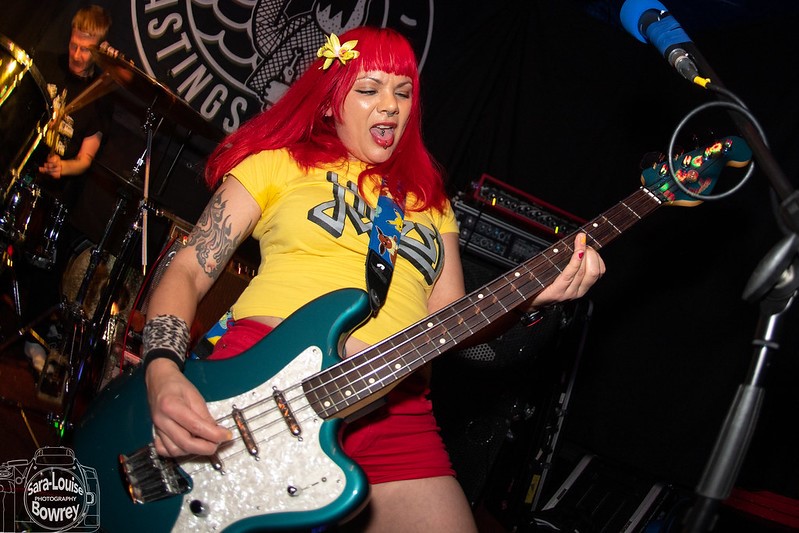 Next up tonight were the Werecats from South London. They explained that this was their fourth visit to Hastings. They describe themselves as “Four friends that formed a circle at midnight and threw their favourite things in the middle to see what would happen. The smoke cleared, and they sat down to build something new out of what was left. They wrapped melodies round spiky lumps of noise, then weaved round them tales of joy and confusion, laughter and fear, people gone bad and the dead come good. They stacked them in their dear van and brought them blinking in to the sunlight. And so here we are, we offer you our songs played with gusto, and not a little cider. We’ve been in The Pukes, the Zatopeks, The Blankheads and Soon The Darkness”. The band are fronted by Cil and Pippa who also play guitar. I was unable to find much information on other band members. They have an album ‘Destined For The Outside’ (2018), which a number of the songs from tonight’s set appear on. 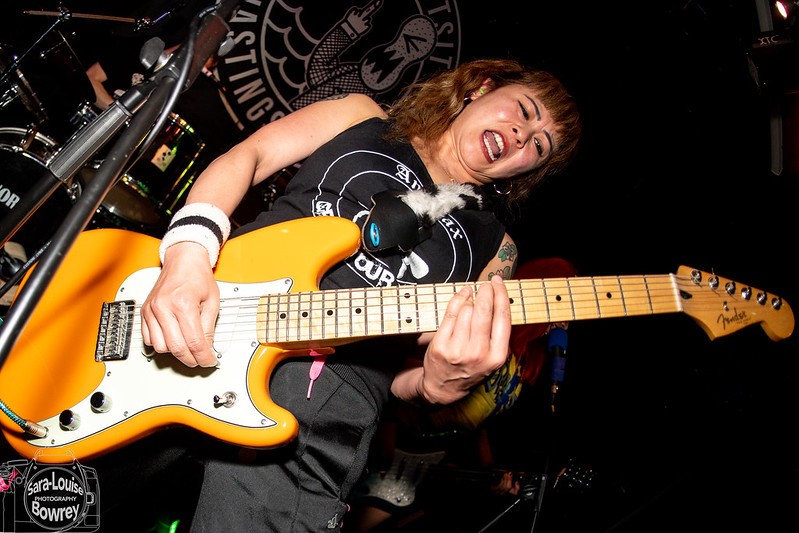 The first song in the set was ‘Astbury’, It was great to have two lead guitars and bass. The band have a punk/pop sound to them and Cil has a great stage presence too. Next up was ‘Princess’, which I thought was probably the song of the set for me. Pippa’s vocals seemed a little low and these got turned up, which made a big difference. The set continued and the crowd enjoyed the set. Highlights for me ‘Princess’, ’My Boyfriend’s A Werewolf’ and ‘Strawberries’. 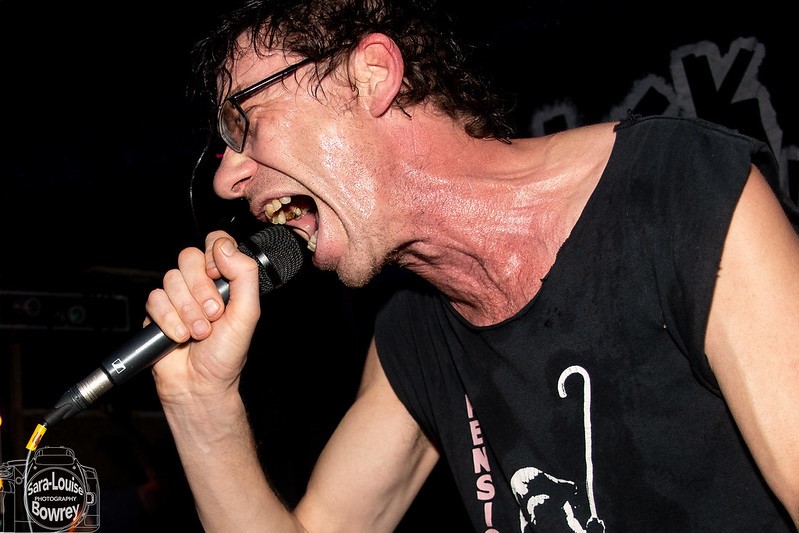 Next up Subhumans who are Dick Lucas (vocals), Bruce Treasure (guitar/backing vocals), Phil Bryant (bass), Trotsky (drums). They originally formed in 1980 in Warminster, Wiltshire. I did see them at Lewes Con Club in June last year and at Undercover in Margate in 2017, so I knew this was going to be great. My brother was a massive Subhumans fan back in the day and I grew to like the Anarcho-punk sound as a result. The Subhumans debut EP ‘Demolition War’, was released in December 1981 after a demo they sent to ‘A Flux Of Pink Indians’ caught their attention. They went on to release two more EPs in 1982, ‘Reasons For Existence’ and ‘Religious Wars’, The band’s first album ‘The Day The Country Died’ was released in 1983 and is considered to be a classic release of the anarcho-punk era. In all they have released 6 albums to date with the last release being ‘Crisis Point’ (2019). 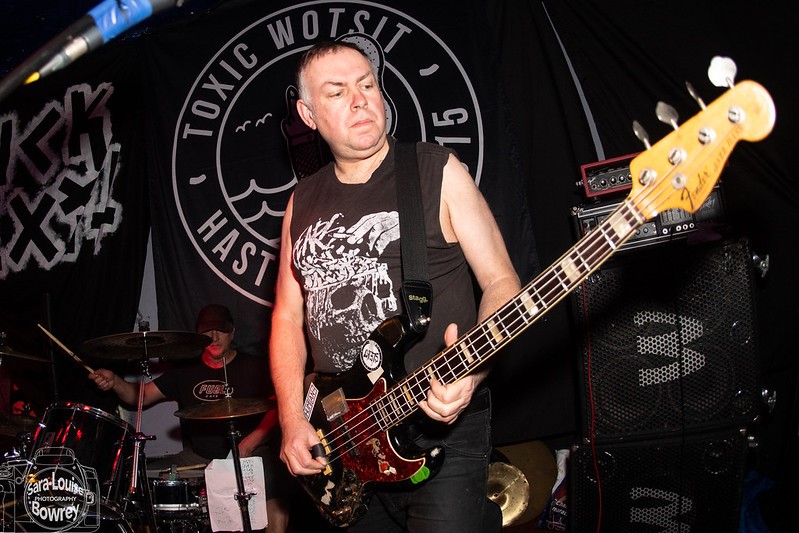 Tonight kicked off with ‘Apathy’ (‘Worlds Apart’ 1985) and by kicked off that’s what I meant. The crowd went crazy at the front as the mosh pit grew immediately with people flying everywhere. Dick Lucas is just amazing and so into this – what a front man. The band were sounding great and the venue was alive. Next ‘Joe Public’ (‘Time Flies…But Aeroplanes Crash+Rats’ 1990). The mosh continued to grow and now taking up half the venue. The set continued and the energy of Dick Lucas is still there after all these years. The passion and belief come across with every word. Song number 7 began with Dirk explaining the meaning of 99%. One of the crowd got up on the stage and said she was the 1%. A really funny dialogue took place and ended with a statement that “I am me and you are you” from the stage invader. Dirk then kicked it all of again for the crowd that were still laughing.

Next up ‘No’ (‘The Day The Country Died’ 1983). The set was going so fast it was difficult to keep up. This is one of my favourite Subhumans ditties, so I was lapping this one up. I was quite pleased to be at the back of the venue for this gig. It was turmoil up the front with the mosh pit probably the biggest and most active I’ve seen for a while. The set continued and the band had us all totally hooked and were on top form tonight. The crowd relished every single minute of this one and were rewarded with 4 frantically delivered songs at the end of the set. 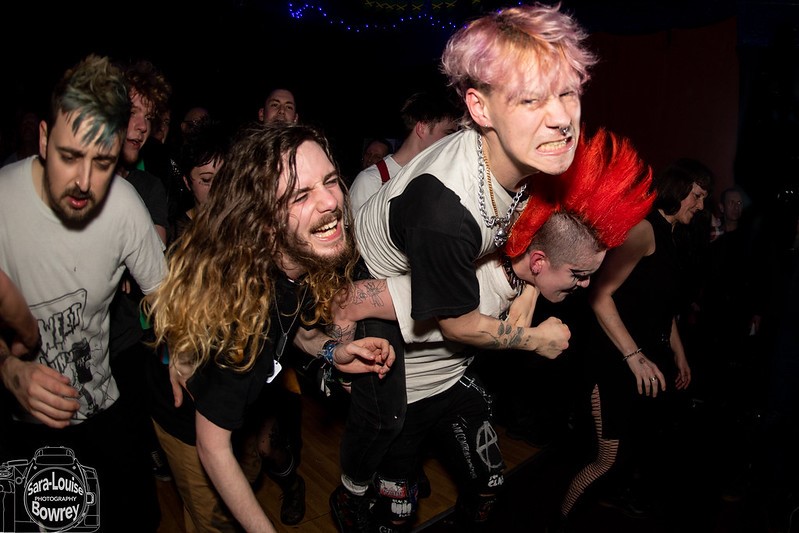 I love to see all of the young people out enjoying these bands from the 80’s. It all goes to show that the messages from Subhumans are still relevant now and are meaningful to all. The most recent album, ‘Crisis Point’ is a testament to that. Thank you Dirk for a truly brilliant evening that left us oldies with a great feeling of nostalgia, and the younger members with great messages and great music. 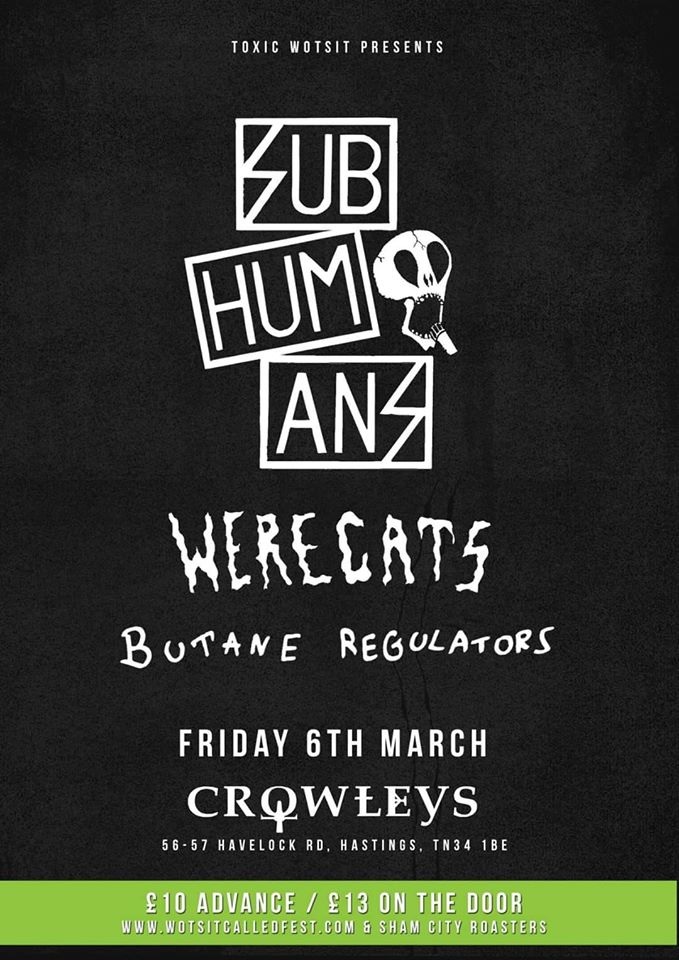