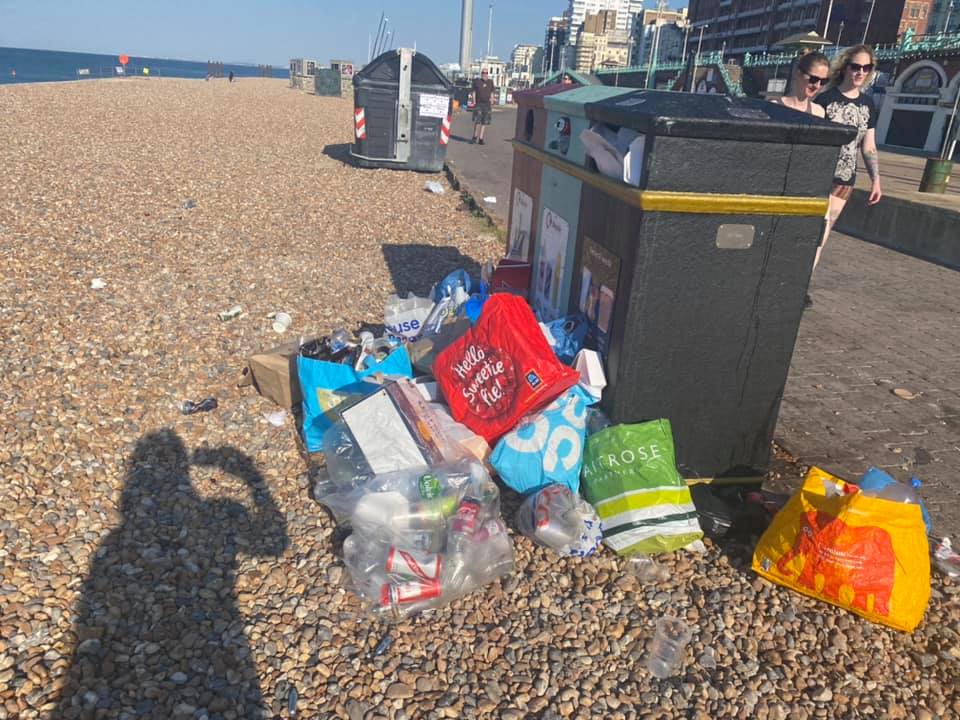 Brighton and Hove’s litter cops have started patrolling the beach and other areas of the city after lockdown easing has seen the amount of dumped rubbish mounting up.

On the spot fines of £150 can be handed out to anyone caught dropping litter – including chewing gum, food wrappers and used bbqs – or not clearing it up or disposing of it properly.

People caught spitting, urinating or defecating in public will also be hit with a £150 fine. Dog owners who don’t pick up their pooch’s mess will be fined £80 on the spot.

Anyone caught fly-tipping – leaving any waste or household items on land or the street without permission, even in the hope someone will take them away for free – will receive a straight £400 fine.

Cllr Anne Pissaridou, chair of the council’s Environment, Transport and Sustainability committee, said: “We put issuing fines, apart from fly-tipping offences, on hold at the start of lockdown when there were very few people out and about.

“But with restrictions being lifted and more and more people using the seafront and walking around the city, littering is again becoming a problem, so we’ve had to restart issuing fines as a deterrent.”

Another reason fines were put on hold was to ensure officers and the public could maintain social distancing.

However officers will now caution litter louts, take their name and address and send the fine to their home.

Although the litter fine is £150, early payment will reduce the cost to £110. However, non-payment will mean the person being taken to court and may having to pay a bigger fine as well as court costs.

Cllr Pissaridou added: “We take no pleasure in issuing fines, but we cannot and will not stand back and let people litter our city, and thereby harm our seas and our environment.

“There are thousands of bins throughout the city so there is no reason or excuse for littering.

“In the unlikely event all the nearby bins are full, people should take their rubbish home with them.”