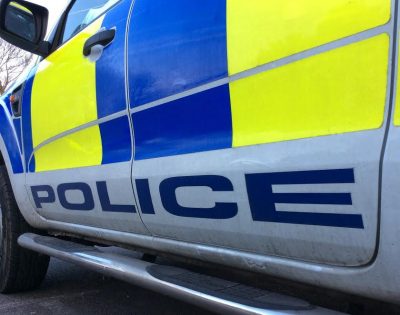 Black people were almost ten times as likely than others to be stopped and searched by Sussex Police over the past year.

The figures were shared with Police and Crime Commissioner Katy Bourne and have been described as “heartbreaking” and “appalling” by one black leader.

Marilyn Le Feuvre, who sits on the Sussex Police Stop and Search Scrutiny Panel, said the numbers were actually higher than she had thought and she would be meeting with the police next month to discuss them.

She added: “I really think this is appalling. I have grandsons who are being stopped and searched and it really breaks my heart.”

Ms Le Feuvre said one of her grandsons had been stopped while with a group of white friends and had not been given the required receipt by the officer explaining the reason for the search.

She added: “I just hope that we can work together and try to make the police more aware that it doesn’t help when they’re stopping 17, 18, 19-year-old boys.

“How will that improve relations?

“We are supposed to go to the police for protection and we are scared to. I think we need to meet up more – they need to know the communities.

“Sometimes I think it’s ignorance. If we engaged more and better, I think things would improve. That’s on both sides, especially the young boys.”

Speaking to Mrs Bourne at a performance and accountability meeting, temporary deputy chief constable Julia Chapman laid out the procedures the police had in place to monitor stop and search – including the scrutiny panel and a legitimacy and ethics board as well as early interaction at a supervisory level.

She said: “We really do understand the significance around dis-proportionality in the use of stop and search and about having and building trust in our communities around that angle, which is why we do have that independent scrutiny panel.

“We do actively serve to seek to engage with people in the community on a regular basis around our approach to stop and search.

“Dis-proportionality is something that’s an issue for policing both locally but nationally as well.

“It’s something we’re all struggling to deal with.”

As well as the disproportionate number of searches on black people, the figures also showed that BAME people were 2.4 times more likely to be stopped.

Broken down into per 1,000 of population, Sussex Police data showed that 12.354 black/black British people per 1,000 were stopped compared to 0.966 white and 1.272 Asian/Asian British people

Ms Chapman said: “We are really determined that every interaction that we have with a member of the public is conducted fairly, it is lawful and it is legitimate in the way that it’s conducted.

“We are reviewing all of our processes.

“I think now more than ever is the best opportunity that we review all of our processes around stop and search.

“Where we can’t explain the dis-proportionality effectively, then we need to review our processes and see if we need to change them. Because it is key to us to keep that trust within the community.

“We will look for guidance from others to help us with that as well.”

Ms Le Feuvre, 61, is the chairman and founder of Diverse Crawley.

She described the Black Lives Matter protests as “a Rosa Parks moment”, adding: “If everybody makes a little effort, we will turn this around.”

Temporary chief constable Jo Shiner said: “We are in no way complacent.

“I’ve heard the phrase this is a reachable, teachable moment in policing and in other areas. I think that’s absolutely spot on.

“We will be really looking hard at how we can do some stuff very differently and how we can really make some differences, to understand, seek that feedback and to really learn properly about how we are able to be more inclusive, more proportionate in everything that we do.

“This is a step change for policing nationally, regionally, locally, internationally.

“That’s not lost on us and we are already looking at what those very quick actions will be.”