Sussex Police issued a public appeal for help to find a missing Brighton man who hasn’t been seen since Thursday (27 August). 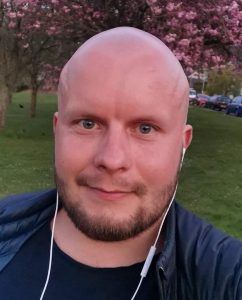 The force said this morning (Sunday 30 August): “Police are concerned for the welfare of a man missing from Brighton.

“Karolis Zvirblis, 28, was last heard from at 7.15pm on Thursday when he said he was on Brighton beach.

“He is described as white, 5ft 8in, of medium build, bald and with a dark, short beard.

“He was last seen wearing black utility trousers. The rest of his clothing is unknown.

“Police are concerned for his welfare as it is out of character for Karolis not to be in regular contact with his family.

“Anyone who sees him or who knows of his whereabouts is asked to contact police online or by calling 101 quoting serial 1468 of 29/08.”