A Brighton man has been jailed for cycling in St James’s Street – in breach of a court order. 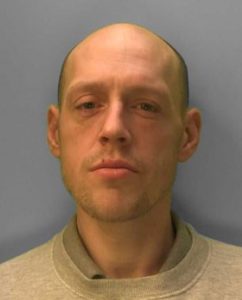 Sussex Police said today: “A persistent bike thief has been jailed for breaching his criminal behaviour order (CBO) which banned him from sitting on, riding or handling any bicycles in Brighton and Hove.

“Christopher Hussey, 38, of New Steine Mews, Brighton, was given the two-year order when he appeared at Brighton Magistrates’ Court on (Wednesday) 5 August after the magistrates were told he was a prolific thief, targeting pedal cycles in the city.

“Since May 2019, Hussey had been convicted of 12 offences, the majority of which were theft-related.

“Four of those, including the one which led to the CBO being granted, were for stealing bikes.

“The CBO prohibited Hussey from sitting astride, handling or being in any other way in possession of a pedal cycle, both manual and electric within the city of Brighton and Hove.

“The order also required him to undertake voluntary work and training.

“A member of the public contacted police with photographs of Hussey breaching his order by riding a red mountain bike in St James’s Street on (Thursday) 20 August.

“He was arrested and charged with breaching a criminal behaviour order.

“Hussey appeared before Brighton Magistrates’ Court on Wednesday (2 September) where he was jailed for 12 weeks.”

Inspector Lawrence McAndrew said: “We are pleased the court has recognised the persistence of Hussey’s offending by serving him a jail sentence.

“We hope this gives him the opportunity to re-evaluate and amend his behaviour.

“Anti-social behaviour and theft will not be tolerated on the streets of Brighton and we encourage anyone with information or concerns to report it to us so we can investigate.”