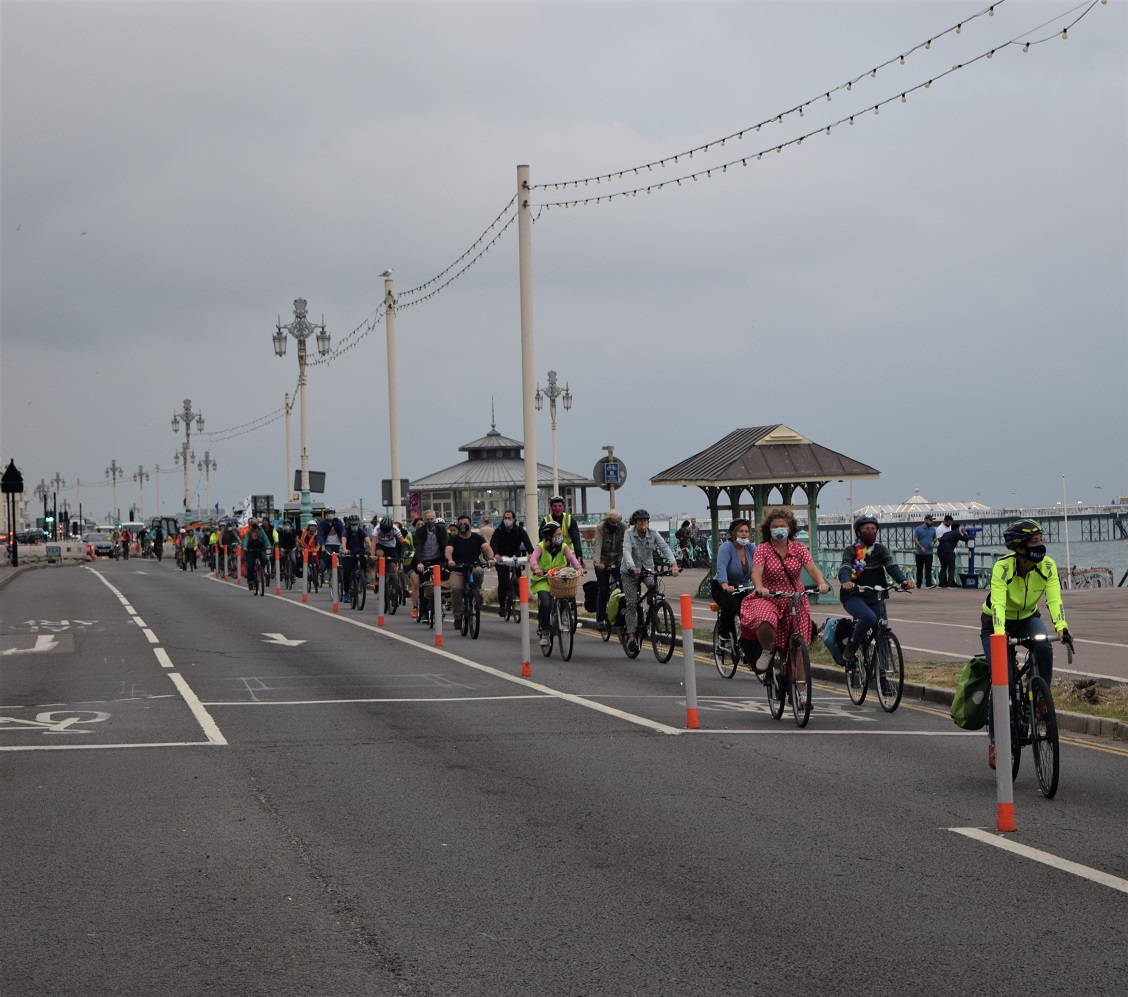 Scores of cyclists rode through Brighton and Hove yesterday to support the city’s new cycle lanes.

The Brighton bike swarm, organised by climate campaigners Extinction Rebellion and cycling group Bricycles, saw about a hundred cyclists ride from The Level to the West Pier.

Part of their journey took in new cycle lanes along Valley Gardens and the new A259 cycle lane.

Mimi Pellew, a spokesperson for Extinction Rebellion Brighton, said: “The ride was a fun, family-friendly celebration of the new cycle lanes that have been installed in Brighton and Hove.

“It also showed the breadth and depth of support from people of all ages for more active travel infrastructure so people can get around the whole city in a safe, healthy and green way.

“Government data shows that pedestrians and people cycling are twice as likely to be killed or seriously injured in a road traffic accident in Brighton than car drivers.

“Something has gone badly wrong in our city if the healthy, environmentally-friendly travel option is also the more dangerous one.
“There’s also no route to reducing pollution, which kills dozens prematurely every year in Brighton, and tackling climate change that doesn’t involve encouraging people out of their cars.

“On top of that, it’s worth noting that, as well as causing premature deaths under normal circumstances, pollution leads to worse outcomes for Covid-19 patients.

“The case for improved, safe cycling and walking infrastructure is overwhelming.”