A clutch of community heroes from Brighton and Hove have been nominated in this year’s BBC Make a Difference Awards.

The awards, run by Radio Sussex, aim to celebrate those who have gone the extra mile over the last year.

Brighton and Hove nominees range from a local shopkeeper to sea swimming instructors.

Mark Carter, BBC Radio Sussex acting managing editor and presenter said: “This has been a year like no other. It’s been such a difficult few months for so many people but on the positive side, it’s seen so many acts of kindness in the local community. Now, perhaps more than ever, it’s so important for us to recognise those who’ve gone the extra mile.” 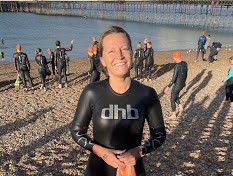 Raquel at the Pier to Paddle challenge last year

In the fundraiser category, Raquel Snajdar has been nominated for the many runs, bike rides and triathlons she’s done for Grassroots, the Brighton-based suicide prevention charity.

The nomination says: “Raquel recently got in touch after losing her sister to suicide. Wanting to raise awareness and funds, Raquel has gone on to take part in marathons, fun runs, triathlons, mud runs and bike rides. She’s also a wonderful advocate for suicide prevention.”

In the good neighbour category, Bhavin Patel who runs Guyatri News in Southover Street has been nominated for stepping in during the March lockdown.

The nomination says: “As soon as Covid 19 hit, Bhavin stepped in to become the community hub. From care homes to hotels, Bhavin continues to organise teams of community runners to provide items for the elderly right across the city.”

The organisers of two local choirs have been nominated in the music and arts category.

The nominations say: “When performances were cancelled earlier in the year, Lou Channon from Brighton Goes Gospel worked hard to keep the Community Choir together. Lou led an online choir and produced a documentary spanning the choir’s journey over the years.

“Jay and Rachel De Cock from Saltdean have worked tirelessly on their community-based, music projects throughout lockdown. Jay put together a number of online jazz courses while his wife Rachel set up the Saltdean Singing Club, an online alternative to going to a choir. They also staged fundraising concerts. 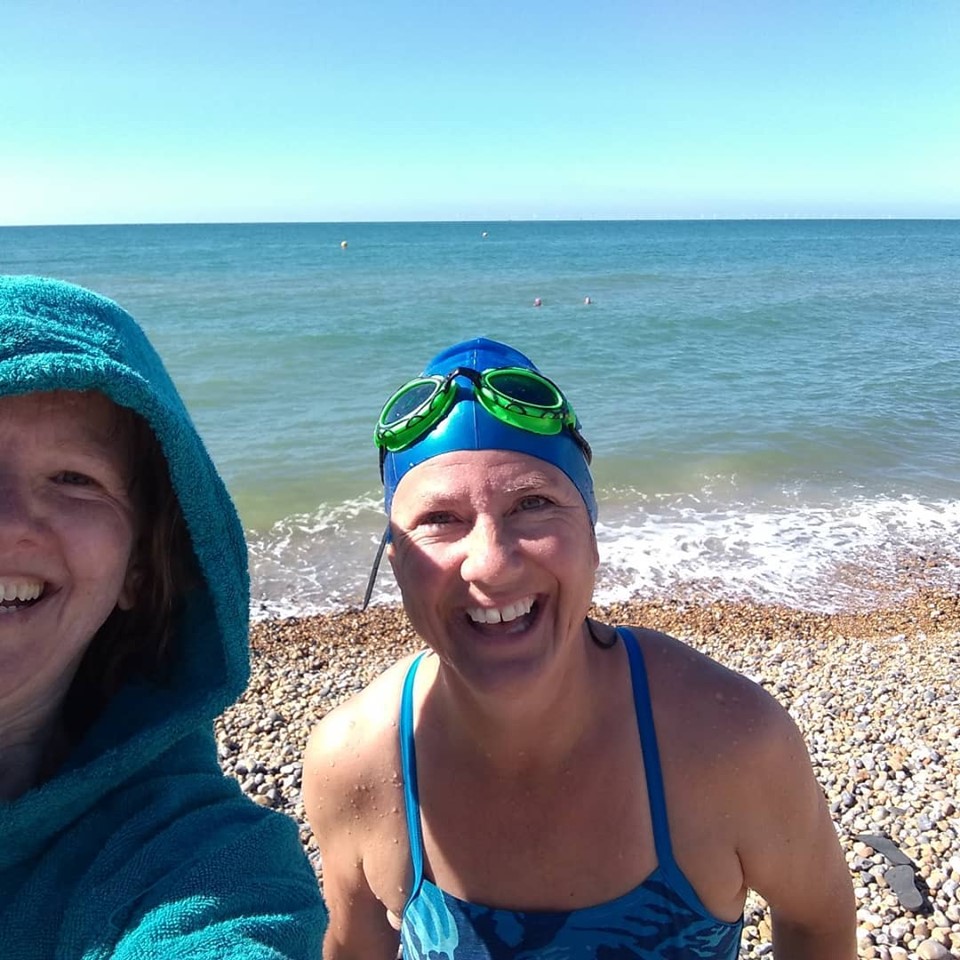 Kath and Cath from Seabirds

And finally, Seabirds Brighton has been nominated in the sport category. The nomination says: “Seabirds is a Brighton-based community interest business that promotes sea swimming as a way to improve wellbeing, both physically and mentally.

“It was set up two years ago by Cath Brown and Kath Ferguson. They run sea swimming safety courses, intro sessions and swimming lessons throughout the year.”