Domestic violence has risen since the start of the first national coronavirus lockdown, with an average of more than 500 cases a month, according to an official report.

The figures were set out in a quarterly report on community safety and crime in Brighton and Hove.

It said: “Recorded domestic violence and abuse was up by 17 per cent in the 11 months up to February.

“In the months since then, numbers have been higher than the average of the same months of 2018 and 2019, with the months of April and August particularly so.

“Sexual offences showed a drop in the months of March to June. In previous years, sexual offences have shown a clear link to the night-time economy.”

The first lockdown started on Monday 23 March – and from the start of March to the end of June there were about 240 sexual offences in Brighton and Hove.

But in July and August alone, after the lockdown restrictions had eased, there were almost 220 cases – averaging more than 100 incidents a month.

A year earlier the number of cases was between 80 and 90 in each month, the report said.

Key workers reported suffering more abuse during the lockdown. From March to July, there was a 26 per cent increase in abuse towards police and 56 per cent towards other emergency workers.

A number of other types of crime fell during the lockdown, according to the Brighton and Hove City Council report.

The report is due to be presented to the council’s Tourism, Equalities, Communities and Culture Committee next week.

“After 11 months of 2019-20 there was a greater increase (up 12 per cent) but people’s daily lives had begun to change due to Covid during the course of March, with the result that fewer crimes were already being committed during that month.

“Crimes have risen in the months since then. They remained lower (than average) until July but by August were 2 per cent higher than the average of the previous two years.

“Generally, crimes which happen in a public place, including violent offences, thefts and criminal damage and were much reduced during the months of April and May, when the tightest lockdown conditions were in place.

“However, they climbed up over the summer months. Criminal damage offences in August were particularly high.

“Crimes against businesses also dropped right down at the beginning of lockdown but continued to remain lower than in previous years throughout the summer.

“There always tends to be a seasonal pattern to cycle theft associated with how many people are cycling.

“But in addition to this, there was a particular spike in cycle thefts in May, perhaps reflecting higher numbers of people cycling for exercise over that period.”

The report also said: “The type of abuse has reportedly changed during the pandemic.

“During the period of lockdown, services report anecdotally that the type of abuse experienced was more likely to be non-physical, coercive, and/or include stalking and harassment.

“However, the same services report that since lockdown measures were eased, there has been a return in prevalence of physical abuse.”

The report highlighted concern over far-right activity, including graffiti and “zoom bombing” where people intrude into video conference calls.

And there were reports of the widespread distribution of the “Epoch Times” publication, produced by the Falun Gong religious movement, which was said to have included misinformation about covid-19 and racist messaging. 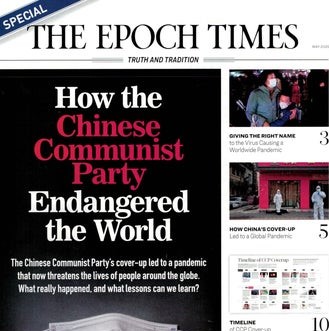 Reports of anti-social behaviour doubled in April compared with the average over the previous two years. They included reports to the police of groups breaking social distancing rules.

The council’s Tourism, Equalities, Communities and Culture Committee is due to hold a “virtual” meeting at 4pm next Thursday (19 November). The meeting is scheduled to be webcast on the council website.