The father of a young murder victim from Brighton reached out across the courtroom with an extraordinary offer of forgiveness as his son’s killer waited to be sentenced.

Abubaker Deghayes, 52, urged murderer Daniel Macleod and two fellow drug dealers to join him in setting up a trust in memory of 22-year-old Abdul Deghayes.

Macleod, 37, stabbed Deghayes eight times in a fight outside a block of flats just off Elm Grove in February last year.

Deghayes, of Chadborn Close, Brighton, had gone there with his friend Colby Broderick to buy cocaine.

Macleod, of Gipsy Road, south London, and formerly of Crawley, said that he killed Deghayes in self-defence but he was found guilty of murder unanimously by a jury at Southwark Crown Court after a five-week trial.

On Friday (13 November) Judge Nicholas Hilliard jailed Macleod for life and ordered him to serve a minimum term of 19 years.

Stephen Burns, 56, of Lennox Street, Brighton, was cleared of helping Macleod after the murder.

But he and another man, Abdi Dahir, 25, of Meadowview, Brighton, admitted drug dealing – cocaine, ecstasy and cannabis – as did Macleod. They were all jailed for their part in a drug-dealing business known as “Frank”.

Drugs worth more than £100,000 were found at their stash house in Bristol Gate, Brighton.

In court on Friday, Mr Deghayes said: “This is another very, very, very sad day. With the loss of Abdul, Daniel Macleod becomes a total loser.

“Drugs and drug money are contaminated with invisible blood. Drug dealers – poison pushers – end up seeking visible blood to fulfil their addiction for the destruction of others.

“This destructive epidemic is so widely spread to the extent that it no longer draws the attention of the authorities nor members of the public as it should. Only the people burnt by it feel the pain and the heat.

“The danger of drugs is all around. It’s there when we send our children to school.

“Until this day there doesn’t seem to be a way of dealing with this other than punish, punish, punish. Which is not the way to deal with it.

“Abdul was stabbed nine times, brutally murdered. You would not treat an animal like that.

“Accept those who repent and make amends and openly declare the truth which they concealed.

“Indeed, good deeds do away with misdeeds. To you and the other suspects, that is a reminder for the mindful.

“For two months I have come every day. Mr Daniel Macleod, you looked me in the eyes several times saying many things.

“Among them, I remember you said you feel sorry for what happened. The right path is to repent.” 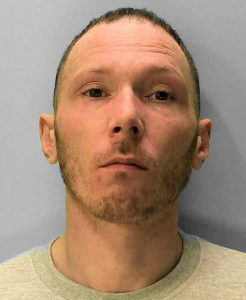 Macleod said: “I am sorry.”

Mr Deghayes added: “Therefore, I take your feeling of sorrow at face value and stretch my hand to forgive, provided good comes out of this bad murder.

“If the law allows, let us jointly establish a trust in the name of Abdul and others involved in this case to treat and help drug addicts in Brighton, Crawley and Streatham, your prime drug market, with maximum damage from your years of drug dealing, also to improve the polluted environment for your sons and my grandsons to safely grow in.

“I’m not saying Abdul was an innocent angel. 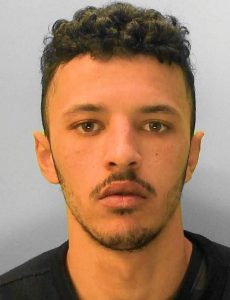 “Abdi, you used to come to the house. You were friends from childhood. Help addicts from the drug trade which you were involved in and Abdul was involved in.

“If you want something good to come from bad, we will form a trust to help drug addicts, of whom there are many, many, many, and try to help them come back to a normal life.”