A campaigner called on councillors to close the dog track in Hove but was told that they did not have the power.

Animal rights campaigner Sarah Whitehead presented a petition with more than 9,000 signatures electronically and 2,000 on paper to a virtual meeting of Brighton and Hove City Council.

She asked councillors to revoke Coral’s licence to operate the Greyhound Stadium, in Nevill Road, Hove, at a meeting of the full council this evening.

Ms Whitehead spoke on behalf of the Close Hove Dog Track campaign, criticising the sport and saying that many of the 10,000 dogs that retired from racing were not rehomed but destroyed.

She also criticised the admission of children into the stadium when they were not allowed into betting shops.

Ms Whitehead said: “Greyhounds are bred purely for racing. They are not classed as dogs but as livestock by DEFRA (the Department for Environment, Food and Rural Affairs).

“Right from the start, they’re bred for exploitation. Forty-eight per cent of dogs are put to sleep as puppies not making the grade.”

Ms Whitehead, who has protested outside the stadium since 2018, was fined £700 and ordered to pay £500 costs and a victim surcharge of £120 for shouting abuse at race-goers at a hearing at Horsham Magistrates’ Court on Wednesday 9 December.

Green councillor Elaine Hills responded to the petition on behalf of the administration. She said that the council did not have the power to close the track.

She said while she would like to see an end to greyhound racing in Hove, the council did not license the stadium, only the bars selling alcohol inside. 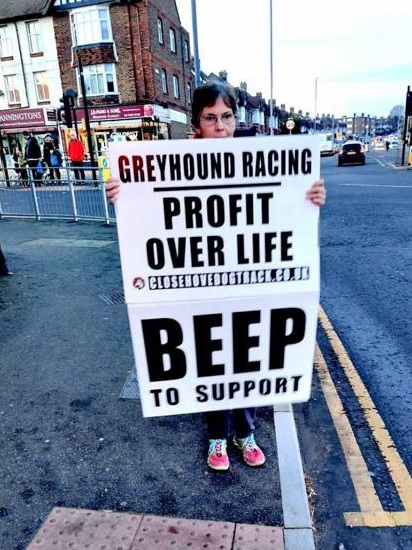 Councillor Hills said: “As you say in the petition, thousands of dogs are deemed surplus to the industry’s requirements every year – retired racing dogs and young dogs that didn’t make the grade.

“And it’s left to charities to rehome many of these unfortunate animals – and they’re the lucky ones.

“Many others are killed or sold to countries where there are few or no animal welfare laws to protect them.

“So I am very much behind the sentiment of this petition, for greyhound racing to stop.

“However, regarding the request of the petition to revoke Coral’s licence, there is no licence to revoke as such.”

Coral owns the site and the Greyhound Board of Great Britain governs animal welfare standards. 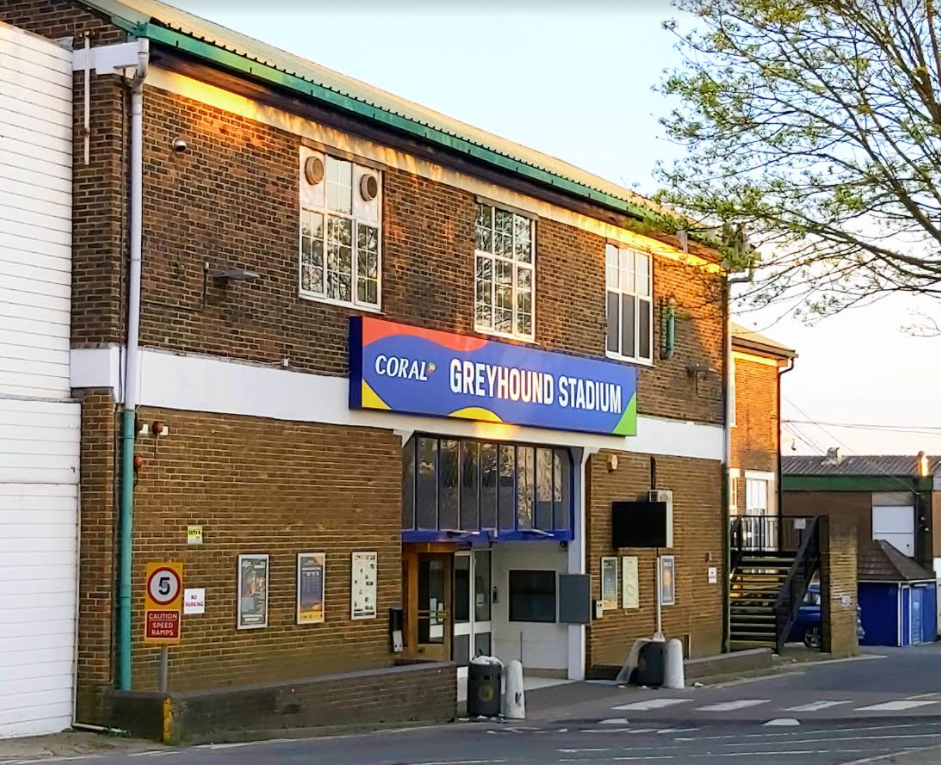 Conservative councillor Vanessa Brown, who represents Hove Park ward, which includes the dog track, said that she was not “a lover” of greyhound racing but the council could not control a private enterprise.

She criticised campaigners for shouting abuse through megaphones aimed at race-goers because it affected people who live near by.

Councillor Brown said: “Some of my elderly residents, and those with young children, are frightened to go out of their houses when the demos are taking place as many of them have been verbally abused.

“The police have to attend these demonstrations, taking them away from other vital work.”

Councillor Brown also cited the criminal conviction of a protester for hurling abuse at people outside the stadium.

Labour councillor Jackie O’Quinn said that she agreed with the protesters’ position.

She said: “Attitudes have changed considerably regarding animal welfare in the last 100 years and there are deep concerns now about the welfare of greyhounds involved in this sport.

“Those concerns are shared in such countries as Australia and America where legislation has been brought in to improve the welfare of racing greyhounds.”

Councillor O’Quinn said that the Greyhound Board of Great Britain needed to address the “avoidable and unnecessary deaths” in the sport.