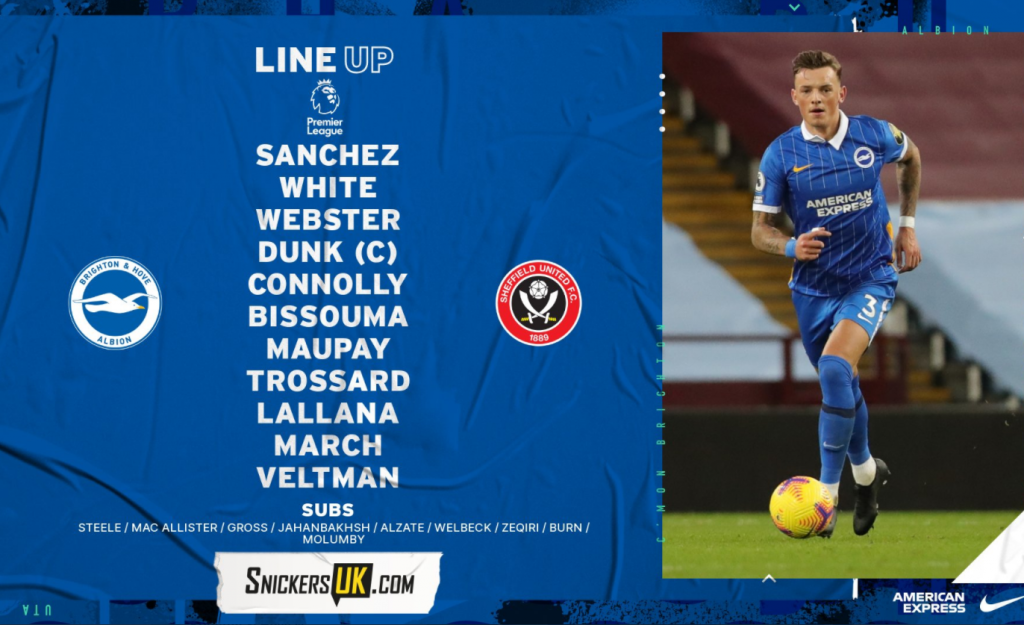 Aaron Connolly makes the starting line up as Danny Welbeck drops to the bench as Brighton host Sheffield United.

As Albion can now name nine substitutes (but use only three), Swiss signing Andi Zeqiri makes his first appearance in the squad.

Roberto Sanchez will start in goal again, with Jason Steele on the bench.

The Blades have yet to win this season and have lost eight matches on the trot.