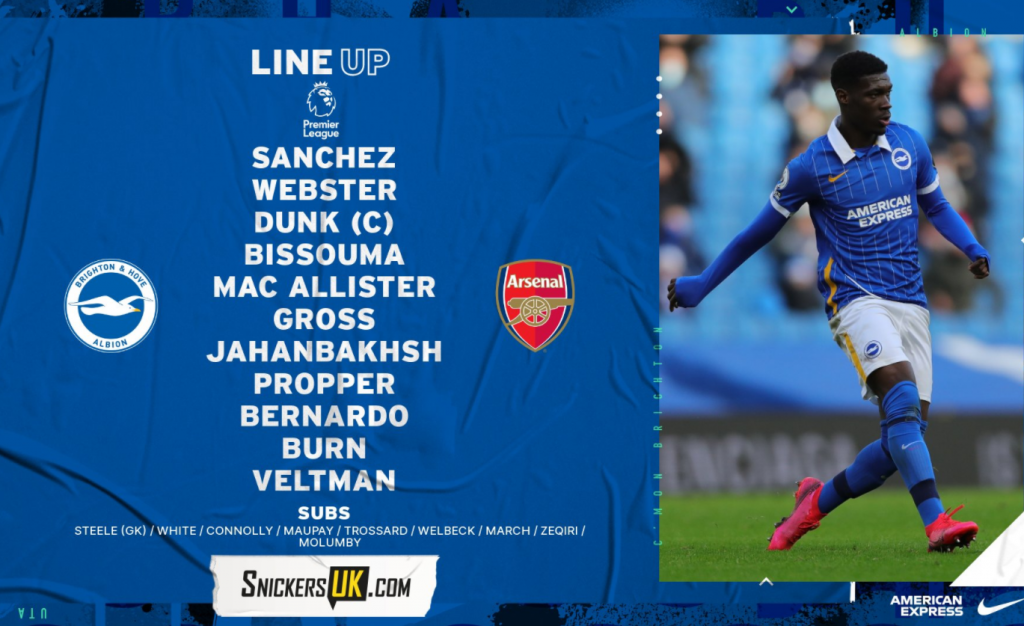 Graham Potter appears to have gone for a Mark McGhee Christmas 2005  style line up as he rings in the changes as Albion host Arsenal.

Fifteen years ago McGhee left Albion fans scratching their heads as he picked fringe players for a match away to Luton Town.

Potter has chosen Alexis Mac Allister and Alireza Jahanbakhsh ahead of Neal Maupay and Danny Welbeck.

Bernardo also makes a rare start as Ben White drops to the bench.