Brighton woman with covid jailed for spitting at police officer

A Brighton woman with the coronavirus has been jailed after she told a police officer that she was infected and then spat at her. 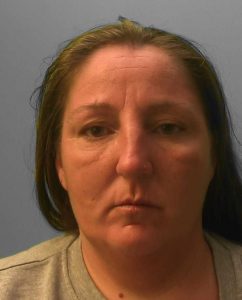 Christina Whelan hit another police officer in the face and punched paramedic Andrew Dyer in the stomach at the Royal Sussex County Hospital, in Brighton, on Tuesday (12 January).

Whelan pleaded guilty to three counts of assaulting an emergency worker – Mr Dyer, PC Dave Rea and PC Lauren Reid – as well as to a charge of assaulting Mr Dewdney.

She admitted the tirade of abuse and a charge of resisting a police officer – PC Max Setra.

Sussex Police said that at about 8.30pm on Tuesday officers “heard a disturbance and found a woman behaving aggressively towards staff”.

The force said: “Officers intervened and one PC was struck and another PC spat at by the suspect who said she had covid-19.

“She continued to shout abusive language and also assaulted a member of security staff at the hospital.”

Chief Inspector Roy Hodder said: “Our officers and NHS colleagues work incredibly hard to protect and support members of the public and it is completely unacceptable that they should face this kind of appalling treatment while carrying out their duties.

“We are pleased the court has recognised the severity of these offences and served the defendant with a custodial sentence.

“Being assaulted should absolutely not be part of the job as a police officer or NHS staff and we are grateful to our colleagues for the challenging work they undertake every day.”